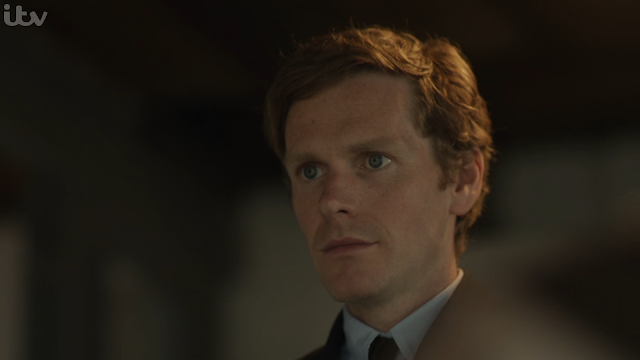 Chess, swimming pools, creepy dolls, fishing, computers, Oxford - you'd be hard pressed to figure out what these things have in common, but happily, Endeavour Morse is here to do that for us.

Series 4 of Endeavour picks up two weeks after we saw Joan Thursday pack her bags and hit the road. A lovelorn Morse and a befuddled Thursday are still working through the implications of her decision. Thursday retreats into surly irascibility. Morse, meanwhile, is resentful and thin-skinned, snobbish and sarcastic. 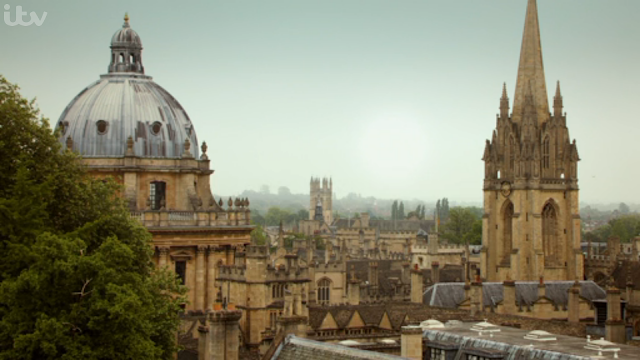 Neither man can talk to the other about what has happened, but this doesn't stop the sparks from flying - both Morse and Thursday are operating on a hair trigger. It gets worse when Morse finds out he's failed his sergeant's exam (probably due to meddling by the Powers That Be). He's livid, taking out his anger on Bright and Thursday. Thursday wants to sulk, so he rejects Morse's suggestions about the case, frustrating the young man further. But despite the occasional shouting match, they stick together - Thursday stands up for Morse when Morse's notebook is stolen, and Morse gamely tries to lift Thursday out of his gloom.

As for the case itself, it begins with the discovery of a body in the river. It's Professor Richard Neilson from Lovelace College, the first of three drowned victims found in quick succession. The next two are found at East Cowley Slipper Baths: Miss Palfrey and Edison Smalls. Morse finds a few clues around the body of Miss Palfrey: a crucifix and a word scrawled on the mirror in steam: Denial. As the clues pile up, Morse becomes convinced the three deaths are connected. Besides their method of death, each victim had some connection to chess and traces of plaster in their nostrils. 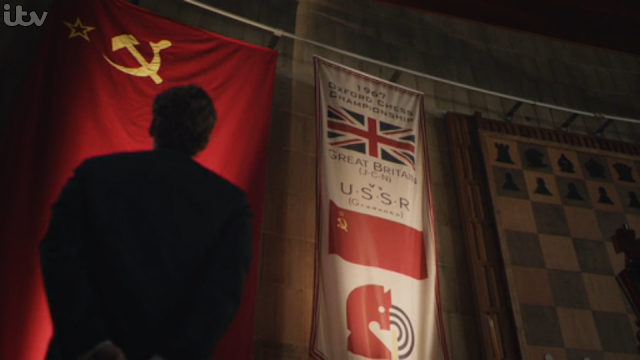 Meanwhile, politics are brewing. Chief Superintendent Bright is worried about keeping Professor Neilson's death quiet in the midst of a high profile chess match between Soviet Yuri Gradenko and a "thinking machine" designed by Oxford academics, among them: Neilson.

Neilson's colleagues are wheelchair-bound Professor Amory and his daughter, Dr. Amory, as well as shy Dr. Broderick Castle, brash Dr. Clifford Gibbs, and Dr. Bernard Gould (the one with glasses). Why the adjectives? Well, as the plot spins on, it's almost impossible to keep track of the shopping list of suspects, since there's barely any character development here.

The episode is less about the quarry than the chase, as Morse tracks down clues in atmospheric locations. Morse claims his job is all about legwork and paperwork - which turns out to be true as he investigates underground passageways and calls on cutting edge technology to sort through thousands of names. If the characters are left vague, at least the chase is quite exciting. 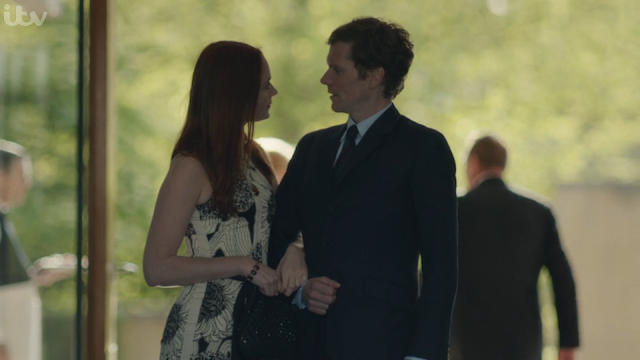 The final pieces on the board are the press. Dorothea Frazil is back in a larger role this time, perhaps in response to Inspector Morse's 30th Anniversary. Early in the story, Dorothea introduces Morse to her friend and beau, crime novelist Kent Finn. One of her employees is keen reporter Tessa Knight, who bedevils Morse's investigations from the moment they cross paths.

It's all a bit much - between the usual suspects and a myriad of physical clues, I only barely managed to keep up with the plot, which is trying very hard to be Series 1's Fugue. It can't quite succeed, but it manages some good thrills and if the villain's character hadn't been established, their stylishly evil lair and motivation made up for it. The subplot between Morse and Thursday rings true, but I'm glad it's been resolved quickly. We've happily left behind the series' overt plundering of literary and pop culture - there are no Great Gatsby or Jaws references to distract us*, but the episode still feels strikingly original. All in all, an enjoyable, if overstuffed, first installment. I look forward to the rest of the series, which has begun with both style and substance.

My review of the next episode: Canticle