He Has Given You a Name 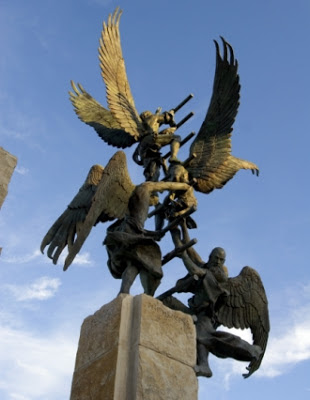 (All scripture quotations are taken from The Severely Dramatized Gospel of Longish.)

When somebody meets you, what’s the first thing they ask? If you’re not me, it probably won’t be “Oh my gosh! Can I have your autograph?” But even us famous people are asked “What’s your name?” occasionally. After that, it’s generally “What do you do?” or “Where are you from?” Those questions are the basic building blocks for forming a mental portrait of other people. If you’re from up North, you probably won’t be interested in the latest Redskins game. If you’re a mechanic, you probably won’t be too interested in philosophy. But even though a name doesn’t tell us much anymore, it’s still one of the first things asked.

Why is that? Back in the day, it was because folk wanted to know who your pa and ma were. Before that, to what tribe or feudal lord you owed your allegiance. And way, way, back, in ancient , it was to know who you were meant to be. These days, it’s just a formality, but in the patriarch Jacob’s day, names meant a heck of a lot.

Ever since 2008's Al Smith dinner, I've been looking forward to this one. I must say, both candidates were hilarious, but neither of them as funny as John McCain back in the day. But while neither may have a future in stand-up comedy, I thought they were both great. Who knew that they could grin like that???

Posted by Hannah Long at 5:15 PM No comments:

Light for the Lost Boy - a Review 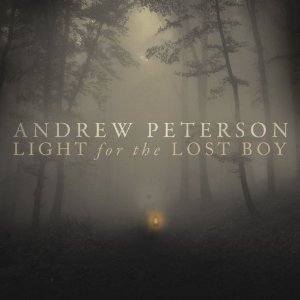 I remember the day of the Tennessee Flood,
The sound of the scream
and the sight of the blood.
My son he saw as the animal died
in the jaws of the dog as the river ran by,
He said, "Come back soon." 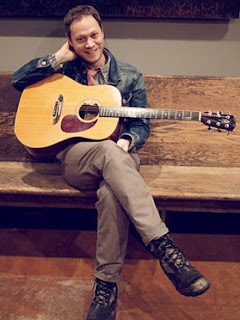 It takes guts to start an album with lines like that. When I first heard them, I was surprised and intrigued. And right from the get-go, Andrew Peterson fans, both new and old, aren’t quite sure what to expect. Unlike his previous albums, Lost Boy is immediately dark and brooding, while at the same time deep and satisfying.

The instrumental backing, (and in particular, the addition of the epic drumming of Will Chapman—yes, son of Steven Curtis) is much broader than with earlier records. Gone are the folksy banjos and fiddles, enter drums and mournful electric guitar. While unusual at first, I quickly decided it was cool, and it certainly still had that Andrew Peterson vibe to it (references to thunder and mountains, and at least one song with hammered dulcimer).

Come Back Soon, the opening track, introduces the main theme of the album: loss of innocence. The album draws inspiration from both The Yearling and Peter Pan, and there is frequent imagery of a boy, lost in the woods. In some ways, starting the album with Come Back Soon feels like starting off right where his previous record, Counting Stars, left off. Counting Stars ends with the lines,

I know that I don’t know what I’m asking,
But I long, Lord, I long to look you full in the face,
I am ready for the Reckoning.

Read more »
Posted by Hannah Long at 5:35 PM No comments:

The Creed of the Modern Thinker

I haven't quite finished the next blog post, but in the meantime, here's a quote I heard in a Ravi Zacharias podcast some time ago. It makes me laugh every time, but the postscript is chilling. It was written by a secular journalist, sarcastically poking fun at his own beliefs.


The Creed of the Modern Thinker

We believe in Marx, Freud and Darwin.


We believe in sex before, during, and after marriage.

We believe in the therapy of sin.

We believe that adultery is fun.

We believe that sodomy is okay.

We believe that taboos are taboo.

We believe that everything getting better despite evidence to the contrary.

The evidence must be investigated and you can prove anything with evidence.

We believe there’s something in horoscopes, UFOs and bent spoons.

Jesus was a good man, just like Buddha, Muhammad, and ourselves,
He was a good moral teacher, although we think basically his good morals were really bad.

We believe that all religions are basically the same; at least the ones we read were,
They all believe in love and goodness, they only differ on matters of
Creation, sin heaven, hell, God, and salvation.

We believe that after death comes nothing because when you ask the dead what happens, they say nothing.

If death is not the end, and the dead have lied, then it’s compulsory heaven for everyone,
Except perhaps Hitler, Stalin and Genghis Khan.

We believe in Masters and Johnson,
What’s selected is average,
What’s average is normal,
And what’s normal is good.

We believe that there are direct links between warfare and bloodshed.

Americans should beat their guns into tractors and the Russians would be sure to follow.

We believe that man is essentially good; it’s only his behavior that lets him down.

We believe that each man must find the truth that is right for him and reality will adapt accordingly,
The universe will readjust, history will alter.

We believe in the rejection of creeds and the flowering of individual thought.

If chance be the father of all flesh,
Disaster is his rainbow in the sky,
And when you hear: “State of emergency:
Sniper kills ten, troops on rampage,
Youths go looting, bomb blasts school,”
It is but the sound of man worshipping his maker.

Posted by Hannah Long at 7:20 PM No comments:

﻿﻿﻿
﻿﻿﻿﻿
I've been a fan of murder mysteries for a long time, but this year in particular I've been bombarded by mystery shows, movies, and books. We watched the RDJ/Jude Law Sherlock Holmes movie in the spring (an abomination, most Sherlockians say, but I thought it was fun), were then prompted to watch the first season of Sherlock (wonderful, most Sherlockians say, and they’re right).

From there, along with our old favorites (Poirot, Inspector Alleyn, Miss Marple, Cadfael) we moved on to Foyle’s War, Midsomer Murders, Murdoch Mysteries, Inspector Morse, and Campion. Right now I'm into Dorothy L. Sayers's Lord Peter Wimsey novels and am watching Hetty Wainthropp Investigates. I have two Charles Finch novels on my book shelf, and me, my mom and dad are halfway through Inspector Morse series.

So, needless to say, if you need to know how to kill someone, talk to me.

Read more »
Posted by Hannah Long at 6:29 PM No comments:

Only a Slave Can Be Truly Free - Paradise Lost

I tend to prefer the epic to the commonplace. While Shakespeare’s tightly plotted tragedies and comedies are hardly everyday fare, compared to John Milton’s Paradise Lost, they’re as familiar as an alarm clock in the morning. Because really, Paradise Lost is high fantasy. Fantasy based on fact, but still legendary in scale. Peopled with fantastic creatures and transcendent beings, colossal settings and astounding descriptions, Paradise Lost consists mainly of letting his imagination run wild as it fills in gaps between the first few chapters of Genesis.

doesn’t just try his hand at description; he also takes a shot at theology. Obviously, anyone who creates a fictional story puts their characters in a world where the author’s views are Truth. For instance, judging the bulk of literature, one concludes that most of humanity (consciously or unconsciously) believes in an ultimate Happy Ending, and longs for the triumph of Justice.

“…and they lived happily ever after.”

The main ideas that jump out in Lost (really, the TV show wasn’t very true to the book), are those of justice, pride, freedom, gratitude, and forgiveness. certainly isn’t a universalist. He correctly understands that every time God forgives, he must do so at the expense of his justice. Of Jesus he said:
Read more »
Posted by Hannah Long at 6:26 PM 1 comment: