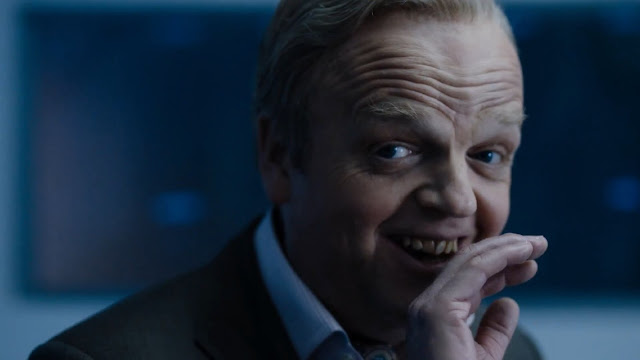 My review of The Six Thatchers

Just when I thought Sherlock couldn't surprise me, it comes out with this. While The Lying Detective isn't quite to level of the show's highs, it corrects almost all the problems I had with the previous episode and turns the series back in a positive direction. Whether that will last is up for grabs, but I'm feeling optimistic.

After a solemn therapy session with John (Amanda Abbington is there to add a bit of humor), we jump right into a compelling case, with a compelling villain. Toby Jones has been a ubiquitous bad guy on both the big and small screens, but he still manages to bring something new to the sleazy, vulgar Culverton Smith. In fact, he's so sleazy that one wonders how he can rely on his fame and likability to convince the world he is not a proliferous serial killer.

Cut to Sherlock. Mary's death has sent him into a deep depression which he combats with work and drugs. Usually, Sherlock's quite a brat when he's high, but it seems everybody's favorite sociopath has finally undertaken what may be his toughest case yet: character development. His interview with a new client - "Faith Culverton Smith" - is full of the usual affectations: showing off, unnecessary, somewhat insensitive deductions - but he caps it all off by warning her against taking her own life. It's one of my favorite lines from the Holmes canon: "Your life is not your own. Keep your hands off it." 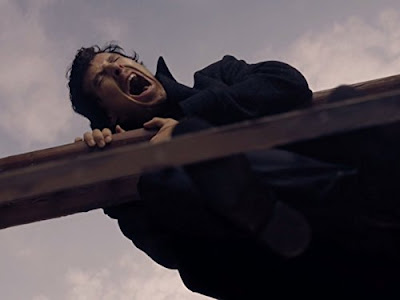 Sherlock Holmes speaks this Biblical paraphrase in The Adventure of the Veiled Lodger, and what he says next might as well describe the ordeal Sociopath Sherlock endures in this episode: "The example of patient suffering is in itself the most precious of all lessons to an impatient world." He's finally going through the purgatory that his selfishness requires. And he's doing it the right way. I was afraid the show would wallow in self-indulgent emotion, and this is certainly a problem in the episode's talky second half, but largely, the characters' grief leads them to substantive conclusions about their flaws and the value of life. Sherlock has suddenly accepted the value of his own life, which turns Mary's seemingly pointless sacrifice into an act of grace that could have a meaningful impact on the character of Sherlock Holmes.

Indeed, Sherlock is on a mission to demonstrate his new "lives matter" policy. While this particular iteration of Holmes has usually taken cases because a) they're interesting, b) he wants to show off or c) he enjoys the danger - the Culverton Smith case is a more straightforward story of a detective fighting injustice against the poor. Sherlock Holmes thinks Culverton Smith is the most evil man he's ever met, not for any personal reason, but because he has suddenly discovered empathy for the most vulnerable in society. It's a crusade against the system and the villains it protects. Sherlock isn't doing this for fun.

Sherlock concocts an elaborate scheme to both pull John into the case and smuggle himself into Culverton Smith's swanky hospital. The first he does by enlisting Mrs. Hudson and Molly - Mrs. H. to stage a high-speed car chase (completely improbable, but so much fun that I forgive it) and Molly to give John a second opinion about Sherlock's declining health. 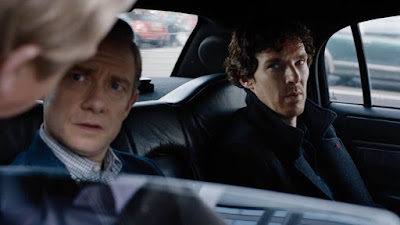 Next: to get the two of them into Culverton Smith's lair, Sherlock makes his accusations of Culverton Smith public, which the latter uses as an ad campaign: "I'm a Cereal Killer!" Leading John and Sherlock on an extensive tour of his empire, Culverton Smith is determined to both taunt his accusers and demonstrate how untouchable he is. What he ends up doing is play right into Sherlock's plan to entrap him.

So does John. Mary's final instructions to the great detective were to draw John back into his life of crime-solving. While, last week, I would have viewed that order with skepticism, fighting crime with this new, moral Holmes seems far less self-destructive than the previous mutual addiction to danger.

Perhaps this means Mary did have a purpose, after all. I don't like the dismissive way she was written out, but I must say the show is a lot more focused now she's gone. Her assassin backstory was a twist nobody was looking for in His Last Vow, and that nobody particularly wanted. That she's at her best on the sidelines, enabling the show's central partnership, shows the weaknesses of the character, but also the strength and necessity of the "Holmes and Watson contra mundum" formula. I'm glad we're back to it.

My review of The Final Problem.

Longish
Posted by Hannah Long at 10:07 AM