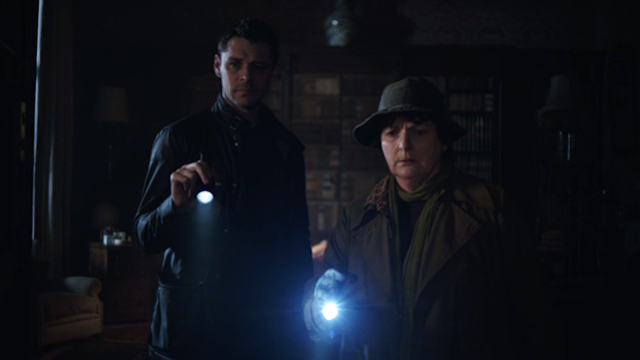 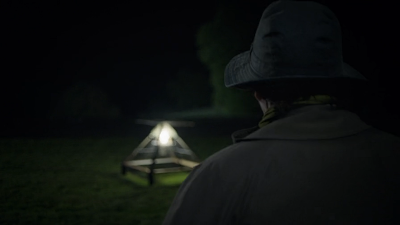 At first, the moths seem to be part of the mystery - but Alex's professor, Alan Randle, denies they have any connection to her work. The moths were actually related to the dead man. His name was Martin Neilson, and he lived with his elderly, bed-ridden mother, Kitty. Cursory investigation into Alex and Martin's lives seems to rule out a romantic relationship - Alex, her mother, Vanessa Gartside, reveals, was a lesbian. On the other hand, Martin was fired from his volunteer position at a prison charity for lewd remarks, according to his employers: the Hewarths. His solitary life dominated by his mother and hobby (collecting moths) leads Aiden to suspect Martin is a sexual predator.

The estate's immediate neighbors - Brian and Lorraine Hallam - look shocked and innocent when they hear the news, which automatically moves them high on the suspect list. Their daughter, Lizzie, was a friend of Alex's, which annoyed Lizzie's boyfriend, Jason McNeive, a surly young man who was spotted speeding a white van close to where Alex was killed. He claims to have been chased off the estate by Harry Benton. 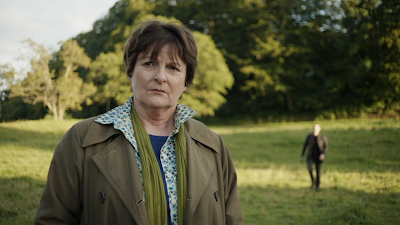 This is the first episode adapted from an Ann Cleeves novel since On Harbour Street, in the Joe Era, so I was curious to see how the show's new cast and style would handle the shift. As it turns out, they do pretty much the same thing they always do: Blethyn carries the show and the rest of the cast have a few nice moments but don't come into the foreground for long. Bethany's replacement, D.C. Hicham Cherradi, is set up to be as boring as she was - a hint of conflict when he meets Vera is quickly forgotten and his ethnicity doesn't add anything to the character but an unusual name. He's an adequate actor, but the character is underwritten.

In the meanwhile, Vera finally gets to meet Aiden's other half. To be honest, Charlie and Vera have more natural chemistry than Vera and Aiden. I'd rather listen to the two women chat about unimportant things than watch Aiden stand around being cute and occasionally delivering expository dialogue. His attitude towards his new family of constant frustration, bordering on embarrassment, is becoming a bit wearing. Hopefully, the birth of his child will change that, but I'm not holding out much hope. 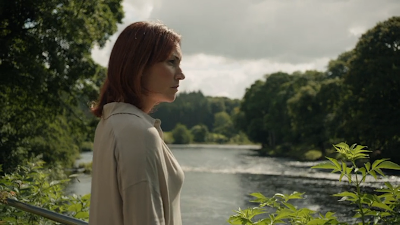 Vera has abandoned the dark mood of last week's episode, and her only flaws on display here are a tendency to neglect sleep and food. But her neglect doesn't add up to anything - it means she's reckless enough to confront the killer on her own, but doesn't face any consequences for that - not even a rebuke from those who care about her.

At least, not a substantial one. Perhaps the only character to do something genuinely unexpected is Kenny: he expresses worry about Vera's health and then ducks and runs for cover. This may have been influenced by the fact that, in a burst of enthusiasm, Vera kissed Kenny on the head earlier in the episode. Jon Morrison's embarrassed laughter was so genuine that I suspect Blethyn improvised the moment.

The mystery itself is fairly efficiently translated to the screen, but shackled by a superfluity of suspects. When an old farmer's daughter becomes important halfway through the episode, I couldn't even recall her face or name. I did appreciate, however, that what seems at first like a massive coincidence of two unrelated deaths does resolve itself out into the actions of one killer (if, on the one hand, indirectly). It's a well-plotted episode, and the motive and solution all hang together, which is nice after last week's improbable killer. My favorite part of the episode was the lovely scenery - the silent creepiness of empty houses, the gusty freedom of farmland, and the windswept clarity of the sea and sky are all showcased here.

My review of next week's episode: The Sea Glass. 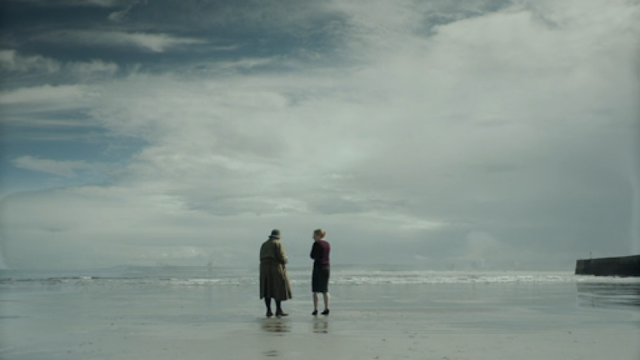