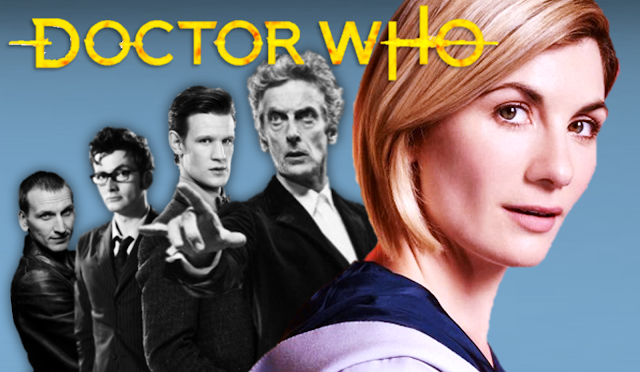 New Who - the Revived Show

Doctor Who is a great show, but let's be honest, it can be a bit intimidating to know where to jump in with a 56-year-old series. Luckily, I'm here to help!

Let's start out with some history. Doctor Who started in 1963, but was cancelled in the 80s and subsequently revived in 2005. It's been running ever since. I'm assuming you want to start with the post-2005 revived show, called "New Who" or "NuWho," so this list covers that. I've also posted a list for the classic show. 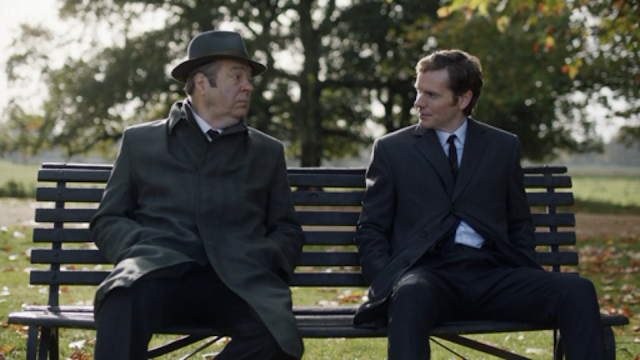 My review of the previous episode: Quartet.

That's it for Cowley, then. Mr. Bright begins the episode announcing the station's closure, to a welcome return of an opera soundtrack. The news confirms Fred in his plans to retire. Fancy, in love with Trewlove, has bought a ring. Trewlove wants to transfer to the Yard.

At first, I thought Morse was taking Thursday's retirement so hard that he'd quit the police force, but it turns out he's going undercover as a teacher at a boy's school. He's not alone. Trewlove is along to play Mrs. Morse, a narrative stretch that does actually push the characters in interesting directions, but still feels implausible. 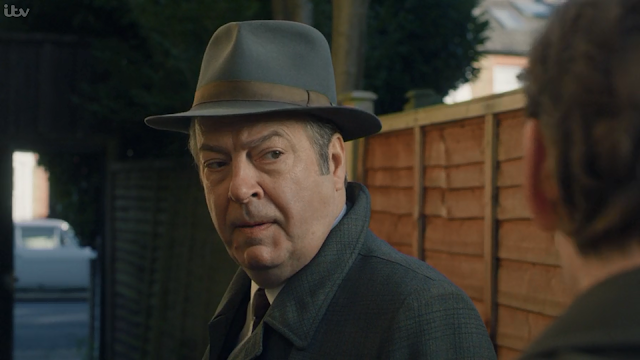 My review of the previous episode: Colours.

There's no real reason for all of the Thames Valley crew to be at the Jeux Sans Frontières, a weird game show pitting European teams against each other. Are they there for security? I mean, that's for beat cops, not detectives. I can't imagine Morse or Max attend such events for fun, especially Max, who's fully decked out in his usual bow-tie and suit. In any case, it's lucky the team are there to immediately respond when the German "Giant" is assassinated by the Swiss. A little boy is caught in the cross-fire. The Swiss giant disappears. International incident, here we come. 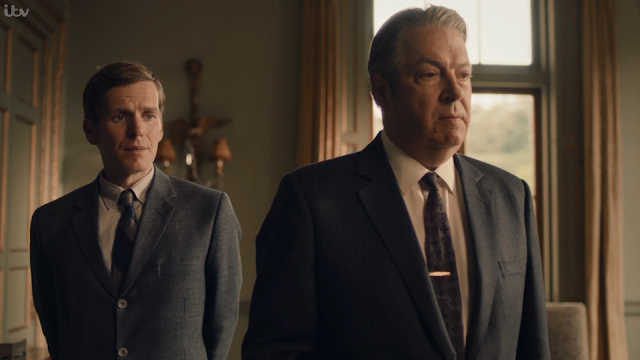 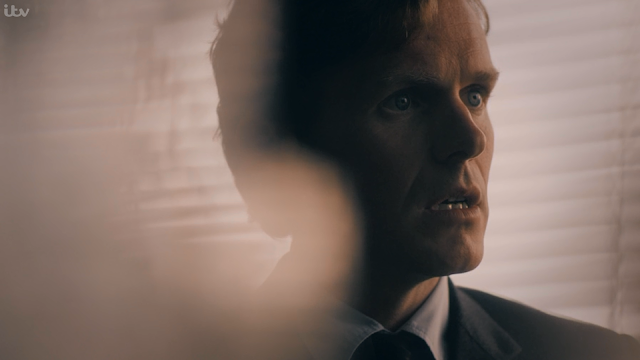 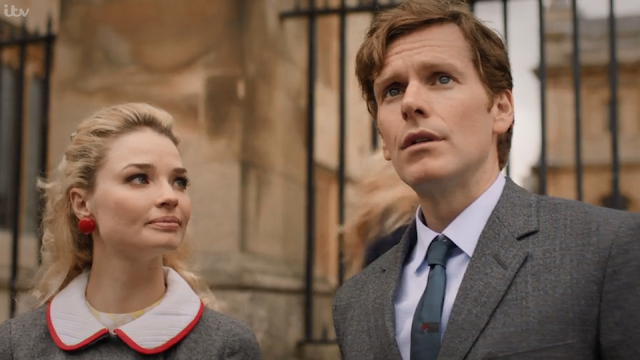 My review of the previous episode: Muse.

The characters have settled in for series 5 with a slower, less edgy second episode. The story begins in a classic theater showing old mummy thrillers featuring Emil Vandemar, the fictional third star in a trifecta of horror masters (together with Karloff and Lugosi). Vandemar is preparing to show his new film, The Pharoah's Curse, also starring Jason Curwin, Veronique Carlton, and directed by Zoltan Xarkoff.

The next day, theatergoer Ronald Beavis is found dead in his bed in Jericho. He died due to strychnine poisoning from an orange squash. Beavis was a former sergeant for the Oxford City Police, but he'd recently been working in a museum of antiquities. His Egyptian co-worker, Dr. Moharram Shoukry, spends most of the episode bitter about culture appropriated from his home country, be it artifacts or cheesy movies. (My impression is that he's a bit of a stereotype - the mystical foreigner who asks questions about "the after life" and says self-importantly that he "speaks for the dead.") 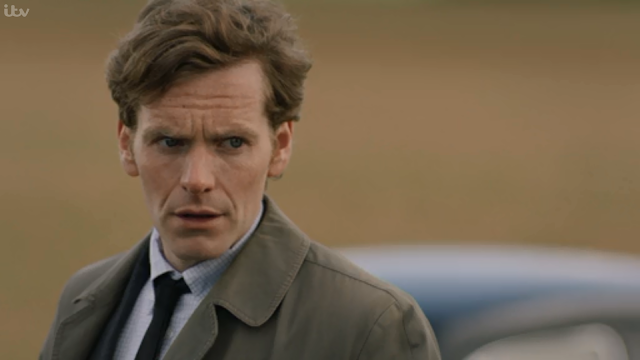 Things are changing for the Oxford Constabulary - for one thing, it's looking at a name change. Morse and Robbie Lewis's Thames Valley Police is on the way in and it's uncertain who will make the cut. Older coppers like Bright and Thursday fret about retirement; Morse worries he'll be reassigned elsewhere. Meanwhile, in come the young crowd. Sociable young constable George Fancy is Morse's new protege, a sort of proto-Lewis with an eye for the ladies. In fact, Fancy chats up the first lady he meets, Trewlove, which immediately made me guess where the episode's themes were going. 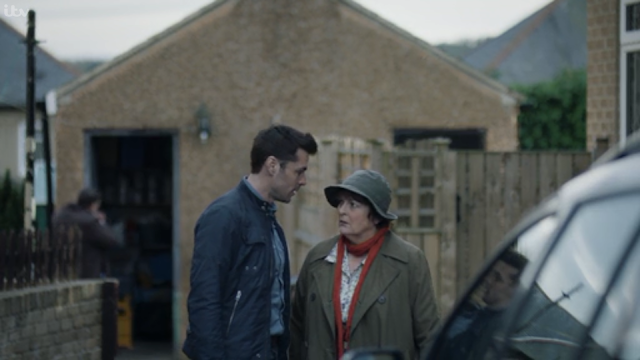 My review of the previous episode: Home.

A striking location is the star of the show as authorities recover the body of a teenager from a pristine reservoir. His name was Ethan Dewley, a bullied youth whose parents, Sean and Ellie, had just split up. His mother lived in the city. Marcus suspects that, due to head injuries, Ethan's death wasn't accidental. 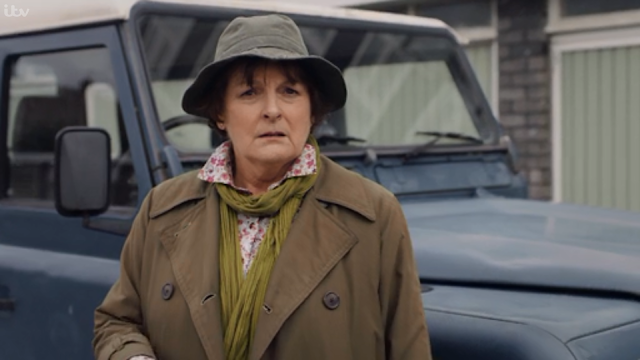 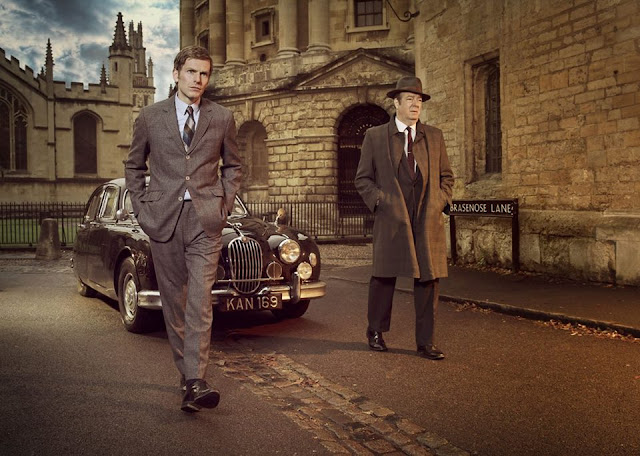 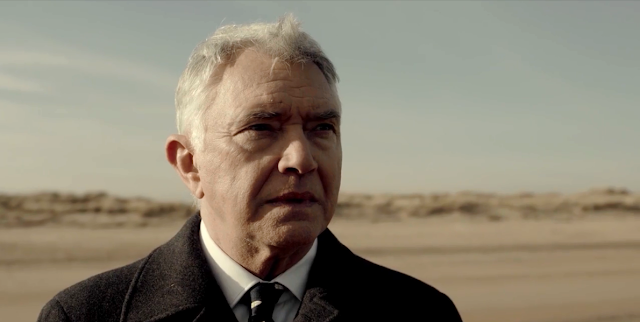 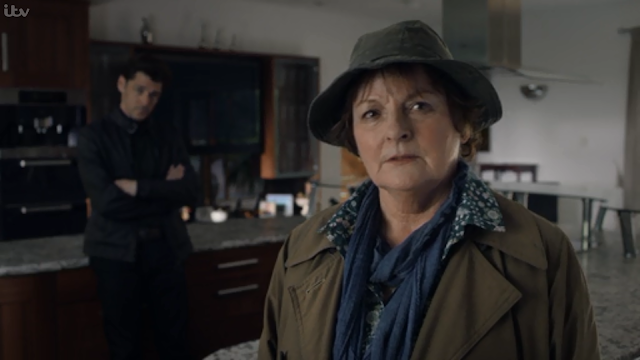 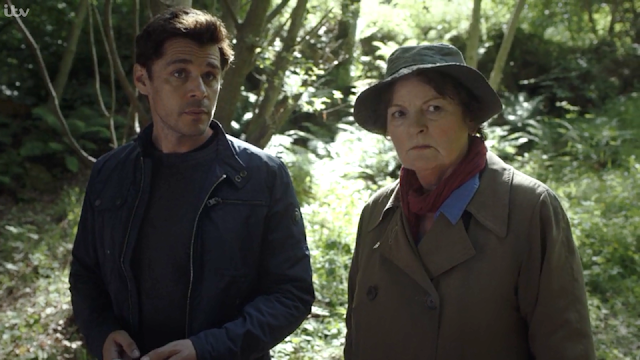 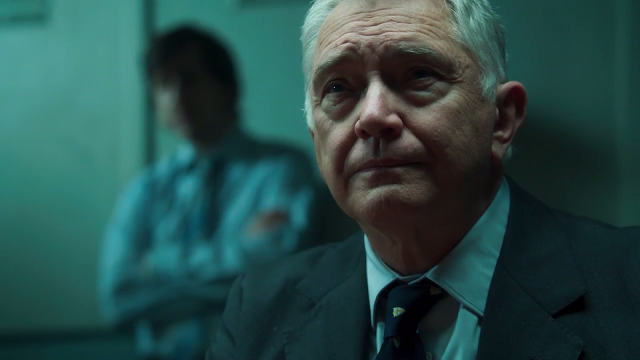 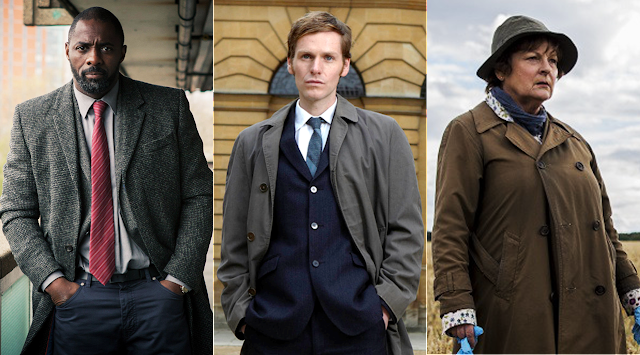