My review of last week's episode: The Big Four


Like most TV shows throughout the last decades, Agatha Christie's Poirot has become progressively darker, but Dead Man's Folly is a welcome return to a simpler age (similar to The Big Four, which I had not seen when I first saw this episode). Yes, a simpler age with murder, adultery, and other deadly sins, but they're all mercifully off-screen, and I'll have no qualms in watching this with my younger siblings. (True enough, I love the Suchet adaptation of Orient Express, but it's nice to have something lighter once again.)

With summer in the air, wealthy squire Sir George Stubbs and his fragile, childlike wife Hattie plan a grand fête for their Devonshire neighbors to celebrate their recent acquisition of Nasse House. Fancy dress, fortune telling, and a coconut shy are all scheduled, as well as a murder hunt designed by mystery novelist Ariadne Oliver. But Mrs Oliver is convinced something is amiss, and asks Hercule Poirot to attend the festivities as a means to put her mind at rest.


In this classic Christie plot, we have an enormous cast of barely distinguishable British suspects, a garden fete, a murder. The first half the plot is heavy on exposition, and feels a little staged as character after character walk up to Poirot and begin to talk about themselves and their backgrounds. The cast would have been much more manageable if several characters had been cut, but the significant ones stick out just enough to remember who's who. The necessarily heavy amount of suspect interviews is relieved by inter-cutting punctuated with moments of Mrs. Oliver. Cadfael and Lewis fans will notice Hugh Beringar (Sean Pertwee) and Superintendent Innocent (Rebecca Front) among the crew.

Read more »
Posted by Hannah Long at 3:50 PM No comments:

And so it begins. The gang is officially together again for the first time in thirteen years (though also the last, for Japp and Ms. Lemon.) Unfortunately, it’s only for a few scenes in this eccentric but enjoyable addition to the Poirot series. The Big Four was Agatha Christie’s attempt at a conspiracy thriller, mixed among the usual Poirot body-in-the-library cases. She couldn’t quite leave that format behind, and her conspiracy conveniently takes the shape of multiple murders in country houses. Mark Gatiss and Ian Hallard’s adaptation is at its strongest when it is focusing on these quirky, clever episodes.

Meet His Grace - Why You Should Read Archbishop Cranmer 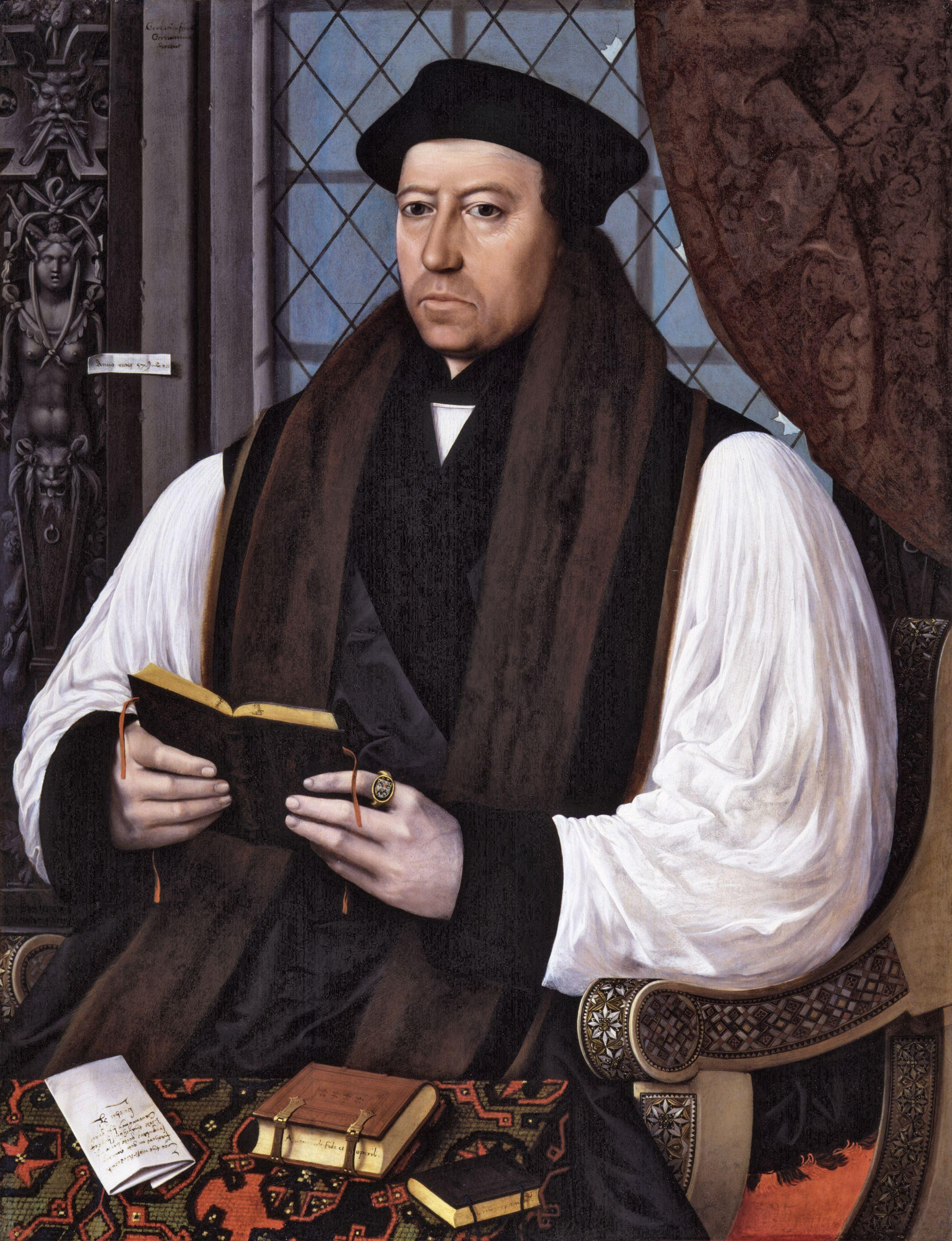 There's a great deal of irony that it was while googling Sir Thomas More that I discovered religio-political commentator/blogger Archbishop Cranmer. For those of you not up on your history of the Church of England (shame, shame), Thomas Cranmer (1489-1556) was the first protestant Archbishop of Canterbury, compiled a good segment of the Book of Common Prayer, recanted his protestant convictions under Catholic queen Mary, was convicted to burning at stake, recanted his recantation, and died a martyr. Before that, he helped accomplish the divorce which Thomas More died rather than consent to (not to mentioning being part of the group that interrogated More).

Of course, I'm not talking about that Cranmer. I'm talking about his 21st Century reincarnation as an anonymous political blogger. His Grace, as he calls himself, posts regularly from a shamelessly Anglican perspective on politics in and out of the church. As is evident from the stream of testimonials on His Grace's page, he's widely read and respected in the U.K. (even Richard Dawkins has found time to emerge from his lair and call him "very nasty indeed"), and he presents a reasonable and intelligent commentary on most relevant issues, even when I don't agree with him. In particular, he has kept me up to date on the state of the church in Iraq (it's dire.)

Read more »
Posted by Hannah Long at 4:58 PM No comments: 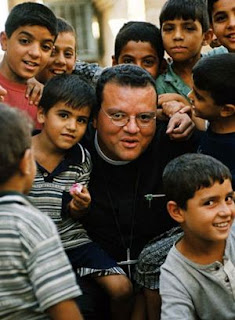 Earlier this month, in a post on Eric Metaxas, I highlighted his interview with Canon Andrew White, vicar of the only Anglican church left in Baghdad. After watching that, I sought out a few documentaries, which I link to below, illustrating Andrew's work.

The Canon is quite a colorful figure, a 6'3" priest often sporting a bright bow-tie, but besides his ebullient personality, these videos also display his incredible courage and tenacity, living in what is effectively a war-zone.

The videos don't focus only on Andrew - but the sufferings of the church in Iraq. If I could summarize the message in one word: perspective.

In the first two parts of this documentary, we see the church and the sufferings of the people in Baghdad's most dangerous areas.

Read more »
Posted by Hannah Long at 3:05 PM No comments:

I live in the most beautiful place on Earth. 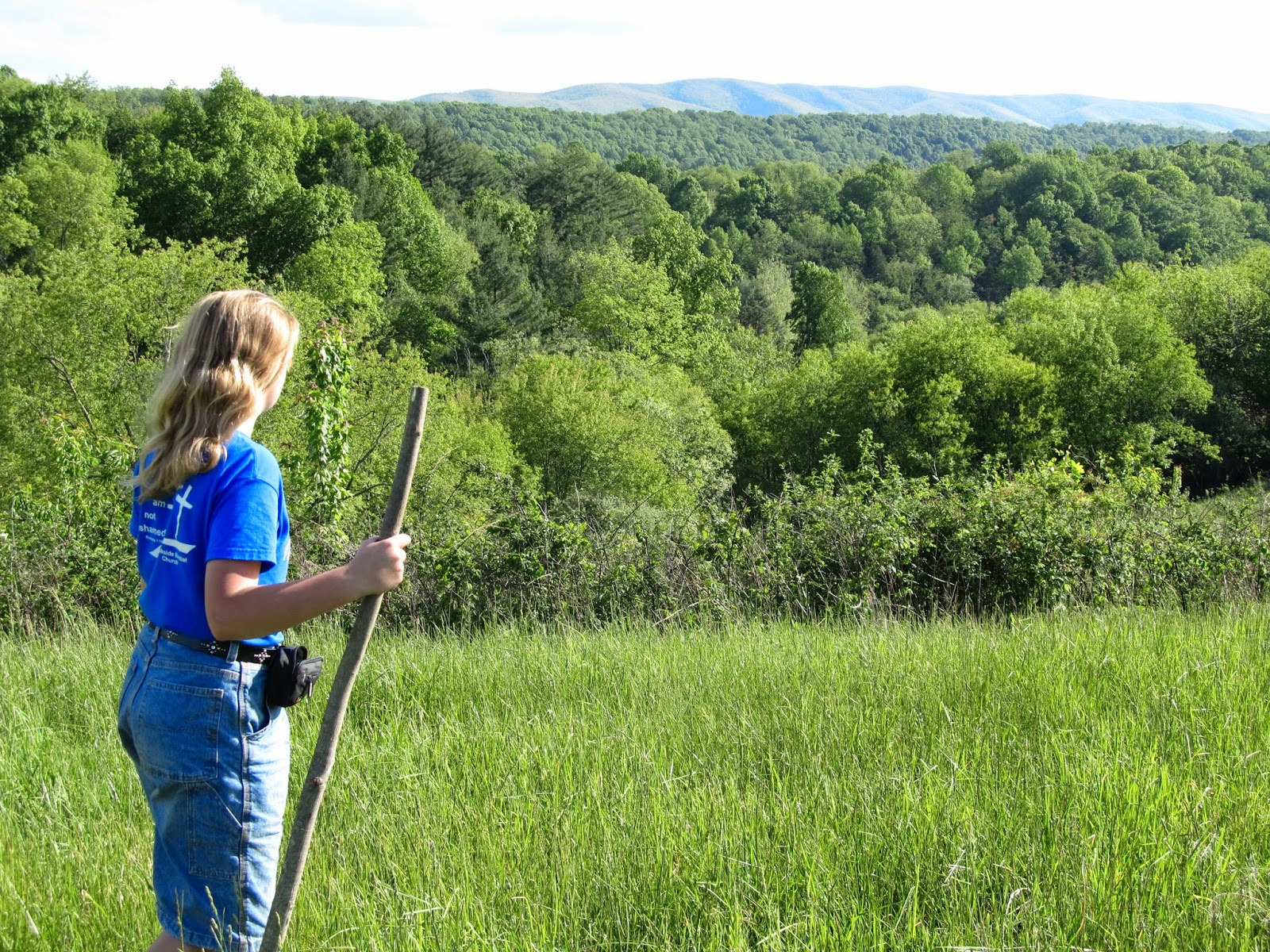 In Defense of “Under God" - Religious Freedom, Theocracy, and Me

"'What Better Work For One Who Loves Freedom Than the Job of Watchman. Law Is The Servant of Freedom. Freedom Without Limits Is Just A Word,' said Dorfl ponderously.
"'Y'know...if it doesn't work out, you could always get a job making fortune cookies.'"
~Terry Pratchett, Feet of Clay

I've always taken the Pledge of Allegiance very seriously. Perhaps it was the deep strain of solemn Phariseeism in me, but when other children mumbled and rolled their eyes through the pledge, I would slap my hand to my heart and tearfully proclaim my earnestness for Americanism and all it entailed.


I remember once, hearing a fellow pledger replace "liberty and justice for all" with a surreptitious "liberty and justice for most." How dare he? I fumed mentally. That's so disrespectful! If you're going to give your word, you should really mean it. There's some irony there, because his nicety should have force me to realize that all the time I had said the pledge, it had never occurred to me to ask that most relevant of questions: do I believe it?

And I wasn't sure.

I've long been a fan of Eric Metaxas - his brilliant biographies of Dietrich Bonhoeffer and William Wilberforce have both impacted me significantly, but I also enjoy his social side, delivering speeches (once before the President at the National Prayer Breakfast) and interviewing interesting public figures. A stand-up comedian who roasts each guest before they come on stage, Metaxas is consistently entertaining, and it takes a rare guest to be able to match him stride-for-stride. But these are usually my favorite exchanges. Here are a few of them...