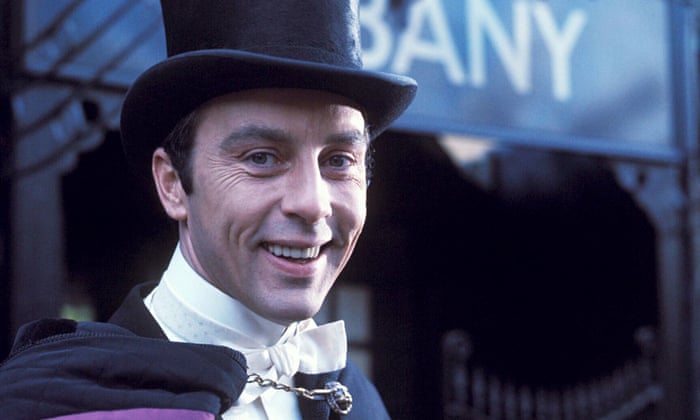 Anthony Valentine, who died two weeks ago, was one of my first TV crushes. Suave, reptilian, and utterly charming, his charisma swept my teenage self off my feet. Of course, it helped that he was British. I've always had a weakness for our Anglo-Saxon brethren. And even better, he was incredibly funny.

I was first introduced to Valentine through his portrayal of the dashing gentleman thief, A.J. Raffles, on DVD. The show was from 1977, and these days looks rather clunky and dated, but Valentine's performance remains a masterpiece, sparkling with wit and charm. The part was perfectly suited to his talents (Nigel Havers and Ronald Colman don't hold a candle): Raffles is Sherlock Holmes's evil twin - a genius cat burglar in Victorian England, his adventures chronicled by a bumbling, fawning sidekick - Harry "Bunny" Manders (Christopher Strauli). The two men swan about through high society, robbing the arrogant rich to give to the deserving poor (in this case, themselves), dogged by an intrepid, friendly, but stupid police inspector (in this case, Mackenzie), in stories written by a member of the Conan Doyle family (in this case, Sir Arthur's brother-in-law, E.W. Hornung).