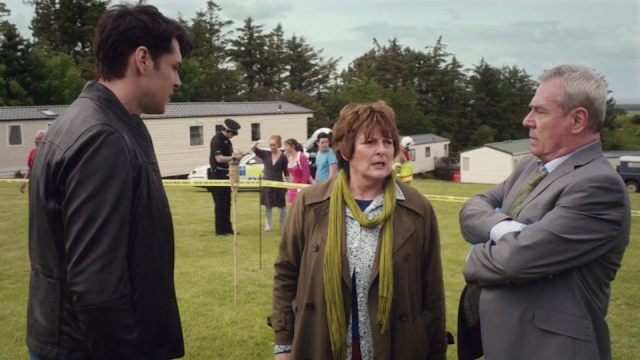 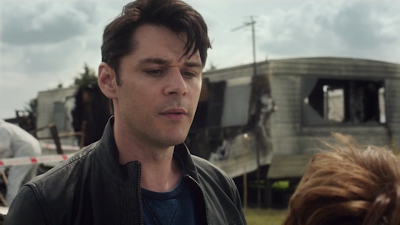 The New Guy is Aiden Healy, a cocky, leather-jacketed transfer from gun crimes. From the first moment, it's apparent he's quite a different kettle of fish. He earns a snigger from Kenny with gallows humor at a crime scene, and chatters on about his theories. Vera is surprisingly tolerant of his insolence - chastening him merely with solemn looks. If it seems a bit out of character for Vera, well, she's unusually somber. Joe is gone, and he leaves a vacuum.

Series 4 gave us an inexplicably mellower Vera - and that trend continues here, to the point that Vera and her new young man experience a role reversal. Joe looked to Vera for professional mentoring - but provided a moral and dispositional anchor for her bitter moods and antisocialism. Aiden and Vera have a more predictable relationship. He's arrogant and green - she's levelheaded and experienced. It's a bit of a stretch to believe that Vera has matured this much emotionally, especially without Joe's influence, but on the other hand, his absence does seem to have affected her in ways we don't quite see. 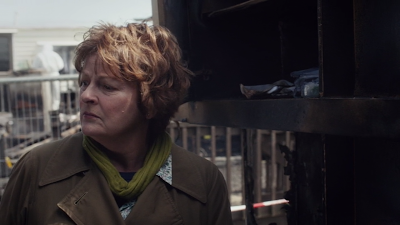 The most powerful evidence of this is when, distracted, she refers to Aiden as "D.S. Ashworth." It's a startling moment - a sudden revelation that Vera's not okay with Joe leaving - just the opposite, in fact. For her, it's like losing a family member or a limb - he was so integral to her life that she keeps expecting to find him there. Though she later brushes it off as a slip, it shows the huge hole Joe has left.

As for me, I hope Joe and Celine continue building their huge Catholic family and fighting crime indefinitely. He was a great character.

Aiden fills the hole, but not much else. He's rather stolid and hunky - a history of violence is treated like an embarrassing episode rather than a major insight into his character. In the absence of Joe, Vera has to do her own derring do, and it feels almost as if she has to prove herself to Aiden rather than the other way around.

The murder is that of Deena Viner - found dead after her chalet exploded. It's a lucky thing the conflagration didn't spread to the rest of the trailer park, but that risk seems to lessen suspicion of her brother, the owner of the park. Things get stranger: as far as Deena's neighbor knew, no one lived in the adjacent chalet, so why was she staying there? Was this just a tragic accident? 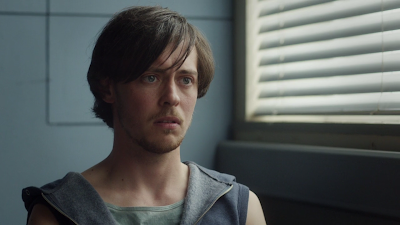 The investigation draws in a few teenage boys. Deena's niece's boyfriend - Ryan Synnit - has previous, and just had a one-off with Deena's friend (who has a suspicious connection to Deena's finances).  Ryan's brother, Riley, looks shifty.

All in all, a decent enough installment. The method of murder is a little bit abstract and unlikely (and we have a too-many-people-committing-crime-at-the-same-time situation), but a chilling confession by the killer and a classic Vera interview redeems the ending.

My review of the next episode: Old Wounds.