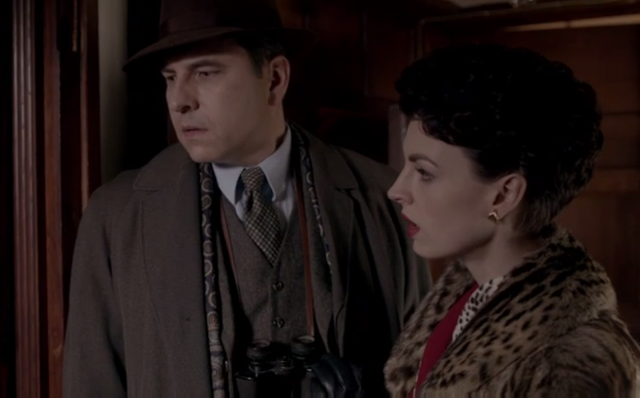 If Tommy and Tuppence Beresford are all that stand between England and an atomic blast, England had better start worrying. Last week left Tuppence facing down an angry Major Khan, whose room she had broken into. It only takes a few minutes and a gun for Tuppence to spill all: name, true identity, mission. Luckily, Major Khan is not N, and is confident enough that Tuppence is not N that he lets her go.

Lest we still suspect him, he's swiftly dispatched in a suspicious suicide at a party Tommy and Tuppence wheedled their way into attending. Meeting up with Carter and Albert, Tommy and Tuppence learn that matters are far more serious than they imagined, but for reasons unknown, Carter can still offer no concrete aid.

After this, Tommy goes birdwatching with Dalgliesh - that is to say Commander Haydock - who seems to mostly want someone to get drunk with. Using this fact to his advantage, Tommy spies on Carl Denim and discovers a tunnel beneath some debris. 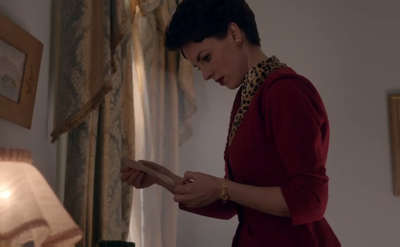 Meanwhile, Tuppence breaks into Mrs. Sprot's room - is promptly caught, and chokes out some half-baked lie about believing Mrs. Sprot to be a thief. Side note: Tuppence's lies are never clever, and Jessica Raine always broadcasts her nervousness to the audience so strongly that it's difficult to buy that anyone on screen believes a word she says. If only she would trust the audience and convey her worry with more subtlety, the whole thing would be far more interesting.

The Beresfords explore a secret tunnel under the cliffs (of course there's a secret tunnel, this is Agatha Christie) and find that it comes out in the hotel, where they arrive just in time to hear the psychologist couple - the Mintons - arguing about Major Khan's death. Could they have killed him? It certainly sounds like it. 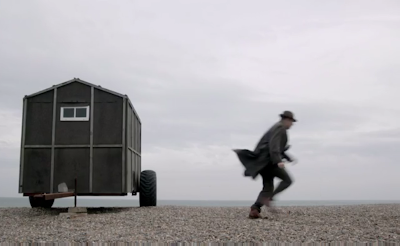 Albert and Tommy lure away Mr. Minton so Tuppence can talk Mrs. Minton into confessing...that they're not really psychologists, and their advice could have caused Major Khan to kill himself. This revelation turns up one useful piece of evidence: Major Khan's real name was Aneel Hassan, and he was a spy in Berlin. Who has a German sounding name? Well, Carl von Deinam, of course, who has a passport bearing that name in a secret compartment in his desk. The desk also contains a gun (a luger?), which Tommy discards in order to chase after Denim, who knocks him unconscious with a large stick. All Tuppence can find is Tommy's hat on the seashore, and it seems like he may have been kidnapped again. While our heroes have not become dramatically more competent than in The Secret Adversary I'll admit this middle installment manages to acquit itself with rather more excitement, which is certainly a good thing.

My review of the finale