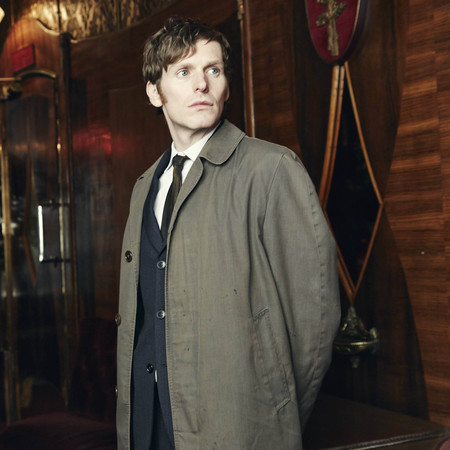 Professor Alistair Coke Norris’s death in a hit and run accident seems open and shut—but this is Morse. After some poking around, and informing the mild-mannered wife (Poppy Miller), it’s revealed that he to vote on a sale of college land that, predictably, involves some shady dealings. Also predictably, C.S. Bright is not happy about this turn of events. While at first amusingly Wodehousian, Bright is becoming more and more irritating and obstructive to Morse and Thursday. (By the way, this is getting a little wearing. Isn’t there anything else he does?)

But Bright’s political sycophancy becomes a real danger when one of Thursday’s old adversaries, Vic Kasper, turns up. From the moment the two set eyes on each other, it’s obvious they have A History. Following that revelation, this episode is more about Thursday than Morse (though perhaps it always has been.) Morse learns even more of his mentor’s old secrets. Somehow, though, these tidbits seem less interesting than the knowledge of Italian, war-time reminiscing, and dinner-table banter in earlier episodes.
Read more »
Posted by Hannah Long at 4:29 PM No comments: 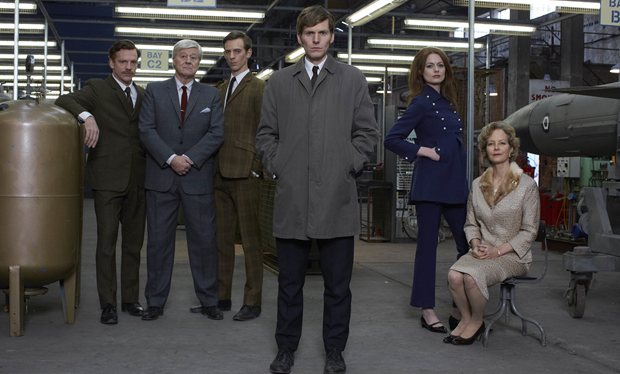 
The prospect of a visit to Oxford by Her Royal Highness Princess Margaret, who is to unveil the British Imperial Electric Company's new "Standfast" Mark Two missile, has Chief Superintendent Bright, slated to provide security, on red alert. But when an unpopular worker is found murdered in a secluded area of the shop floor, Endeavour must pursue the truth -- and then justice -- from the sidelines…and in the intoxicating presence of Alice Vexin, an old acquaintance from his days at Oxford.


Featuring a plot involving factory owners, unions, and Middle Eastern businessmen, my political correctness detector was running on full spin. Perhaps it was unfair, but after the rampant PC in Lewis, I wanted to see how Endeavour measured up. And while it wasn’t as gutsy as good old very anachronistic Morse, neither did it descend to blatant caricaturing.  The factory is owned by the Broom family, a group composed of five vindictive individuals. There’s the mother, a domineering, spiteful but practical businesswoman. The daughter, Estella, similar to the cold, enigmatic character of the same name from Dickens’s Great Expectations. Two awkward brothers, another brother dead four years back, and a shifty father round off that happy family.
Read more »
Posted by Hannah Long at 11:18 PM 2 comments: 
Death is not there to be avoided, it’s there to be beaten—it has been beaten. Jesus took death down. Like a line-backer. This is the truest realism, not the despairing acceptance of meaninglessness. If it’s cowardice to avoid death, is it not cowardice to surrender to it? Is it not stupid to eschew all good things because of a hyped up idea that it’s sentimental? Isn’t that just intellectual dishonesty? Sure, it’s wrong to accept an idea because it makes you feel good, but isn’t it also wrong to reject an idea because it makes you feel good?
Read more »
Posted by Hannah Long at 3:24 PM No comments:

The Free-Born Mind - Homeschooling and the Government

Many years ago, my dad was standing behind a lady in the grocery store. She had several children, and was asked where they went to school. “We homeschool,” she said.


Dad did a double-take. What was this…home school? He mentally separated the two words. Some sort of private school? But no. She meant, literally, school at home. In our small out-of-the-way country town, it was the first time my dad had even heard of another option.


Many years later, I sit here, a homeschool graduate. Needless to say, we now look on homeschooling quite differently than my dad did twenty years ago. We’ve had to get over the occasional “So are you going to homeschool them all the way through high school?” asked with an incredulous expression. There’s the one family member who insists on quizzing me and my siblings on various subjects. We endure our state senator calling us “a threat to what it means to be an American.” Still, it’s not like we’re being acted against legally.


For the Romeike family, it’s another matter. In 2008, the family fled their home country, Germany, and received asylum in the U.S., but the Administration has overturned that decision. The Huffington Post writes:


“In Germany there is basically religious freedom, but it ends at least with teaching the children,” Uwe Romeike says in a video produced by the Home School Legal Defense Association, the Christian organization providing the family’s legal support.
…
The Romeike case is unusual in a system backlogged with people trying to escape violence and persecution. The Romeikes are comparatively well off, and come from a country that hosts more than twice as many refugees as the U.S.


But because they home-schooled their five children (a sixth was born in Tennessee), they faced high fines and tension with local authorities. At one point, police forcibly corralled the oldest children into a van and delivered them to school.


The latest installment of Endeavour is some pretty terrific television, reminding me of the slick perfection of Sherlock. It neither blurs the moral lines, nor grants the villain super powers, accomplishing both these things without sacrificing suspense.
Read more »
Posted by Hannah Long at 9:28 PM No comments: 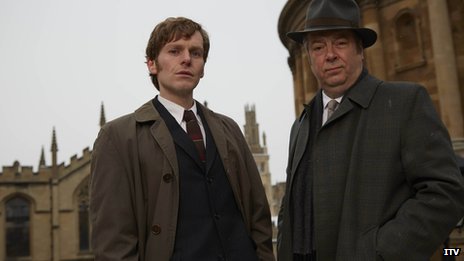 Most of the time, sequels are a bad idea. Prequels are even worse. At best, they signal somebody’s desperate for new material, at worst, they're a money grab. However, the BBC’s new show Endeavour is a shining exception.

Long-running detective show Inspector Morse, starring John Thaw, ran from 1987 to 2000. Immensely popular in its day, millions followed the escapades of curmudgeonly, intellectual, melancholy Morse. Last year, for the 25th Anniversary, a terrific TV movie, Endeavour, was produced. It seems I wasn’t the only one struck by the wonderful quality, because it’s returned for a series. (This is the second spin-off - the other: Inspector Lewis, starring Thaw’s sidekick Kevin Whately, started in 2007, and ended in 2015.)

This is that series.


I should add that even if you haven’t seen an episode of Morse, it’s easy to follow and stands on its own.
Read more »
Posted by Hannah Long at 9:42 PM 1 comment: