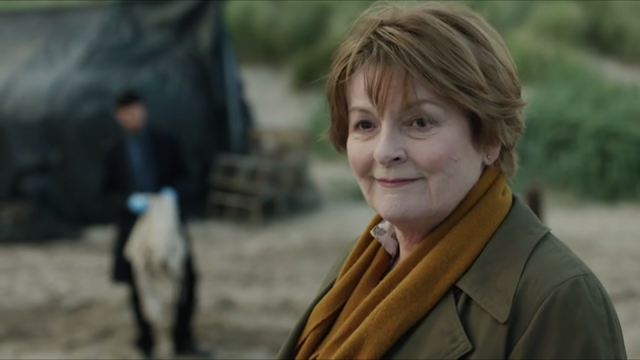 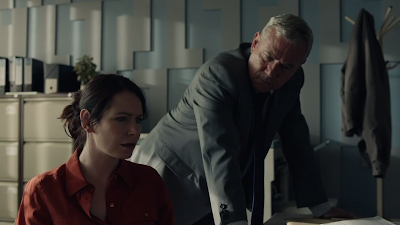 The discovery is quite traumatic for Jessie, and brings Joe's job and home lives crashing together. There’s significant dramatic material to mine here, but the episode only returns to it sporadically. Jessie is a bit of a blank. She was disturbed by the encounter - the old woman smiled at her before she died - but there is no real examination of the effect on the girl. Perhaps the most important result is to place Joe in a more stressful situation - Celine needs him to be there for Jessie, Vera needs him to be around hunting a murderer. But, as Vera points out, he has to make his own decisions - if he's doing overtime, that's because he's chosen to do so. (Still, Vera's innocent "What am I? A bully?" is a bit rich. Yes! She is a bully!)

As it turns out, Margaret ran a home for women from rough backgrounds. She boards with Kate Darrow, who escaped with her two teenage children from an abusive relationship. Her fiance, Stuart Bayliss, hangs around, altogether too pleasant, in the background. Residents of Margaret's Home (current and just former, respectively) include an emaciated teenage girl, Emily, and a prostitute, Dee Sinton. 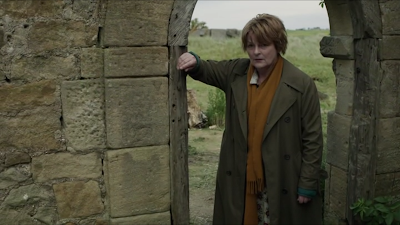 Dee and Margaret go back - they’re both in a pub snapshot from thirty years ago - along with Valerie Furlow, her son, Ricky, and a man who now lives and works in the bay beside Margaret’s shelter: Malcolm Kenrich. Considering this man has been moodily staring up at the house and having flashbacks and is played by Paul Copley of Hornblower and Downton Abbey fame, it’s not unreasonable to assume he’s going to be an important character.

Perhaps the most important character, however, is the Island. It forms the center of the episode - from the first moment Vera stares at it, swept up in déjà vu. It’s striking, aesthetically, a warm green which contrasts with the usual rugged moors we see on Vera. Colors in general are softer here - Vera has a bright new scarf (color-coordinated with the train car’s paint, I notice), her hair is lighter, the grass is green, the north even looks warm.

Our recurring cast has suffered a loss: Billy is replaced by cocky young pathologist Marcus Summers. Shep is very impressed. Vera is coming around, though Joe remains suspicious. 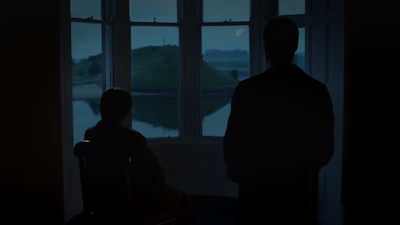 Overall, this is a strong opener. There are quibbles: Vera and Joe’s story arcs - a brief revelation about Vera’s father and Joe’s struggle with work and Jessie - feel like they get short shrift. In the end, most of our emotion is suddenly and unexpectedly rerouted elsewhere, in a dramatic confrontation. If those storylines don’t feel like they quite get the depth they should - Vera’s monologue about her father is a masterful, simple performance by Blethyn - one of her very best.

My review of the next episode: Protected.