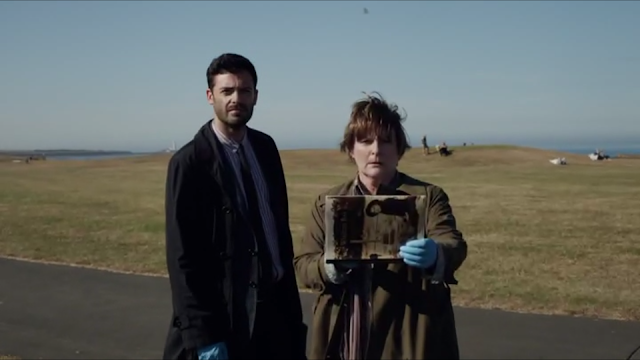 We haven’t completely forgotten the events of the previous episode. Vera is as tough as ever on Kenny, but she refers to him as "one of my finest officers." Marcus and Shep are still making eyes at one another. (Shep fits in rather well, but the fact that she doesn’t let Kenny rattle her oddly means the secondary cast has a little less dramatic conflict). 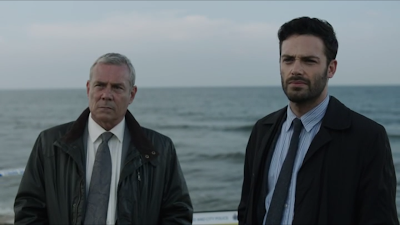 Vera asks about Jessie Ashworth’s well-being. She’s fine, but Celine wants to move. She’s concerned about the kids’ peers. Joe is intransigent - they went to a rough school and they were fine. As last week, we get a glimpse of Joe’s flaws - he’s stubborn and certain of his own path, which sometimes isn’t the right one. That it usually is, when Vera’s involved, doesn’t change the fact that Celine possibly has a point.

In the meantime, Vera and Joe are introduced to the dead man’s family. As it happens, they were throwing a party across town, celebrating passing the baton from the aging father to the dead man, his son. Vera can’t understand why the man wouldn’t be there - what could possibly be holding him up? To that end, they begin delving into the family’s history. There was once a suspicious death on their property - a burglar fell to his death. That same burglar’s father lived not far from the crime scene. The family business seems to be a bit shifty - and the man’s girlfriend was involved somehow. In addition, there’s a long-lost sister that the family refuses to speak of.

While reasonably twisty, the solution is fairly obvious. As a consolation, it is carried out with pathos and gravitas and even a very small bit of redemption - a connections between fathers who both wished to see their child "protected." This isn’t one of the great episodes, but it’s still quite serviceable.

My review of the next episode: The Deer Hunters.