The Splintered White - Magic in The Lord of the Rings

I've had several conversations over the years about magic in the use of fiction. Ever since the advent of Harry Potter, it's been a hot topic among evangelicals. Opinions tend to be on one or the other extreme. Either no magic whatsoever, or bring on the broomsticks. Over the last year or so, I've read much thoughtful commentary on the matter. The examinations include many, many different novels. But again, most of my thoughts return to magic in my favorite: The Lord of the Rings.

More than any other, this story permeated my childhood. Among the things I learned from it were humility, faith, courage, perseverance, friendship, and joy. As anyone who knows the stories will say, the magic is never more than a narrative device. One could (almost) read through the book and not remember any instance of overt magic. There's no question that the central essence is story-related - the characters, the conflict, the resolution.

For many, though, this isn't enough. I respect that. I really do. The Bible explicitly forbids dabbling in black arts, or white arts for that matter. But at the same time, I recognize that stories are a special case. They are in the realm of the imagination, which ranges far beyond reality. In some cases, the same rules do not apply. Yet, as Professor Tolkien (a devout Catholic) himself believed, we may invent any sort of creatures we wish, but to call good evil, and evil good, is a sin. Then, must we completely discard anything that mentions magic? If your conscience forbids any mention of magic whatsoever, by all means, listen to it. But mine does not, and I feel the need to defend my point of view. All the same, I like to know what sort of "magic" we're talking about.

I have a confession: any movie with Robert Downey Jr. playing an iconic kick-butt sarcastic hero I’m bound to like. Taking that into account, I was probably predisposed to like Iron Man 3, his latest outing. Well, I did. In fact, on leaving the theater, I was convinced it was better than last year’s worldwide blockbuster The Avengers. Wait. Don’t panic. Since then, my critical faculties have snapped back into commission. While inevitably doing well in the box office, the general consensus is that Iron Man 3 is a weak when compared to Avengers. And as I realized on reflection, the general consensus is right.

There are a number of problems. Plot holes. A lack of conflict, or real obstacles. Political correctness. Tony Stark is never actually the Rescuer, but the Rescued (thus, he’s not really the Hero). At one point there’s an interesting dilemma put to Iron Man, but, predictably enough, he doesn’t have to choose between the two options, because he can do both! No consequences, no risk—no risk, no drama—no drama, no interest—no interest, no satisfaction. It’s all too easy.

In the absence of a new post, I thought I'd share a few neat videos I've seen recently.

These two are about the coolest music vids I've seen. The first is by a band I just discovered - Citizens. They're the worship team for Mark Driscoll's Mars Hill Church. To be so simple, it's very dramatic.


This second is from one of my favorite albums of 2012, Matthew Perryman Jones's Land of the Living. Like most of the songs on the record, it's hard to say whether I've deciphered the meaning correctly or not, but with this one, I suspect my hunch is correct. Not to ruin it, but I hint that baptism and sin are major themes.

Anglophilia and A Severe Mercy 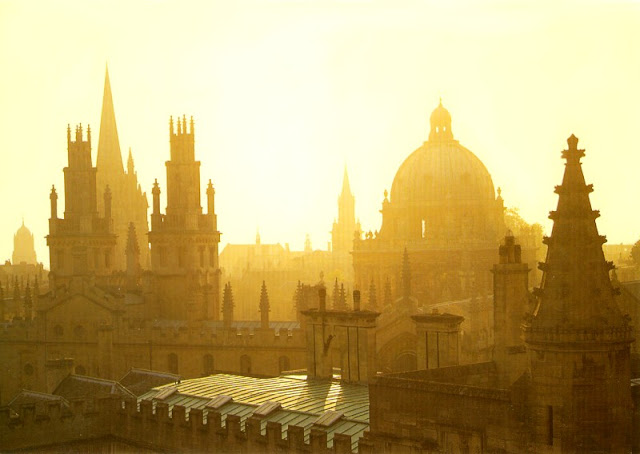 “So surrender the hunger to say you must know,
Have the courage to say ‘I believe,’
For the power of paradox opens your eyes,
And blinds those who say they can see.”


I’m part of a group of American Evangelicals that I think of as The Anglophiles. They often homeschool. For as long as I can remember, I’ve loved British stuff. I grew up on a steady diet of Agatha Christie’s Poirot, P.G. Wodehouse’s Jeeves and Wooster, and Joan Hickson as (the only) Miss Marple. Mr. Darcy was upheld as the ideal of all manhood.

My dad read me The Chronicles of Narnia, followed by The Hobbit, followed by that fiction above all other fiction, The Lord of the Rings. Charles Dickens, Terry Pratchett, and G.K. Chesterton number themselves among my favorite authors (lucky sods). I practice my Oxford English, Irish, Scottish, Cockney, and Geordie accents whenever I read aloud to my younger siblings. Just about the only thing I dislike is British music; I loathe the Beatles. But I eagerly devour British-inspired music.

When I started reading Sheldon “Van” Vanauken’s memoir A Severe Mercy, I was immediately swept into his familiar love. Like me, Van grew up immersed in British Lit., even though his childhood spanned the 1920s, and not the 2000s. He read Sherlock Holmes and Treasure Island – “As a child England had seemed much nearer than New York or the cowboy west.” When he finally went up to Oxford, he said it “was like coming home, coming to a home half-remembered – but home.” (EX-actly, I thought).


Van was one of the early Anglophiles, just like me. He was also an incorrigible romantic, a lover of beauty and goodness and all that is fair. He had the extraordinary luck to step into Oxford while the Inklings still lived. He and his wife, Davy, became good friends with C.S. Lewis, read Charles Williams, Dorothy L. Sayers, and G.K. Chesterton, and were converted to Christianity. They entertained dozens of deep thinkers at their little apartment in downtown Oxford.
Read more »
Posted by Hannah Long at 2:04 PM 1 comment:

The Weight of Glory - CD Review 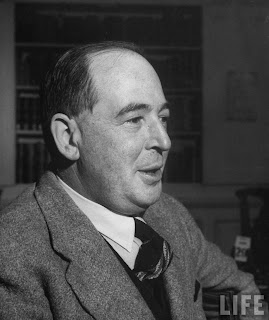 When I saw a free CD on Noisetrade entitled The Weight of Glory, I knew exactly what that referenced. I’d never even heard of Heath McNease, but no questions asked, ten minutes later, I had his CD. Why? Each song is based on a different C.S. Lewis book.


C.S. Lewis is probably the most influential Christian scholar of the 20th Century. He’s widely embraced, even among Mormons, due to the fact that he tried to stay neutral on what Paul called “disputable matters.” Another reason for his popularity is his form of writing, which is very clear and concise. Lewis was an expert at explaining theology to laymen. He was the number two most-recognized-voice on the radio during the Blitz, right after Winston Churchill.


Besides being a great way to catch Christians’ attention, basing an album on Lewis is also a wonderful idea. In the way of sound, this album is all over the place, swinging from pop to folk rock to rap to a sort of smooth spacey sound. The Great Divorce is a master of catchiness—I still love it. A Grief Observed, after months of listening, still makes me cry. The Screwtape Letters is convicting and dark.

My brother, who never endorses a song, has actually admitted he likes the Problem of Pain, and I sometimes hear him whistling the chorus in the shower (for my brother, that’s a big deal). If you enjoy rap, there’s Mere Christianity. The Four Loves, examines the different phases of life—boyhood, college, adulthood—and connects them to the different loves in the book. Edmund examines the connection between the second Pevensie brother and Judas.


While the songs are at their best when the source material is familiar, it’s by no means necessary—they can stand on their own, and they do. It does, however, suffer from repetitiveness. Surprised by Joy is not very surprising. Still, overall, a very fun album—entirely worth the download.