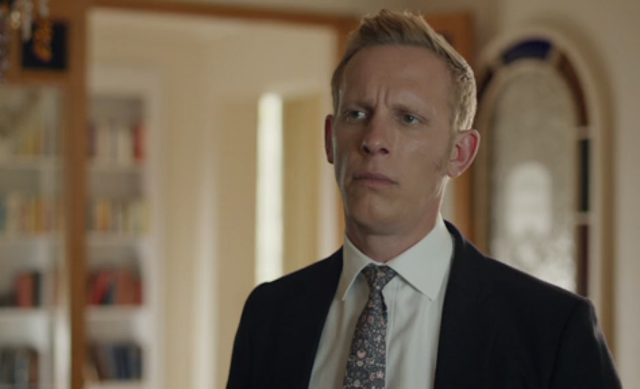 This is older news - check out this link for the latest.

The start of the year saw the finale of two major series: Foyle’s War and Agatha Christie’s Poirot (and effectively confirmed that Broadchurch might as well be over.)

Inspector Lewis has been lumbering along his merry way for eight series, and many are beginning to suspect the end is nigh. The first episode airs in the U.K. on October 6th, at 9:00 PM, with the subsequent five (there are three episodes, split into two parts) airing each Tuesday thereafter, presumably. No trailer yet, but in my opinion, this is far more fun:

What a privilege and treat to work with each and everyone of the fantastic Lewis crew. With HUGE apologies to John Denver. Thankyou for supporting us. See you on the other side. X
Posted by Laurence Fox on Tuesday, August 25, 2015

Email ThisBlogThis!Share to TwitterShare to FacebookShare to Pinterest
Labels: And Then There Were None, Broadchurch, Endeavour, Father Brown, Grantchester, Houdini and Doyle, Inspector Lewis, Luther, Murder on the Orient Express, Sherlock, Upcoming mystery, Vera

Recapping the Debate With an 81-year-old Political Junkie

Yesterday evening, I had a chance to interview an 81-year-old on one of her favorite topics: politics. A mild-mannered, middle-class white Republican widow, she lives quietly in a small town, but loves to observe the excess and drama of political theater. She chose to remain anonymous ("oh, honey, they'll come and lock me up"), but said she wanted to go by the pseudonym Jane Eyre ("no kin to" the other one), and quote her thoughts on each of the candidates who participated in the latest debate. As she was a bit sleepy and distracted, some of the answers may appear a bit more focused than others, but I found the whole thing very entertaining. She has...a unique perspective.

Read more »
Posted by Hannah Long at 11:18 PM No comments: Links to this post

Kim Davis vs. Sir Thomas More - How Now Shall We Disobey? The latest battle in the gay marriage debate: I'm sure you know the story. Kim Davis is the county clerk in Rowan County, Kentucky. Since the Obergefell decision, she has refused to hand out any marriage permits to either gays or straights, nor to authorize her deputies to do the same. She's now been held in contempt of court and thrown in jail.

These confrontations have become more and more common as the American government begins to tackle the gay marriage issue. Post-Obergefell, there's no reason to imagine the numbers will go down. Kim Davis is merely an opening skirmish.

As per usual when these issues surface, my immediately appeal for guidance is to historical cases I admire. Above all, I think of my favorite meditation on religious freedom, the film A Man for All Seasons, which examines the conflict between personal conscience and obeying the government.

Sir Thomas More was chancellor of England when King Henry VIII decided to amend the law, dissolve his own marriage, separate from the church of Rome, and declare himself lord over the newly-established Anglican church. More - a devout Catholic - heartily objected to the king's decision, but was aware of the danger of saying so. Instead, he resigned his post.