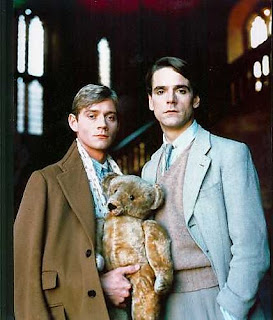 I really don't have time to review every book I read, but I couldn't resist sharing some of the tidbits I discovered...I also admit, that part of the reason I didn't want to review this was because I don't think I'm quite up to the task.

Charles Ryder's description of his worldview:

The view implicit in my education was that the basic narrative of Christianity had long been exposed as a myth, and that opinion was now divided as to whether its ethical teaching was of present value, a division in which the main weight went against it; religion was a hobby which some people professed and others did not; at the best it was slightly ornamental, at the worst it was the province of "complexes" and "inhibitions" - catchwords of the decade - and of the intolerance, hypocrisy, and sheer stupidity attributed it for centuries. No one had ever suggested to me that these quaint observances expressed a coherent philosophic system and intransigent historical claims; nor, had they done so, would I have been much interested. 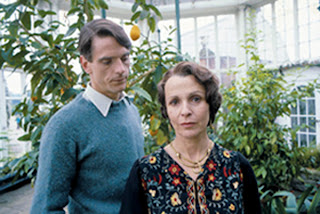 Interesting that things have changed so little. I might mention that this phrase only occurs in older editions, it was replaced with a different perspective in the 1960 version.

Read more »
Posted by Hannah Long at 3:49 PM No comments:

The Lost Art of Lament - Boston, Texas, and Gosnell The trench is dug within our hearts
And mothers, children, brothers, sisters
Torn apart


We all know what it feels like to be homesick. The many months in a foreign land, the unfamiliar sounds of a different country. After the hours on the road, you drag yourself indoors, ready for the weariness and discomfort to cease, ready to embrace that unconditional lover: the couch.


But sometimes, there are problems that have no solution. Ever had a dream in your head? Perfect and untouched, the idea for a poem, or a book, or a piece of art? But when you take up the pen, the words cannot describe it. You know exactly what you’re talking about, but everything you try feels wrong, a futile attempt to describe a greater truth. You throw language at an object, but nothing captures the essence of it. The painting is just a scrawled crayon glimpse of an uncapturable vision. Sometimes, we feel a hunger that nothing satisfies.
Read more »
Posted by Hannah Long at 5:46 PM No comments:

Father Brown - Style and Sunny Skies, But No Substance

﻿[Note: this concerns series 1 - I'm halfway through series 3 at the moment, and my impressions are somewhat different.]

I’ve long been excited about the new Father Brown adaptation. I read several volumes of short stories featuring G.K. Chesterton’s clerical sleuth last summer, and enjoyed them immensely. In typical fashion, Chesterton used them to tote his own views, but included a fascinating howdunnit mystery, often hinging on paradox. The quirky, child-like character of Father Brown, the humorous philosophical discussions, the hilarious Chestertonian one-liners, and the gorgeous, glorious descriptions easily set the stories among the classic mysteries.


The old series with Kenneth More was quite good, but suffered from being made in the 1970s. The writing, mostly lifted directly from Chesterton, was witty and well-delivered, and elevated it beyond most shows of its time.

Unfortunately, the new adaptation bears little relation to its source material. It starts off sticking to the original plot, but things quickly spin into embellishment. Father Brown (Mark Williams) has lost his air of whimsical befuddlement and dithering curiosity, and appears altogether too keen-minded (which, in the books, he only became during the final unveiling). He’s been turned into a much more wise, sagely, liberal Cadfael-esque figure.

Another thing: Father Brown’s figure was always described as rather roly-poly. Williams is too tall to pull that off, but he does occasionally get in the childishness. Yet it's only very occasionally. Some joys are granted by the supporting cast: Sorcha Cusack is hilarious as the neighborhood busybody, and Hugo Speer makes a convincing and relatable Inspector Valentine, considering its never easy playing the Lestrade/Japp figure. Nancy Carroll's Lady Felicia is there for seemingly no reason. Kasia Koleczek as Susie, Father Brown’s Polish housekeeper, serves to advance the plot at times, but her boyfriend Sid (Alex Price) is truly interesting, being a some-time petty thief.
Read more »
Posted by Hannah Long at 4:19 PM 7 comments:

Music's only purpose should be the glory of God and the recreation of the human spirit.
~J.S. Bach

Many of the Christians I know (and certainly all the atheists) hold the genre of Christian Contemporary Music in contempt. I don't mean that they actively hate it (though some do), but they certainly label it as lame, amateur, or feel-good clap-trap. Unfortunately, the majority of the stuff you'll hear on CCM radio stations is just that: Fluff. Mass-produced and very popular Fluff, but still Fluff. Only a few artists rise from the masses to actually deliver a profound and good song. Even then, it probably only made it to the radio for the sake of its catchy tune. Don't get me wrong - there can be good songs on the radio, but it has to be in a certain format. And it's a format that doesn't allow for much wiggling space. At most, you'll get that one good song.

But there's a big However. There are scads and scads of Christian musicians that never make it to CCM radio stations. Among the group I call the Fringe Artists lies a reservoir of rich talent seldom credited to the Christian musician. There's truly a little of something for everyone: pop, acoustic and electric rock, folksy-artistic-groovy, instrumental, plumb-good stuff, laments, rap (both lighter and heavier), heavy metal, southern rock, country, punk, rock in home-made spaceships, songs about Dutch artists, Peter Pan (with C.S. Lewis references), bio-ethics, living rooms, Aslan, and The Grey Havens. There are more music genres than I've even heard of. Let's contrast some Fluff with some Fringe.


Margaret Thatcher died today. She, along with Ronald Reagan, led the free world through the menace of the Cold War. Despite her controversial actions, prompting the nickname: "The Iron Lady", Thatcher was a figure demanding admiration. She was tough, smart, and immensely courageous. Admittedly, like most leaders of that type, she had that Churchillian lack of humility, but let's be honest, if anybody would back up actions with words, it was Thatcher.

Though they haven't adopted her legacy in the past, the feminist movement could find no greater example of a remarkable woman than in Thatcher. She stepped into a guy's world and seriously kicked butt.

Peter Hitchens (Christopher's brother), wrote a wonderful piece on her, along with a meditation on greatness and the elevation of political figures to such heights:

I am always moved by the distance some people travel, especially in politics, though in other paths as well. Even when they are signing enormous treaties, speaking to multitudes from high platforms, celebrating smashing election victories and directing wars,  there is somewhere in their mind a small and shabby bedroom, a cat curled up by the fire, a third-hand bicycle, a clock ticking, a walk through shabby streets to an unassuming school,  a corner of a sooty garden in which they have managed to grow a few beans or potatoes, a frugal seaside holiday involving quite a lot of rain. There are also the little chores that tie us to normality, washing up, sweeping the stairs, taking out the rubbish.


How do these great ones cope with this contrast with what they really are, and what we have elevated them into being? They may have wanted to be great, and striven for it all their lives. But when they finally caught the enormous Atlantic roller of celebrity, and it lifted them unmistakably far above everyone else, were they dismayed to see their own past lives , and everyone in them, suddenly become so small and far away, and irrecoverable?

The Book Thief and the Power of Words My mom taught me to read when I was four. Since then, I’ve had words shoveled into my head by culture, literature, and dozens of other sources. Words are my comfort, words are my song, words are my liberation. The very base of society rests on reading, on communication through little chicken scratches on thin sheets made from trees. Words are essential to our society—regardless of the fact that 14 percent of the U.S.’s population is illiterate.*


Several of my bookish friends have mentioned Markus Zusak’s book, The Book Thief—a bookish book which I booked from the library to bookishly read. There’s no doubt it’s a book that must be grappled with, but gives few answers for the many questions it raises.


The Ideas
Set in World War II, Liesel Meminger’s world is very bleak. Words become her way out. The first book Liesel steals becomes her link with the past, and as time goes on, the books she reads provide a way of staying sane in the insanity. Indeed, this theme is so strong as to verge on preachy. Several characters are saved by books (and an accordion), in various manners. The Fuhrer invites followers, “beckoning them with his finest, ugliest words, handpicked from his forests….Words were fed into them. Time disappeared and they now knew everything they needed to know. They were hypnotized.”

Read more »
Posted by Hannah Long at 2:51 PM No comments:

It feels very odd to be reviewing the crucifixion. It feels rather indelicate and almost blasphemous. That said, this is a production by man. It is not the actual thing. So here goes.


The episode begins in the morning, combining Peter’s betrayal with Judas’s regret (not repentance). Political drama goes on in the background, with Pilate caught between his wife and Caesar (or as Granny put it: a rock and a hard place). Mrs. Pilate’s segment is used to great effect, her grief eliciting the ironic statement from Pilate that Jesus will “be forgotten in a week.”
Read more »
Posted by Hannah Long at 8:32 PM No comments: