Well, the news has broken. Like an expensive vase. The rumors (which I steadfastedly refused to believe) have been confirmed. Sir Peter Jackson announced on Facebook this morning that there would be a third Hobbit movie.

I'm not quite sure what I thinks, precious. When I first heard the rumors, I dismissed them, and even when I tried to take it seriously, it was all a little unbelievable. Two Hobbit movies was stretching the material pretty thin, but three? Even Peter Jackson couldn't push that far. Well, I guess he can. He has said that a lot of information from the RotK's appendices will be used, which is encouraging. But still, when I first heard the news, I, even I, the die-hard fan, was anxious.

I've realized that ultimately, it gets down to this: How much do we trust Peter Jackson?

I was too young to be involved in the excitement preceding LotR's release, but I do know that no one (outside a few insiders) expected much - nothing like what we got. Some no-name director from New Zealand blew the world away and swept the Academy Awards. Peter Jackson took the UK's favorite trilogy (that no one ever thought would be done justice in the cinema) and performed a miracle. I'm convinced that no one else could have created such a masterpiece with such a difficult book. There must be something about Peter Jackson that inspires people to do their absolute best, because the performance from ever sector was phenomenal. Or maybe he just used magic. 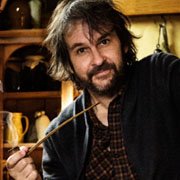 The man is a wizard. Of course he make another Hobbit film and do Tolkien justice. One of the comments on this post (which says basically what I just said, only better) on The Rabbit Room says it best (and the commenter may or may not be my dad):

"Tom Bombadil: Hey dol! Merry dol! Why be ye troubled me hearties! Ol’ Pete’s behind the camera with a steady hand and eye. I’ve been a-running through the meadows and know the River Daughter. Trusty Pete! Rusty Pete! Have no more of dragons and dark lords! To New Zealand I will go!
And 3D is waiting….."

PJ all the way,

Don't Judge a Book - How I encountered 19th Century America, the Middle-East and England all in one day

(Interesting and unusual pseudonyms used - because it's fun.)

Yesterday was my first day of work at a local museum. Basically, it’s a restored 19th Century American farmhouse, school and pastures. It’s hard to describe what I was thinking when I hopped out of the car and walked up the path on my own. First, I wasn’t quite sure what I was getting into – was it a real job, should I try to impress? Or was it just a volunteer thing, nothing to worry about? I wasn’t quite sure – I hadn’t even talked to the director, much less met her. I forced myself not to look back as I heard my mom’s car pulling out of the parking lot. That wouldn’t have been cool.
Halfway to the Visitor’s Center I passed a little old lady and asked her if she was the one I was supposed to talk to.
“I don’t think so,” she said. “You’re probably lookin’ for Agatha, she’s inside.”
My thoughts on other things, my unconscious who-is-this-person-and-how-should-I-act-around-them feelers were reaching out. I immediately, from her soft-spoken country accent, labeled her as a sweet (if somewhat absent-minded) old woman. She walked beside me up the stairs and we stepped inside the Visitor’s Center. Like the farmhouse and school, this building had been built in the 1800’s and it was immediately evident. The rooms are small and square, the walls of plaster, the doors surrounded by thick wooden frames. A ragged rug lies on the floor, old-fashioned chairs and an ancient piano are the only pieces of furniture.

Read more »
Posted by Hannah Long at 4:14 PM No comments:

I usually try not to let the leftist media have the honor of obtaining my disgust - they're just not worth the time. But like Scott Ott, this latest unjustifiable slander pushes me close to the edge. They've started to say that the Tea Party was behind the Batman Shootings. Talk about disgusting.

That's the video, but if you don't have time to watch it, here are the best quotes:

"I never wondered if [the shooter] were a Democrat, or a Republican, or a Communist, or a Libertarian, because it doesn't matter! Because there were seventy people with holes in their bodies that were whole a couple of days ago, and there are people who have lost family members. And when you people in the obsolete media stop thinking about everything that happens as a political circus then perhaps you'll recover some of your humanity and then quit the profession and go do something worthwhile with your lives."
-Scott Ott

Posted by Hannah Long at 4:17 PM No comments:

In Defense of Tom Bombadil

"Old Tom Bombadil is a merry fellow;
Bright blue his jacket is, and his boots are yellow.
None has ever caught him yet, for Tom, he is the master:
His songs are stronger songs, and his feet are faster."
The Fellowship of the Ring "Chapter 8: Fog on the Barrow-Downs."

Tom Bombadil is a mystery. Whenever I come to his brief cameo in The Lord of the Rings, I leave him feeling somewhat confused and definitely amused. Most of the time, I’m content to let him fall into the Tolkien’s Loose Ends category, along with the entwives and the secret of hobbits' origin, which, if we’re honest, is probably exactly where they belong.

Just a cursory search on Google is enough to show that many people have devoted considerable time to cracking the Bombadil code. I don’t pretend to be one of them. I’m not really a Tolkien scholar; I’ve never even read Unfinished Tales (though I really want to), and I only read The Silmarillion once a few years ago. I try my best not to be drawn into stories to the extent that I start quoting and cross-examining them like the Bible (see the Baker Street Irregulars), all the same, it’s always fun to speculate about these things.
Read more »
Posted by Hannah Long at 5:31 PM 1 comment:


"Poets have been mysteriously silent on the subject of cheese."

Greetings, dear web-cruising friend, you have stumbled onto the first post of what will be a very interesting blog. Or, at least, if you’re interested in dry wit, philosophy, theology, high fantasy, mystery and politics, it will be interesting.

To begin, a little about Me, Myself and You. I’m from a small town in the middle of nowhere. You could probably find it on Google Earth – Middle of Nowhere, . But I digress. In this small town, things are as much like Mayberry as they can possibly be outside of idealistic (but very good and absolutely hilarious) TV shows from the ’60s. I’m even more isolated than most Middle of Nowhere citizens, living in a house on a hill surrounded by trees, mountains, wild possums and several magical portals.

The internet, most days, is my only connection with the outside world. However, that doesn’t mean that I’m out of touch with reality. I keep up with current events more than most people, especially those my age. Though my interest in politics has declined over the last few years (mostly into Deep Disgust), I do keep up with the latest Big Gov fiascos.

I have a rapacious interest in books. Right now, the current trend is murder mysteries, so expect plenty on that subject—though my long-lived obsession with The Lord of the Rings will doubtless seep through. Perhaps an occasional Ode to G.K. Chesterton’s Epicness will appear as well. Bear with those, or even better, get some Chesterton and read it.

I’m also a writer, and I’ll use some of the time that I should spend editing and novelling in telling you all about how great my writing is and what’s up with my many half-finished books. Don’t believe my bragging and believe all of my criticism.

As you’ve probably noticed by now, I use sarcasm liberally, but I can’t stand the negative tear-people-down type of sarcasm, so I try my best not to be that cynical. Yet, when used correctly (and with a British accent) sarcasm can be hilarious. And by the way, it isn't "the lowest form of wit" as the saying goes - watch the average YouTube video that has FUnNY!!!_! in the title, and you'll agree with me.

At times, I might write a random essay on something that interests me. This is very possible. I’m working my way to the SAT’s, so I need the practice. Rate them, if you like. I need the help.

So now you’ve heard about the Me and Myself, so let’s talk about You. You’re the Audience. Don’t expect to be catered to; I probably won’t be very consistent in topics. I’m writing letters to myself, really. But I love to get feedback, all the same, so even if you turn up just for the writing posts, or the political posts, or even the dry wit posts, I would love to hear from you. Just keep it civil and on topic, thanks.

In conclusion, I may write in fragments. If there are any web-cruising grammar teachers out there. Give me. A break. Please.