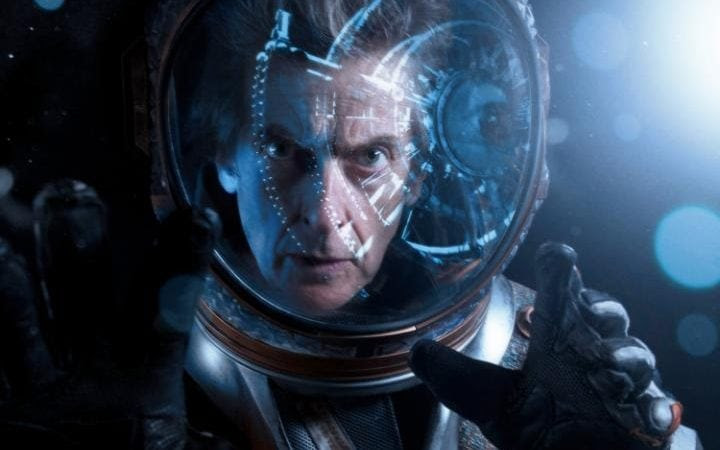 First things first: my fiscally conservative self was bound to be annoyed by this episode's heavy-handed anti-capitalism message, and sure enough, so it was.

It's not just that I disagree with the episode's conclusion, but the message's lack of nuance made the episode feel predictable and rather sanctimonious. When the characters realize their spacesuits have been "hacked" to malfunction, it isn't hard to guess who's behind it (evil fat cats), and a last minute admission that there are other economic systems as disastrous as capitalism doesn't do much to soften the episode's preachiness. (That the Doctor and co. hail from a mythical "union" is so on-the-nose I could cry.)

There are also logical plot holes. Why would a company vent unauthorized oxygen? And if the "organic component" is so lacking in value (flashback to Thin Ice), why aren't they using robots? And if the company is really the end product of capitalism, how come there are still health and safety rules? The main problem with all this is that the episode does push the idea of capitalism to such an extreme that it simply becomes unrealistic. 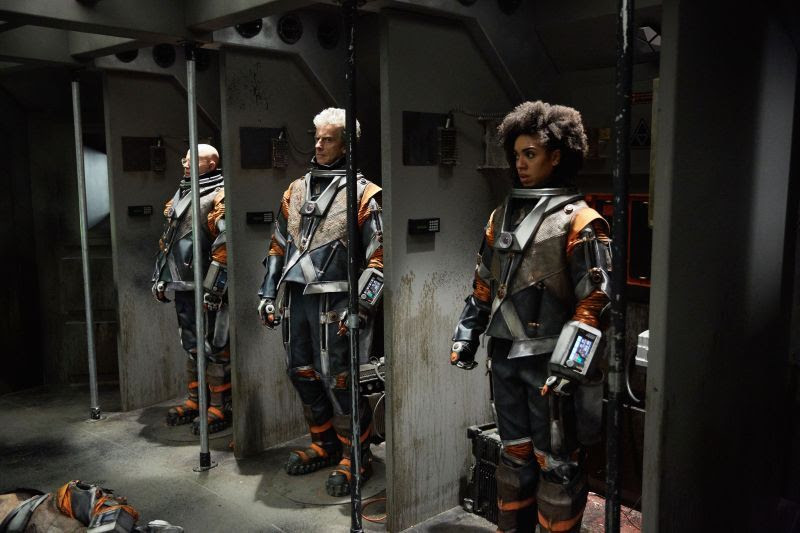 All that aside, however, Oxygen is pretty good, if overstuffed. It's easily the darkest, most complex episode we've seen this season (and possibly the darkest episode of the show since series 4's Midnight). First of all, there's the death by electrocution of 36 workers in a deep space copper mine. Their corpses are then turned into glass-eyed zombies, propped up by automated spacesuits. The Doctor's opening speech about the horrors of the vacuum drive home just how inhuman and devastating space really is. That reality is punched up to eleven (or, heh, twelve) when our heroes encounter it for real.

Other positives? The direction brings us right into the characters' terror. The special effects are great. The art direction is all right, but the whole space-station-in-crisis location has done so many times on this show that it's hard to make it all new.

The Doctor, Bill, and Nardole find four survivors in the mining colony, presumably because the plot requires someone to deliver some exposition (oh, wait, so that's why Nardole exists). One of them's blue, and chides Bill for staring. Otherwise, these characters are completely undeveloped, a mere backdrop to the drama surrounding Bill and the Doctor. 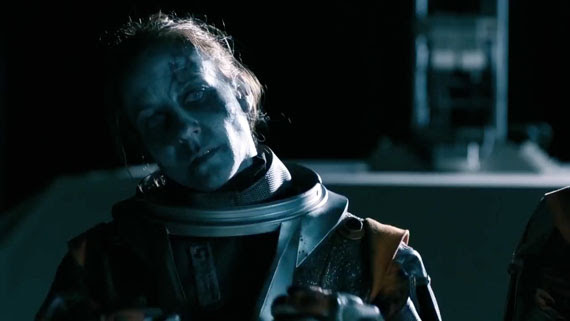 And what drama there is! Nardole gets upset. Bill is half-suffocated, abandoned, and electrocuted by the episode's end. Meanwhile, the Doctor sacrifices his own oxygen to save Bill, blinding himself in the process, it seems permanently. And on top of all that, the sonic screwdriver is crushed!

I'm not sure how I feel about throwing Bill, who still feels like a newcomer, into such bleak conditions. Usually, the Doctor faces the really horrific stuff alone (see The Deadly Assassin, Midnight, Heaven Sent), with a few exceptions (like The Girl Who Waited or Dark Water/Death in Heaven). Bill is the audience stand-in, and a significant portion of the audience is kids. Pearl Mackie's performance is completely persuasive, and I really feel for the character, but I'm a little sad that happy, innocent Bill probably won't be happy and innocent much longer in a broody second half of the season.

As for the Doctor's blindness, it's a plot twist that will have to be handled with care. On the one hand, it kind of feels like a gimmick thrown up by an old show desperate for new ideas. But on the other, the thudding, shocking finality of this development is a welcome change from Steven Moffat's usual policy of avoiding consequences. Having the Doctor cope with blindness will be interesting, but if it's given a quick, Deus ex machina solution (and this is Doctor Who, so it probably will), it could also cheapen what, in real life, is a genuine disability. I have a nagging feeling that Steven Moffat, chuckling to himself, thought, "What if the Doctor's sonic sunglasses were foreshadowing that he was going to go blind!" and wrote a plot to go with that idea. (Update: turns out, it was Jamie Mathieson's idea, but Moffat ran with it.)

That said, as a twist, it completely surprised me. And it forms a nice, ironic (possibly accidental) callback to a key scene in Capaldi's first episode. I'm really curious to see how this is dealt with going forward, and after this episode I'm raring for more.

My review of the next episode: Extremis.

Where do I even start?

This episode has shaken up a lot of my speculation. My current theory is that Capaldi will spend a regeneration to heal his eyes, probably sometime soon. We know the next episode will see the Doctor visiting the Vatican (creepy Catholic stereotypes await!) which contains the library we saw in early teasers. There's also the return of Missy, a glimpse of River Song's diary(?!), and the first appearance of the coat Capaldi's wearing when he regenerates in the trailer.

On the other hand, the Doctor could stay blind for the rest of the season. Unlikely, but that was my first assumption after this cliffhanger.

My sister's new tragic ending of the series is that the Doctor finally meets his granddaughter, but she dies before he can regenerate and see her. She also predicts that the Doctor will be sporting a sonic cane next week.