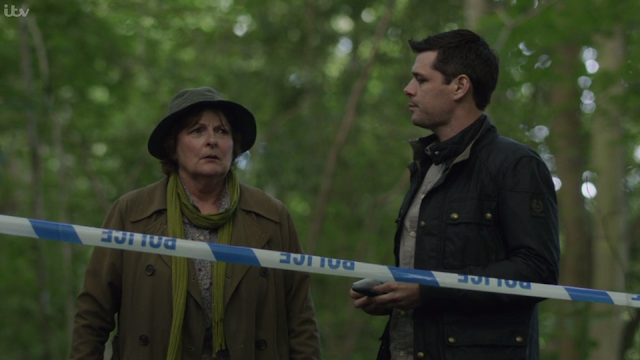 My review of the previous episode: Natural Selection.

"The burden of guilt, eh? It weighs heavily. Easier not to dwell on things."

The second episode of Vera opens with yet another body in the water, this time a young druggie named Nathan Weaver, clobbered over the head and dumped over the side of a forest bridge. Meanwhile, a Catholic priest prays the rosary and looks guilty. 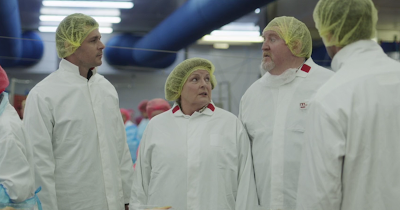 After the body is discovered, Vera and Aiden interview the priest, who runs a charity to help the homeless. With his help, they track down Nathan's friend Kelly, who's working as an escort to support her son, Kyle.

He's Nathan's son too, and Nathan had been trying to get his life together, working at a factory with Brian Bennick and Joe Connell.

Vera deduces from Kelly's callous attitude that the woman is afraid of someone. It looks like it's Adam Gascoigne - an ex-con who picks her up in his car the night after she's interviewed by Vera.

Meanwhile, Vera and Aiden track down Auntie Val Wilcox, Nathan's pawn broker (who seems to have wandered in off the set of Last of the Summer Wine). Nathan came to hock items for drug money - all except the ring he wore around his neck. That, he always said, was...precious to him. 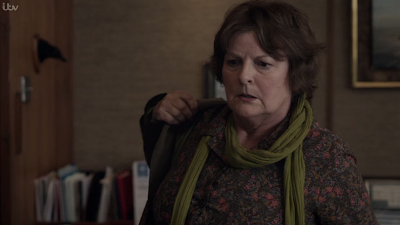 Nathan's mother, Diane, takes the news of his death stoically. She'd lost track of Nathan, and talks tough about his thefts of money from her. All the same, it's obvious she blames herself. There's a lot of blame to go around in this episode, which generally focuses on the effects of guilt on the guilty.

Old sins cast long shadows. It turns out that Nathan was hiding out in a farmhouse where, ten years before, a murder took place. A husband, Eddie Thurston, was accused and convicted of shooting his wife, Laura. He maintains that two burglars shot her, but there was evidence she was running away with someone (Vera quickly susses out who: Brian Bennick, Nathan Weaver's co-worker).


The last member of Vera's original team, Kenny Lockhart, has a personal connection to the Thurston shooting. He was involved in the investigation, and clearly has dark memories. It doesn't take Vera long to figure out why he's so dead-set that Eddie Thurston killed his wife: he's afraid he bungled the case. 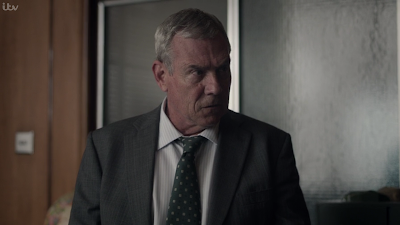 It's a cliched subplot, but it does liven up the story a bit by drawing in our major characters. These days, Kenny is the cast member with the most personality, excepting Vera. His relationship with his boss has the deepest roots, as well. When he turns up at her house, even for this kind of silly "did I send away an innocent man - couldn't 'ave I'm a straight shooter cop" plot, it has some weight. Alas, we don't get much more of the consequences of this story, because Vera isn't willing to going to go there with a regular character.

Meanwhile, Aiden - whose name I have dropped into this review right after Vera's as if he were her eccentric middle name rather than an individual - remains a blank. Dropped hints about his son and buying Vera healthy food does not an interesting character make. He just doesn't do anything, much less anything interesting. Honestly, it's grumpy, passive aggressive Kenny Lockhart who should be Vera's wingman, not blandly handsome Aiden Healy.

My review of next week's episode: Broken Promise.

Longish
Posted by Hannah Long at 12:01 AM