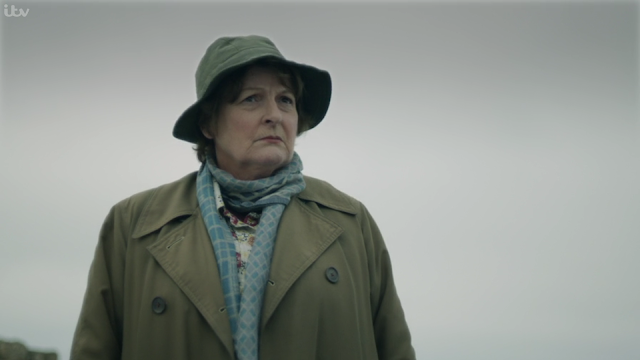 Vera Stanhope and her sergeant, Aiden Healy, are called in when body is discovered on the shore of an island. Gemma Wyatt was a ranger who lived alone on the island part of the year. She worked with Sophia Ashbrook and her intern Peter Haden.

Wyatt was widely liked, but sure enough, as Vera starts to dig, a different picture of the victim emerges. Her solemn, surly sister Alice says, "She knew how to be cruel." Of course, it's possible that Alice is just bitter. Gemma and her boyfriend, Ryan, had been pressuring Alice to sell the family farm, but she refused to budge. 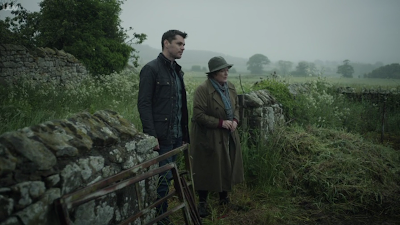 The plot thickens when it turns out Gemma was witness to another death, years ago. Danny Anderson worked on the island. An accident with his equipment caused him to fall to his death from the island's atmospheric cliffs. His mother, Caroline, has made her peace with it, but his father Gareth is convinced someone else was responsible for his son's death.

Meanwhile, fisherman Michael Hogarth supposedly had an argument with Gemma right before she died, according to his daughter, Vicki. In addition, Gemma had an affair with (island worker? just-hanging-out dude?) Jamil, cheating on her fiance, Ryan Campbell.

The island's isolation means it functions as something similar to a locked room mystery. The only entry to the island is via the jetty. At first, it appears that Gemma was knocked out and drowned in the ocean, but a conveniently distant sighting of Jemma, combined with strange bruising patterns on her body (pointed out by new pathologist, Tony) reveals that Gemma might have died earlier than was at first suspected. Vera pulls a Cadfael by tracking down an obscure freshwater plant which identifies the crime scene. (Killers: never drown 'em elsewhere - this never works - TV detectives always notice the chlorine/soap/freshwater algae in the lungs.)

Still, the timeline has issues. If the killer arrived among the island's afternoon visitors, he or she would still have to find a way off the island unseen by the jetty camera. If the killer left with the crowd, they wouldn't have had time to set up a fake sighting of the victim as well as dumping her body away from where she was found. This sets up a fun puzzle for the episode to solve, though it does solve it a bit too slowly (I totally noticed it before Vera). All in all, Natural Selection is a solid reintroduction to Vera's world. The plot is twisty, though it does end on a rather pedestrian note. Brenda Blethyn gets to do all the Vera Stanhope character staples: she's motherly and chatty, breaks down a suspect, is mentorly to Aiden, and gives us another Vera's Dad anecdote. She's the heart of the show, and makes me wish the supporting cast had the chops to match her. Am I missing the good old days of Joe and Billy? Yes, I am. Aiden's baby steps of character development (cooking for the missus, former Catholic) pale beside the larger than life, fully rounded Vera.

My review of the next episode: Dark Angel.

Longish
Posted by Hannah Long at 10:58 AM