My review of last week's episode: Gently Among Friends

Perhaps the greatest irony of Inspector George Gently is that its tragedy always stems from its basic conservatism. To quote C.S. Lewis: "A man does not call a line crooked unless he has some idea of a straight line." This show has always remembered what a straight line looked like. I remember that Gently Upside Down, an episode back in series 4, ends with a young woman, Hazel, berating a failed authority figure. He was meant "to take care of us, not use us." She acts like that should be the natural state of the world.

George Gently has spanned most of the 1960s and Hazel was hardly the only iconoclast. But these children railing against their fathers are never righteous heroes. They're always broken, and even if they wish to transcend "the system," they still display a tangible hunger for the world before it was fallen. They hate their fathers, but want to impress them. They are not men but stunted children desiring attention. 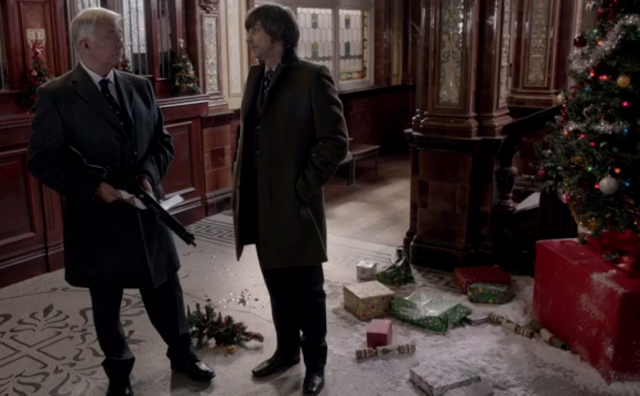 Son of a Gun is all about such children. In an opening recalling the chaos of The Dark Knight, a band of masked robbers burst into a bank (the same one George visited last week), spattering the ceiling with bullets from a WWII Sten gun. Their heist nearly comes off without a hitch, but a boy - later we learn his name is Kit Mcdonald (Patrick McNamee) - trips a robber and the gun clatters the floor. The thieves make a run for it, escaping amid a hail of pursuing gunfire. It appears at first that the volley was without effect, but later, newly promoted Detective Sergeant Rachel Coles discovers the abandoned body of a girl, Lexie.

It's clear from her haircut that Lexie hung out with the skinheads: a gang of teenaged troublemakers who could easily be the robbers. Rachel goes undercover to investigate. Simultaneously, George is reconnecting with Kit Mcdonald, the son of a long-dead colleague. He feels guilty that he hasn't been there for the boy. Edith, Kit's mother, tells him: "A boy needs a dad, George. And if he doesn't get one, he finds his own: good ones, bad ones. You were one of the good ones." 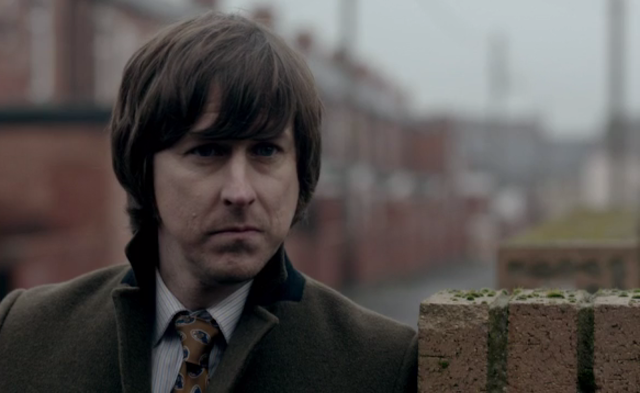 In the context of this guilt, George lectures Bacchus again about his highly unstable relationship with Gemma. If John wants to have a life with her, he must make it official and become both breadwinner and father to Gemma's children (interestingly, in all these conversations, Bacchus's daughter has never come up). In the end, Bacchus presents Gemma with an ultimatum: either she accept his offer to provide a real home, or go back to Walter. This feels a bit unlikely coming from John, who's never been one to yearn for responsibility, and who has fought so hard to win Gemma over the last three episodes.

But both of these subplots are on the backburner. While Gently and Bacchus are around at first to help (to the tune of a Gently-ized Christmas song), Rachel is effectively the main character through the first half of the story. While undercover, she catches the interest of Jonjo Burdon (Jody Latham), a thuggish, melodramatic skinhead. The theatrical Jonjo recalls many other cinematic villains - he has the physicality and anti-traditionalist beliefs of Bane, and the unsettling nihilism of the Joker. 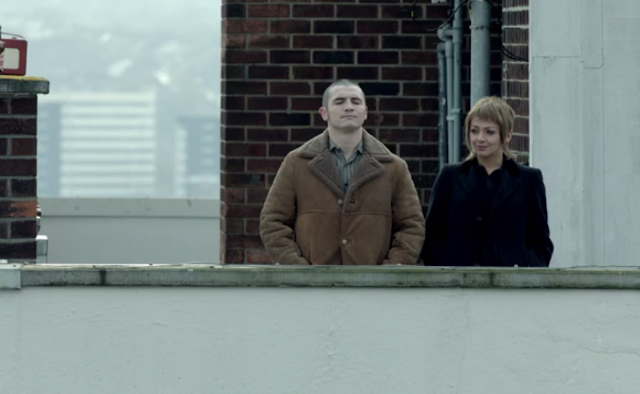 Jonjo also brings to mind Ricky Deeming, a gang-leader from the very first episode of Gently. I wonder if the parallel is intentional, because it is fairly uncanny. Jonjo's boys look to him as the new authority, they adore his strength and confidence. Deeming's aimless rebels saw him as a surrogate father - he commanded their unconditional obedience. Both were anxious to make an impression George.

Deeming told Gently: "Your world's coming to an end, George. It's inevitable. You won't know England in twenty years." Now, merely seven years later, a group similar to Ricky's rebellious cyclists are slaughtering innocents and overturning the established order. Deeming was right: it's a brave new world, but not the utopia he envisioned, once the youth were free of restriction. As the saying goes, if you try to break the laws of nature (both gravity and morality), the only thing that will end up broken is you.

But it's not a hopeless conclusion. Those who live by the sword reap what they sow. And as the 70's dawn, the last scene demonstrates a son promising to live up to his good father.

While this episode isn't perfect, it's a definite step up from last week. It maintains the lighter tone, but manages to work up a tangible sense of danger by the end. Notably, episodes three and four were both directed by Tim Whitby, and one and two by Roger Goldby. There are fewer shadows, more upbeat music, brighter colors. There isn't much of a whodunit, but then, we don't come to George Gently looking for Miss Marple. It's at its best when it's a thriller, and this finale was certainly that.