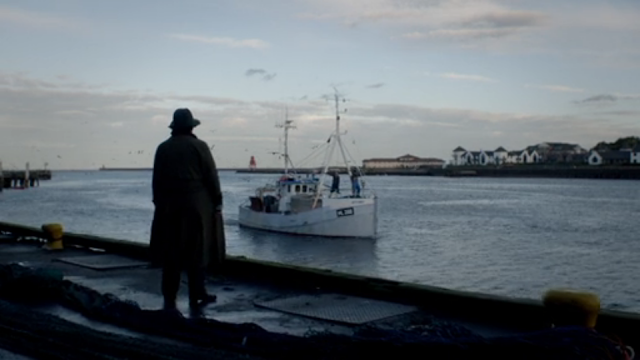 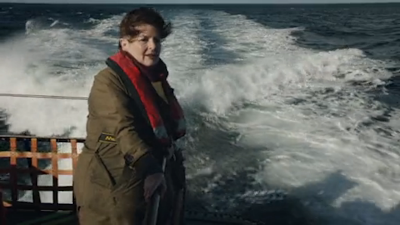 The most interesting piece of information about Tom is that he's been missing several weeks, and no one knows where or why. His two sons, Steve and Lee, have no clue, and they react very differently to their father's death. Steve - the elder brother - takes it quietly - but Lee goes ballistic, tracking down his father's most prominent enemy - Jay Connock - and threatening him with a knife. Several years before, a fire was set at the harbor - Jay's father was killed in the blaze - and Tom was widely rumored to have been the arsonist. Vera manages to talk Lee out of stabbing Jay (as, of course, she must - we can't have that dramatic a showdown early in the episode). Afterwards, Jay is determined to press charges, but his sister, Ellie, seems less gung-ho.

Hanging around are family friends, Anna Marshbrook and her son, Jack - a colleague named Michael Quinn who seems to be hiding something - the harbour-master, Frank Mcafee - and an immigrant, Zahra Suleiman, who flees when Vera and Aiden first meet her. Steve was involved in a fight with an anonymous stranger in the car park, the night of his father's death - Vera quickly discovers he's the new beau of Steve's ex-wife Karen. The story carries us through a plot including smuggling, secret deals, and lies until the inevitable revelation of guilt.

An odd thing about this episode: there are lots of suspects who hang around the corners of the story and never present solid alibis or are discounted as red herrings. It means the plot spins along quite efficiently, but the investigation doesn't seem as thorough or tight as Dame Agatha (patron saint of detective fiction) would like it. The emotional story-lines are interesting but not engrossing, which means we're a bit indifferent to the outcome. 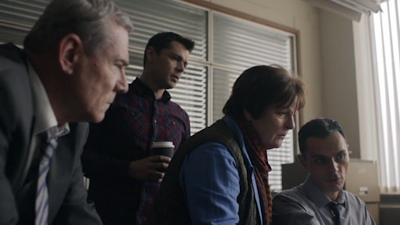 Meanwhile, the episode mostly ignores the doings of the regular cast. Aiden's new baby has arrived, but the event serves as nothing more than an excuse for Aiden to be grumpy and tired - we don't even know the gender or name of the child. Vera - who has never shown much warmth towards children - seems quite sanguine about the blessed event, even getting the kid a gift (two months late, but still). Hicham and Kenny hang around, being there. Vera might have complimented Aiden, but coming from the new, milder Vera, that's not as noteworthy.

Overall, this season has made some good efforts to try and shake things up - but hasn't appeared willing to follow through. It had an effect, but not a long-lasting one. Vera is still a solid show - Blethyn's mere presence ensures that - yet I do wish we could return to seriously examining Vera's inner life, as was done in the first three seasons. She's a fascinating character - we want to know about her - and not just the occasional unexplained act of random kindness (as satisfying as that was). Aiden is not a fascinating character, but he never will become one unless he gets to do something beyond look annoyed.

My review of the next episode: Natural Selection.

Longish
Posted by Hannah Long at 11:23 AM