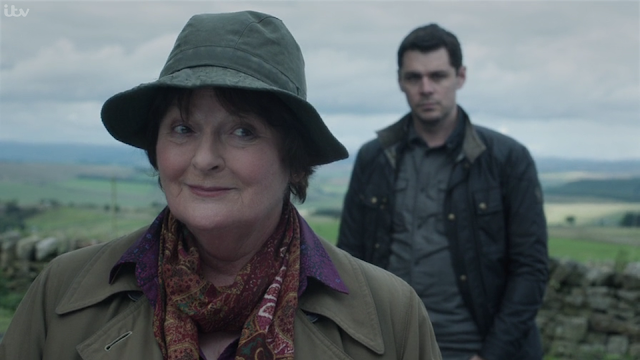 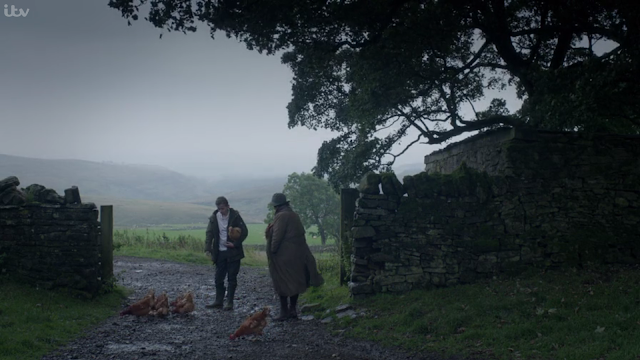 Indeed, this episode feels more personal than usual, taking the Broadchurch approach to a young person's death. When P.C. George Wooten from Missing Persons meets Vera, he says he put a little extra work into this one. Everyone is taking it a bit more seriously.

Mia lived with her parents and brother, Jason, at a dairy farm in the middle of nowhere. While her parents take her loss hard, their neglect of Jason and rumored mistreatment of Mia means Vera suspects they may have had something to do with the girl's death.

Mia hung out a lot with a gang of local pickers. Janisz Hiszpanski is a rather shady character, according to his buddy Blazej Bobienski. The pickers' employer Jack Madden is keen to protect his men, so he's not particularly forthcoming when Vera and Aiden interview him.

Owen Tomlinson, Mia's boyfriend, was prepared to move heaven and Earth to find her. Of course, Vera quickly figures out that he was Mia's ex-boyfriend, and not particularly happy about it. His friend Jo Travers defends him, pointing to Mia's rough parents. Mia herself was the type of girl who would lead men on, she says. 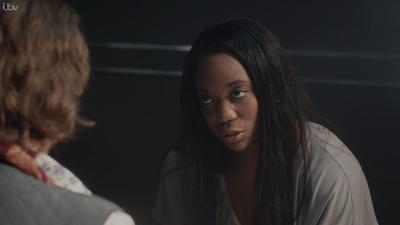 One of the last sightings of Mia was by nurse Meryl Fairchild, who said she'd seen the girl arguing with Gary Tovey, a veteran who knew Mia because she worked at his wife Claire's stables.

When Mia disappeared, she was supposedly en route to a music festival, where she would meet her friend Erin. It takes Vera and Aiden a while to track her down (she's having an affair with the lead singer of her favorite band, unsurprisingly), but when they do, she shakes up their imperiled timeline even further. It's the timeline that this episode hinges on, as Vera and Aiden try and piece together Mia's last days.

Finding out about Mia's life in Newcastle, Vera and Aiden encounter a few new suspects - Zoe, a club manager who'd seen Mia in her bar, and Lorna, a girl who was assaulted not far from that club. 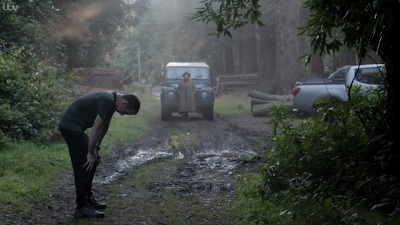 That about covers the suspects, but what's really nice about this episode is the character beats. Mia's family appear to be a cliched creepy backwoods family at first, but the story takes the time to flesh out each family member. In a story with a lot of side characters, most of them get a little time to grow and establish themselves.

The script itself has snappy dialogue, and Vera and Aiden both get some delightful lines to deliver. As for Aiden, he's grown on me this season. His brief moment of mature sadness at the beginning of this episode suggested a depth which he hasn't achieved yet, but could (go that road, writers - give him some real challenges - not just changing diapers). He has a nice, fun rapport with Vera that keeps their relationship interesting.

The direction emphasizes the sheer space and size of the bleak countryside, while waiting to notice the tangible, physical elements of the place. Mist. Rain. Grass. Vera, as opposed to the well-groomed quads of Morse and the gas-lit streets of Sherlock - is a show that thrives in the wilderness. And this is an episode where the show thrives on a number of levels. I'd still like to see some serious character arcs and conflicts to tie the show together (Endeavour has me spoiled), but it's still a solid, worthwhile show, as this season has demonstrated.

My review of the next series premiere: Blood and Bone.

Longish
Posted by Hannah Long at 1:02 AM