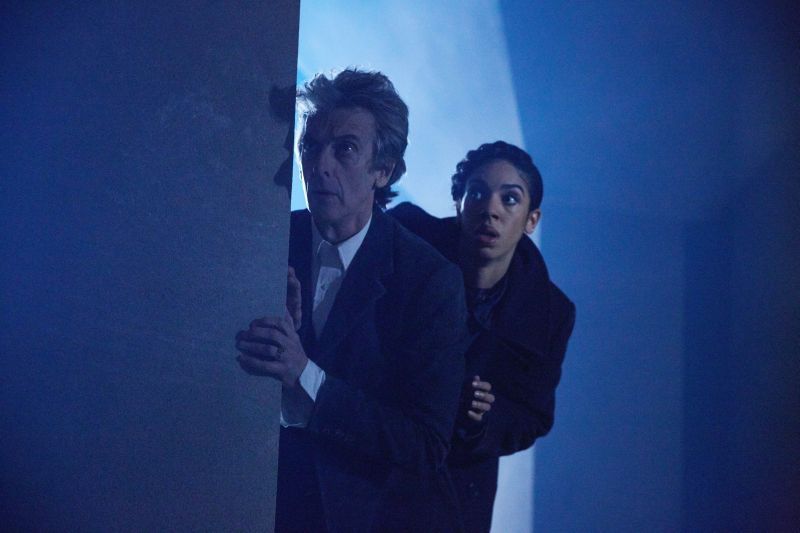 
So we get the answer, this week, to why Bill's love for the Doctor worked as a way to let the Monks in. Apparently, they don't need to be loved themselves, but they do need "a pure request without ulterior motive" as a way to worm into Bill's psyche and use her thoughts to broadcast their Orwellian Fake News campaign around the world. The only way Bill is staying sane is by holding imaginary conversations with her mum, a magic black woman from the 1970s who reminds Bill that while they don't think it be like it is, it do.

Still, when Nardole ("Nardy!") turns up, Bill is pretty glad to see him. Together, they break onto a barge to rescue the Doctor, where they are inexplicably overlooked by the red-cloaked Monk, who's making the rounds looking creepy and not actually doing anything (he's later dispatched, unceremoniously, in the middle of a gunfight - blink and you'll miss it).

Of course, said Monk was probably expecting his guards to be doing their jobs, but they've been reprogrammed by the Doctor, who's been playing the long game, waiting for Bill to turn up.

Why's he waiting? Oh, you know. He's got half a theory that he needs Bill to save the world, so he's just biding his time, helping enforce a fascist state with propaganda videos. Don't think about that too hard.

He also needs Missy's help, it turns out. Missy is always a delight, but she doesn't deserve to exist merely for exposition. She does absolutely nothing in this episode except explain something the Doctor already suspected, complete with a few sinister Missy-isms. Of course, there's apparently things going on the background: the Doctor is attempting to effect Missy's rehabilitation. You might recall that at the end of Last of the Time Lords, David Tennant's Doctor swore, not to execute the Master, but rather to keep him imprisoned until he changed. The Master chose death (for a season and a half, anyway) rather than endure this fate. Moffat decides to revisit the idea with Missy, giving Capaldi's Doctor a thousand years to try and inculcate his principles in a mass murderer. (And it seems to be working, somewhat: Missy wants to save the world, even if she wants to do it the wrong way.)

Now, that's an interesting idea, but as with most things, Moffat's Doctor Who isn't interested in sticking around to watch slow character development. It bypasses another interesting chance to do just that, by making the big Doctor-gone-bad twist a huge fake-out, complete with fake regeneration. What would this story have been like if Bill had had to convince the Doctor (whose mind has been addled by the Monks, say) that what he was doing was wrong - if she'd had to do the slow work of "reprogramming" him. That would have been an interesting challenge for both the characters and the show to sell convincingly. Instead, she shoots the man (?!) she just sacrificed the whole world to save, and gets a pat on the back for doing it. The Doctor has clearly been going to the Mr. Rochester School of Testing Your Female Friends' Character. 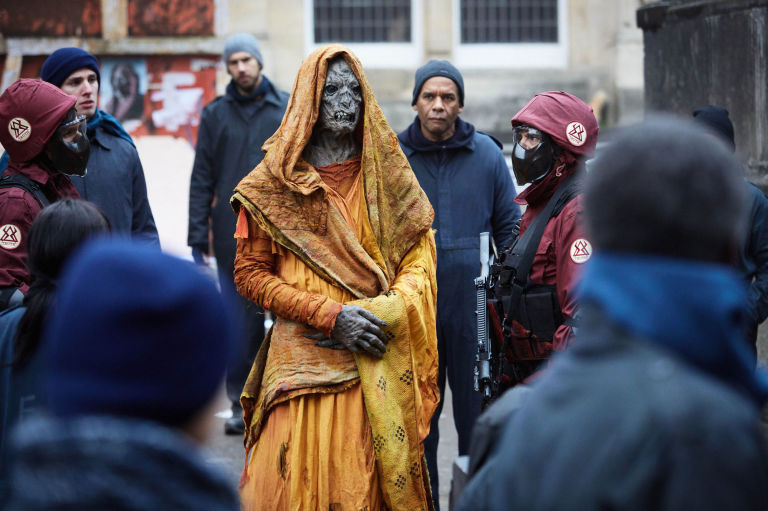 But I will say, to steal another Jane Eyre reference, Bill certainly proves she has as much heart and soul as the Doctor. Pearl Mackie glows in this episode, wearing her courage and her heart on her sleeve. She has a wonderful way of exuding her emotions that I don't think any companion has matched since Rose. She also has her hero moment, echoing River's death in Forest of the Dead. Like that scene, it packs a serious amount of emotional punch which was then lessened by a lack of consequences.

But at least River ended up dead(ish). Bill goes back to school, with a paper due. She sold the world to an alien force, thereby indirectly created a murderous police state, then she shot her best friend and sacrificed herself for him! Surely that's got to have an impact.

The episode is full of big emotional moments that don't really go anywhere. That's not to say I didn't buy them. Capaldi and Mackie are so good (Murray Gold is being a bit melodramatic, but his music is solid here too) that most of the time I'm completely suckered into the story. And I'll admit, my conservative soul was more than a little stirred by the phrase: "She's a glimpse of freedom. And a glimpse is all you ever need." If we'd had a bit more thoughtfulness and a bit more commitment to understanding the cost of that freedom, this could have been a great episode.

Oh, well. Monks, we hardly knew you. You just fly off in your Illuminati pyramid and are never seen again.

My review of the next episode: Empress of Mars.