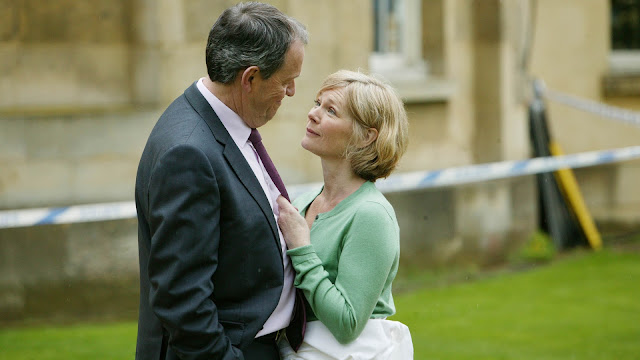 Murder in Oxford! Panic in the streets!

Well, British panic—which means we’re suitably upset about the whole thing but couldn’t we hush it up quietly?

This Lewis episode brings us back to the heart of England’s deadliest city when Rose Anderson, a graduate in classics, is found stabbed to death alongside a canal.


Lewis and Hathaway are quick to the scene, and have now regained their familiar banter (“Pictures are hung. People are always hanged.” Morse would be proud.) Dr. Hobson is still irritable about the whole situation, but she’s coming around. Chief Superintendent Innocent is hoping Lizzie Maddox will shake up the boys’ routine (I hope so too, but it hasn’t happened so far.) At the moment, she's becoming pals with Innocent, but once again is hindered by the established closeness between Whately and Fox. 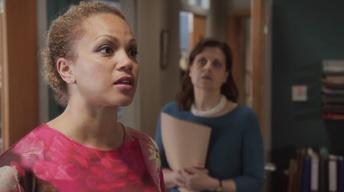 Investigation progresses through a series of rather predictable plot twists, and with a solution that only barely hangs together. One revelation, in particular, precisely mirrors one from the pilot episode, way back in 2006. That said, the improbability (something I pardon more in Endeavour than Lewis—though I’m not sure why) is rather lost in the wake of several solid performances during the final unveiling.

The suspects? From the crusty old professor who loves no one but Euripides to parents with a terminally ill child to the damsel in distress and her sleazy astrophysicist husband—we’ve seen all of them before. Notable is Andrea Lowe, playing said damsel in distress. She makes a connection with Hathaway who, gallant but professional, provides a sympathetic ear.


It’s a basic if somewhat unremarkable middle installment. The conclusion is sober, but the impact of some rather good dialogue is muddied by the light-hearted setting of the denouement.

My review of next week's episode: Beyond Good and Evil