The World's a Small Place 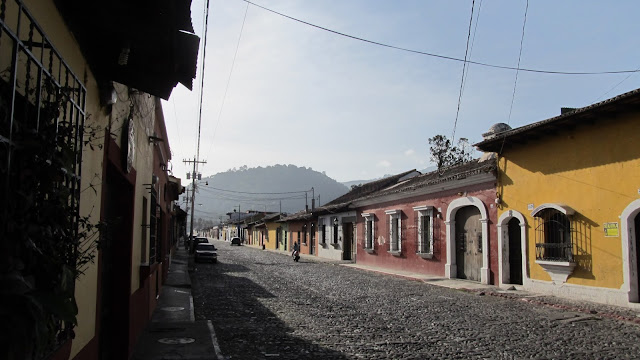 As I wove through the streets of Antigua, sidestepping trash and leaping onto the curb just in time to avoid a motorcycle shooting through traffic, I wondered why I didn't feel disoriented. Over the scene loomed a mist-haloed volcano - it wasn't active, but the other volcano on the other side of town had been spewing lava down its side all day, a track of glowing orange in the distant night sky. The smell of frying meat and melted cheese (mixed with the ubiquitous Diesel fumes) made my stomach grumble. Musical Spanish voices crowded the night air; I had to focus to pick out my meager vocabulary from the jumble, respond, and then shell out a few Quetzales for a meal.

And bizarrely, I felt right at home.

It's occurred to me before that being a Christian is a little bit like being in a secret society that's not secret. It encompasses all cultures, all ethnicities, all races, all occupations, all time. As I stood in Guatemala, it struck me more strongly than ever the universality of the Christian faith. I grew up in the Bible Belt, but Antigua rivals my hometown for piety: everywhere there were cathedrals and shrines, Spanish orisons stenciled onto plaster walls, church bells marking the hours. It was a connection that let me bypass the strange food, language, and culture and get right to things that mattered.

I was struck by this in several places. First, and perhaps most strongly, in our sister church in Antigua, as our congregations clumsily but earnestly attempted to alternate between Spanish and English worship songs. 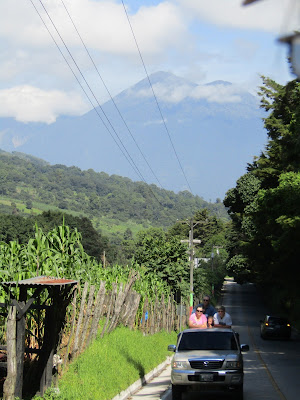 We were in Guatemala to build houses. Every morning, we clambered into the backs of three rusty pick-ups and bumped along the cobblestone streets of Antigua, out of the city, and into the winding mountain roads. Sometimes it would be raining, and we huddled under plastic ponchos trying to keep dry. At last, we arrived at the colonia - a tiny corner of the world where three or four families made their home.

The family for whom we worked lived in a hut with dirt floors and cooked their food on a stove fashioned from a sheet of tin on stacked cinder-blocks. On the other end of the one room, an old TV flashed music videos featuring images of lavish mansions and scantily-clad pop singers, draped in gold and designer clothes.

While we were working, I stumbled through a conversation with several Guatemalan women on the job site. Five generations of one family lived on the same patch of land. Paula, Maria, Elvira, Gladys, Diana. When I told them my name, they smiled, and proceeded to call me "Juanita" for the rest of the week. One of the first things they asked me was whether we were Catholic.

"No," I replied, but: "nosotros somos aquí porque Cristo" which awkwardly translates to: we are here because of Christ.

The oldest lady, Paula, her face lined deep with living, broke into a grin and responded in a flood of enthusiastic Spanish. She clasped her hands together, lifted them to heaven, and brought them down to her heart, as if drawing down grace by a physical ritual. I understood her instantly. I knew that we had the same relationship.

That fact is a bit remarkable, given the fact that I really had absolutely nothing in common with Paula. We speak two different languages. I'm descended from Germans, she from Mayans. I was born in the '90s - she had seen four generations of her family come into this world. There was an entire universe of experience between us, but we worshiped the same God and loved the same Father. 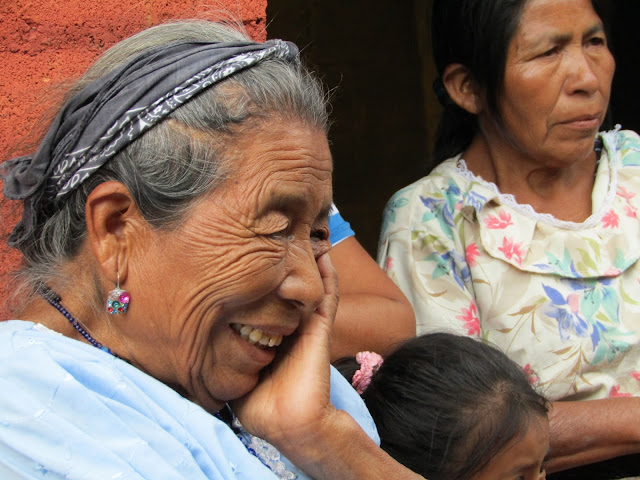 The first time she visited Antigua, one of the little girls in our party stood in awe of the city's size. "Whoa," she breathed. "The world's a big place!" My experience, perhaps due to my own cynicism, was exactly the opposite. I knew the world was big. But as I shared a brief moment of common worship with a Mayan woman, I thought: "The world's a small place."

And the church - the small-c catholic church - is big - far bigger than it may seem, cloaked in a tiny Mayan grandmother.

After 2016, that day in Guatemala seems even more poignant. Thanks to the fecklessness and ambition of Man, it's become difficult to separate faith from the narrow, hypocritical partisan politics of our culture. But Christianity is not an American (estadounidense, rather) invention, a Southern tradition, or a political prop. It is not the white man's religion. However much it has been used and misused by Westerners, it is not a Western religion - it is a global, interracial, intercultural faith which reaches out to all humanity.

I'm still going to fight for the redemption of American Christianity. I'll fight for a Christianity that remembers its principles and its place in the global catholic church. But if I fail, there's an elderly woman in Guatemala who is keeping the faith alive, quietly, in a village in the mountains. That humbles me, heartens me, and reminds me of the gravity and grace of our mission here on Earth.

So then you are no longer strangers and aliens, but you are fellow citizens with the saints and members of the household of God, built on the foundation of the apostles and prophets, Christ Jesus himself being the cornerstone, in whom the whole structure, being joined together, grows into a holy temple in the Lord.