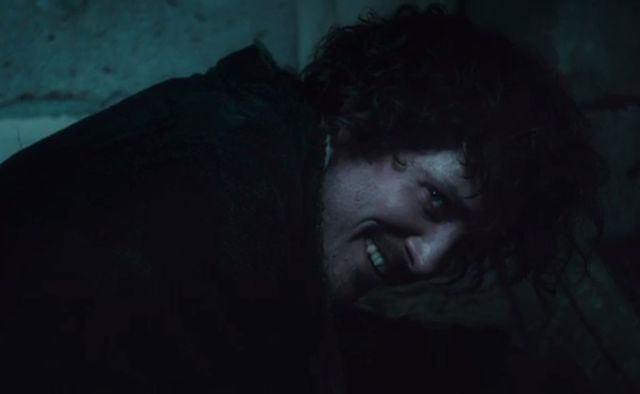 Episode six opens with both Norrell and Strange mourning losses. Norrell's regret is rather less flamboyant. Though his refusal to help Strange save Arabella created yet another bone of contention between them (a collection which amounted to two or three whole skeletons already), he honestly does miss his erstwhile pupil. He sits quietly in his dark green rooms and sadly contemplates Jonathan Strange's new book.

On the other hand, Norrell's distress may come from the necessity to magic away so many beautiful volumes, because for the rest of the episode, he's pretty ruthless. The way he threatens Drawlight in order to make the dilapidated shyster find Jonathan Strange was positively Michael Corleonesque: "I can conjure terrors, sir, of which your mind cannot conceive. Find Mr Strange and stay with Mr Strange." 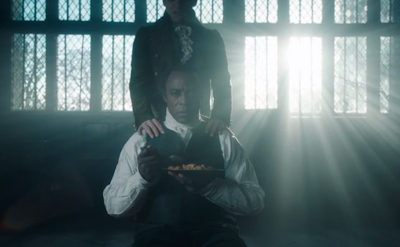 Yeah, this whole magic thing may be getting a bit out of hand.

Other things getting out of hand: Jonathan Strange. He's popped up in Italy, where he's being a very poor tourist (his room has no view), shutting himself up inside and doing everything he can to drive himself mad. He already looks the part, being, indeed, sadly altered. It takes the help of an effervescent young lady, Flora Greysteel, to direct him to true madness. He does this by turning an old woman into a cat, in exchange for her aid in the art of insanity. Whereupon, he eats a mouse and goes mad. (I am just glorying in these ridiculous sentences). This allows him to finally contact the Gentleman, who plays it cool while he's with Strange, and then rushes to Stephen Black and freaks out. Something must be done.

And he does it, though not without cost to himself. The Gentleman imprisons Jonathan in a pillar of darkness which saps the magician's strength and terrifies half of Europe.

Before all this can be accomplished, Strange makes more headway into Faerie than anyone until now. He not only bargains away Lady Pole's finger from the Gentleman, but breaks into Lost-Hope and sees Arabella. Realizing your wife is the abductee of a creepy fairy and has been made to forget you even exist can't be all that heartening a revelation, but coming right on the heels of Jonathan's agonizing despair, this is terrific news! 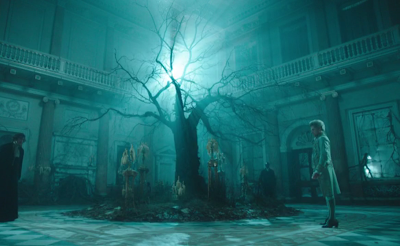 Jonathan - before utterly defeated - is given courage to fight back against even the worst of the Gentleman's enchantments (I do hope Bertie Carvel watched some funny movies while filming this episode, because he completely sells Strange's hopelessness and bitter grief).

Back in the real world, Stephen Black has imprisoned Vinculus at the Segundus-Honeyfoot Asylum. But unlike crazy Lady Pole, there's something about Vinculus that makes Stephen listen. Possibly, it's the Oprah-like promises of a kingdom ("And you get a kingdom! And you get a kingdom! Everybody gets a kingdom!"), but by the end of the episode, all Stephen's hopes of freedom and empowerment are dashed.

I had grown rather tired of Stephen's passiveness and indifference towards Lady Pole's suffering. His eloquent polemic against his seemingly inescapable destiny - written on his skin - hinted at hidden nobility which made for a welcome change. And was it just me, or did this waterside scene have echoes of the Lady of the Lake and Arthur? 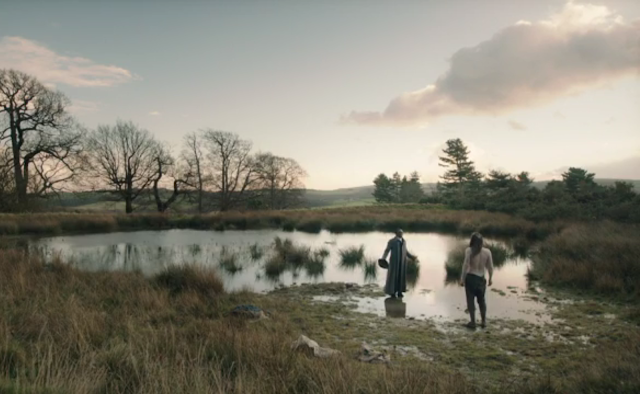 But now Vinculus is dead. Oh well. After all, strange men lying in ponds distributing tattooed prophecies is no basis for a system of government.

Vinculus is dead. Arabella isn't, but might as well be. Jonathan Strange is trapped, with only Drawlight - now styling himself after Micawber - to act as proxy. Sir Walter Pole has lost control of the political sphere. Mr. Norrell's retreating into his shell. The Gentleman is ascendant. Stephen Black is still - and seems likely to remain - a nameless slave.

All hope is lost.

Next week, magic is coming back to England, and its gonna be wiiiiiild.

Unfortunately, I shall not be around to see it, because I shall be in Guatemala. We'll have internet, but there's no promise that I'll be able to watch and review this until I get back. In the meantime, I'll probably post a thinkpiece about the series as a whole, which may include a recap based on the last fifty pages of the book. In the meantime: don't make deals with fairies, peeps.

My review of the finale