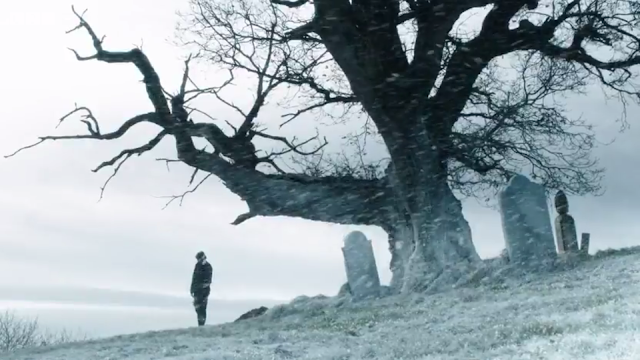 My review of last week's episode: All the Mirrors of the World

This episode started off with a bang as Jonathan Strange returns to the battlefield, finally breaking his own rule about killing by magic - and thereby losing a piece of his soul (merely a metaphor, Harry Potter fans). But while the Napoleonic wars are over, another battle is brewing on the home front. In the North a Raven King-supporting brand of Luddites (Johannites, they call themselves) are raising Cain, which gives credence to Mr. Norrell's request to censor Strange's upcoming Magic in 5 Easy Steps for People Of Whom Norrell Disapproves. 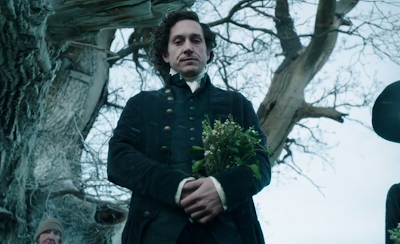 Arabella, meanwhile, is spirited off by Stephen Black in a magic carriage, only to be replaced by an impostor who fools Strange into accepting the enchantment, and who dies the next day. Strange refuses to accept this, determining to raise her from the dead, and spends most of the rest of the episode either a) trying to convince Norrell to help, or b) work up the courage to do the zombie-magic instead. At last, Arabella's brother Henry knocks some sense into him, pointing out that pre-Revelation resurrections don't tend to work out so great.

Upon arriving at Lost-Hope, Arabella has her memory wiped, and forgets anything of her life before. Losing her only friend nearly destroys Lady Pole, but Segundus and Honeyfoot - private investigators, erstwhile magicians, blunderbuss wielders - have been doing a bit of gumshoe work. Segundus knows that something is preventing Black and Lady Pole from telling the truth, and he's beginning to discover that there is a method to Lady Pole's mad stories. They're in the midst of deciphering them when Vinculus arrives, ready to prophesy at a moment's notice: "The nameless slave was a king in a strange country..." Stephen Black is rather creeped out. 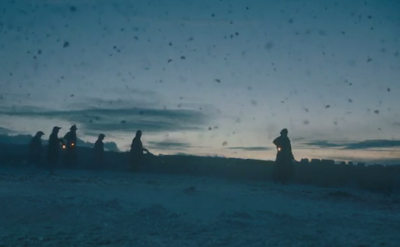 The intriguing Childermass continues to work behind the scenes. He's having to try harder now, because he's working against Lascelles, who has Mr. Norrell wrapped around his little finger. In fact, it is Lascelles that convinces Norrell to rebuff Strange's desperate pleas for help. Childermass and Strange, on the other hand, hit it off - to the point that Strange offers Childermass a job. The Yorkshireman seems to consider it, but concludes that it's up to him to keep English magic competitive, and promises to ally himself to whoever seems on the losing side. It may be a wise decision, because neither Norrell nor Strange are in the right state of mind to hold a monopoly on power (spoiler alert for life: there is no right state of mind to hold a monopoly on power).

And by the end of the story, it's definitely looking like war. A bedraggled Strange breaks into Mr. Norrell's house and is carted off to prison, where he concludes that the only way to really tap into powerful magic is to embrace madness - taking a page out of George III's book. (Apparently we will not be having a romantic interlude in Italy.) Drawlight, moldering in prison, overhears this and dons a sneaky expression. 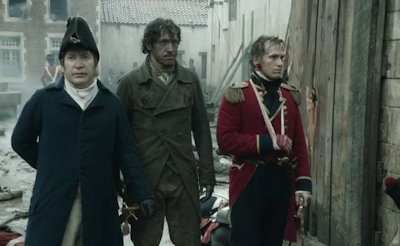 This episode cleverly expanded two elements which didn't entirely make sense in the book. While Jonathan welcomes Fake Arabella back to the house, we simultaneously see what's happened to real Arabella (a good narrative clarification.) Next, Jonathan isn't as sanguine when Fake Arabella "dies," which will add meaning later in the story. Finally, it's explained why the government doesn't mind Norrell's private censorship.

Overall - this episode seemed a little less adventurous than usual, but foreshadows a pretty interesting conflict. No time to write anything more - I'm currently at work. Might dash off a few more thoughts later.

My review of next week's episode: The Black Tower