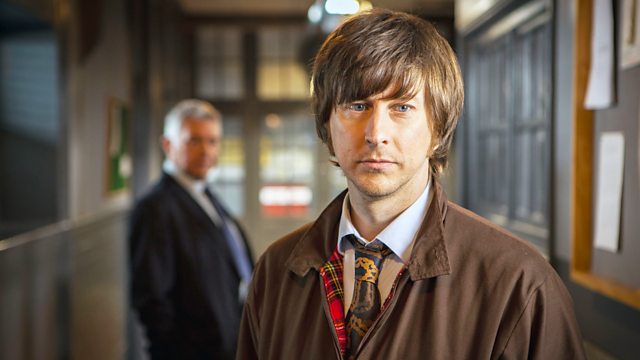 My review of last week's episode: Breathe In the Air

Two weeks ago my dad bought half a dozen Lyle Lovett CDs from a sales rack. For the last few days, my listening library has consisted mostly of Lovett and Johnny Cash. Pondering over the previous episode of George Gently while listening to That's Right (You're Not From Texas) made me think of odd things. What if our heroes were transported abroad (a la Inspector Morse, in two episodes), to investigate crime in the Lone Star State?

Imagine my amusement when I found Gently and Bacchus dropped into a flashy American club with Johnny Cash playing in the background (Will the Circle Be Unbroken and Ring of Fire, to be specific). They're looking into the death of Scott Parker, a visionary who wanted to be "Mr. Newcastle" (wait, I thought this was Durham?). It looks like suicide at first: he threw himself off a bridge onto a pile of trash - but it's soon seen that he was dead before he fell. It's looking like murder. 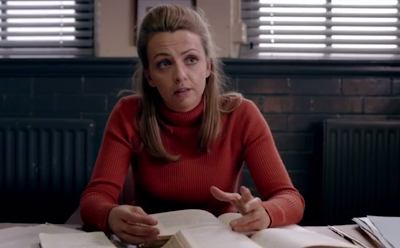 The story begins at the birthday party of Pete Magath (Anthony Flanagan). Scott Parker gives an awkward, half-insulting, patronizing speech that clearly sets up the antagonism between the two men. Scott was a childhood friend of Pete's. The third friend, Michael Woodruff (Adrian Bower), is one of the organizers of the city-wide garbage collection strikes. I thought, for a while, that the strike would provide another opening for social commentary, but for the most part it's merely a distraction to a small interpersonal affair.

To be the first proper whodunit of the series (episode one introduced a wild card villain, and there was never much doubt who the bad guys were in episode two), it doesn't spend much time introducing alternate solutions. It was obvious that Scott, Michael, and Pete had been in a fight. The details are fuzzy, but it happened. Scott - apparently - stumbled out into the night - and was never seen again. This is questioned a bit, but there aren't really viable alternatives. 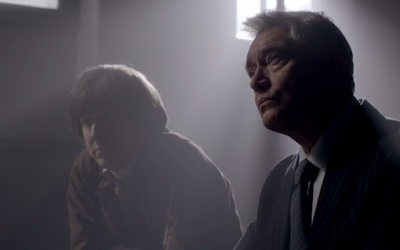 The suspect list is quite slim as well. Along with the three men are two wives: Anita Magath (Emma Cunniffe) and Jo Parker (Louise Brealey). Some of Scott's sleazy creditors are harassing Jo, who is obviously Not All There. This problem is taken care of by Bacchus's merry men. He has decided to get in touch with his previously nonexistent Robin Hood side.

Speaking of out-of-character moments, I was not buying the whole drinking sequence. Must all our detective duos bond through long, rather embarrassing drinking games? Bacchus, yes. But Gently, a WWII vet with a sense of professional dignity...I just can't see it. And I tend to think he would be rather chagrined, or at least somewhat tiffed (what a British sentence this is turning out to be), when Rachel walks in on this.

In general, the characterizations in this story just feel a bit off. Perhaps this could be because it's the first episode of the series not to be written entirely by Peter Flannery. For some reason, I did not find it engaging.

One thing that was right: Taylor. It's always good to see more (if not necessarily hear more) of Taylor. 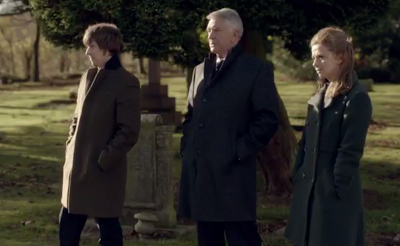 Not the most satisfying of episodes. Very little happens, really. Some nasty people are nasty and stay nasty and will continue to be nasty in the future. Bacchus asks George about his MS again, and again gets blown off. Gemma is still around (here I was thinking she'd be gone after the last episode). Capitalists are evil, but pretty much everybody else is too, except for poor gambling Jo.

Given the lengths to which George went to crack last week's case, I find it hard to believe he'd be so sanguine about this conclusion. I'm not, as a rule, against an ending like this, but when there is so little resistance (c'mon, George, you can break those two guys' stories), it feels like a letdown. Corruption! Justice averted! Oh well. 'Nother day at the office.

My review of next week's episode: Son of a Gun

Longish
Posted by Hannah Long at 11:28 AM