My review of last week's episode: Gently With the Women

It's not really a proper George Gently series until George battles evil in high places (last week, it was only mid-places). Now he must cope not only (as per usual) with corruption in the ranks, but the vast bulk of corporate crime, as well as his bickering subordinates.

After a brisk morning run, George dashes off to investigate the suspicious suicide of Valerie Cullen. All seems straightforward, but George isn't convinced. He starts to delve into her past. She's a doctor, suffered from depression, and was estranged from her smarmy husband - also a doctor. Eventually, it becomes apparent that Valerie had been investigating health violations at an old factory - a fact which many people resented. 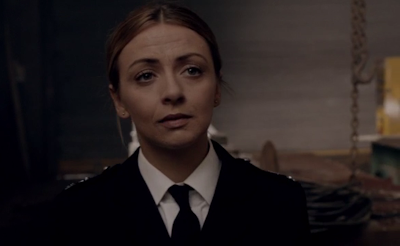 As they dive further, investigations take them to Rachel's hometown. (I was kind of wondering if we'd find out her childhood nickname was Ringo. Cause, y'know, we're already got George and John, and P.C. Taylor certainly looks like a Paul...) While in town, Rachel reunites with the parents of a childhood friend who died from cancer (played respectively by Lesley Nicol of Downton Abbey fame, and Nicholas Woodeson, who has the thickest, loveliest accent I've ever heard on this show). Quickly, George and Rachel begin to deduct that her friend's death might not have been the inevitable tragedy it seemed to be at the time. Both of the children played in the factory when they were young, which means it is quite possible that Rachel could have been harmed as well.

Pushing the investigation further suddenly acquires a risk when posh lawyers turn up to intimidate Bacchus and George. They make it very clear that pursuing the case will lose them their careers - a real risk for John, since he has just been promoted to inspector.

On top of this revelation about her friend, things at the office have been difficult for Rachel. What with Bacchus's promotion, she will be stepping into the gap in C.I.D., and he's not happy about it. But as he accompanies her through her home, works with her more regularly, watches as she deals with this personal crisis, and (most impressively) she helps him remove a splinter, he begins to accept the new status quo.

That's important, because it's a real possibility that this could be the last season of Inspector George Gently. Shaw has said he's not interested in continuing, but Lee Ingleby is all for it.


“Get out the flares. It’d be interesting to see where it would go if it carried on into the Seventies. Bit of glam rock, I’d like to see that.” 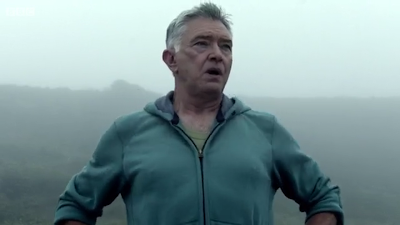 Could we see a spin-off series, a la Lewis? And if Inspector Bacchus is a thing, would Lisa McGrillis come along as sidekick? Bacchus and Coles certainly have marvelous rapport (far more than Hathaway and Maddox), though I still have a hard time imagining Bacchus solving crime sans Gently. Losing Martin Shaw's gravitas will certainly harm the show, but I could see it working, if Bacchus sobers up.

But then again, the possibility of losing Gemma has left Bacchus more solemn than usual, and he even shows a few glimpses of maturity. For one thing, he's really starting to get a bit worried about George, whose illness is beginning to show. As for Gemma, well, Bacchus is willing, but she's, inexplicably, trusting her husband. The subplot is left hanging, and since Annabel Scholey is credited for next week's episode, I suspect the drama will continue.

At this point in the series, Gently and Bacchus have perfected a cleverly structured bad-cop/good-cop routine. It's hinted that George doesn't merely tolerate Bacchus's arrogance with suspects, but uses it as a strategy (which, in retrospect, means some of the interrogations in the other six seasons make a lot more sense now.) On the other hand, it is Rachel's lighter touch that is ultimately successful. George knows how to employ both of his surrogate kids. 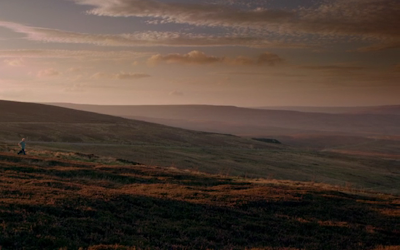 It seems he's protecting both of them, as well, since he refuses to confide about his illness. Instead of using Rachel's health risk to mention his own, he merely comforts her. When Bacchus, poignantly, asks if he'll always be around, George quickly assuages his worries. Their relationship is tested here, as John is asked to lay his career on the line to pursue the case, but it comes out stronger than ever. "It's been a pleasure to work with you, John," George says.

Overall, this is another strong episode. We all know the risks taken will come out okay because it's merely episode two, but it doesn't diminish their weight. I'd have liked to see a denouement, but I can understand the choice to end where it does. Another point: the music in this one was particularly good, except perhaps for an impromptu music video near the end (seriously, where did that come from?) Terrific performances from all - this is the type of thriller this show does best.

My review of next week's episode: Gently Among Friends