I was suspicious at first. It didn't help that it had a decidedly French emphasis on sexuality (my puritanical evangelical soul wasn't sure what to think). The Phantom plays the role of seducer, father figure, and tutor to the young soprano, Christine Daae. He lives, Gollum-like, underneath the Paris Opera, creeping about through catacombs, poling across his underground lake, swinging through the rafters.

Christine is fascinated and repulsed by his darkness, and finds his mystery intriguing, despite the evil things he does. To the rest of the characters, the Phantom is a monster, orchestrating a reign of terror in the Paris opera house, requiring cash payments and complete obedience to his every whim. His obsession with Christine is his only redeeming quality. In other words, he's a monomaniac stalker who uses his victim's guilt and fascination to manipulate her. Charming. As for Christine, her feelings are divided when another suitor, the straight-laced, masculine viscount, Raoul de Chagny, appears. His advances are of a very different kind - he offers protection, financial stability, and a chance to "share with me one love, one lifetime."

Obviously, this must be the stolid, boring traditional villain, I conclude. But no. As the Phantom continues establishing his Machiavellian rule, losing more and more of his mystique, he reveals himself to be less sensitive bad boy than masked thug, while Raoul's offer remains unequivocally positive.

Christine is torn. She's no fool, but the Phantom has taken advantage of her grief and uncertainty for so long that she finds it difficult to turn away. Also, he doesn't take kindly to break-ups, taking it out on poor secondary characters. The Phantom is a thoroughly modern hero - he has a tragic backstory which he uses to excuse his behavior ("The world showed no compassion to me!") and retreat into low self-esteem. He begs Christine to "lead me, save me, from my solitude." Naturally, his psychologist would recommend that he think positive thoughts and indulge his passions (it's not his fault, you see). He tries to fill his own emptiness with deceiving domination masquerading as true love. 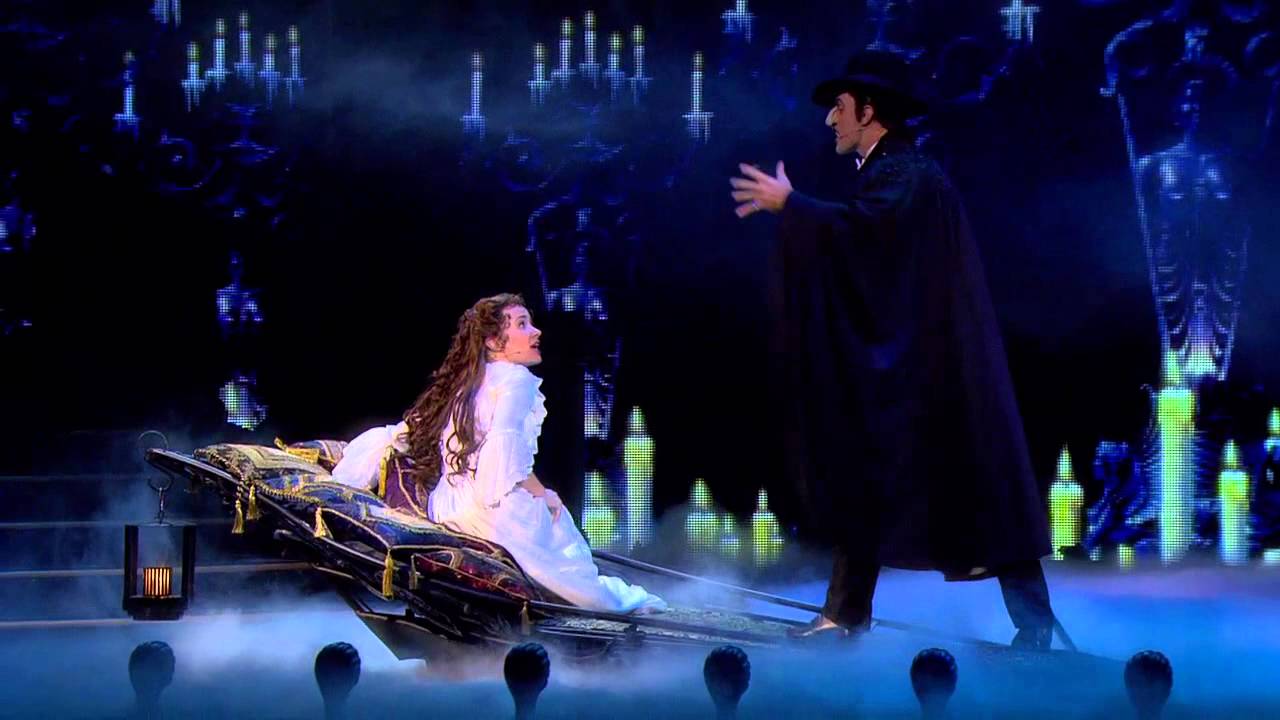 His lies cannot stand forever. The ending (which I shall attempt not spoil) reveals to Christine the Phantom's true character. Seeing the pathetic basis for his cruelty empowers her, but it is something else which grants her the courage to solve the dilemma the Phantom creates. The dilemma is set up over about fifteen minutes of riveting theater. I couldn't look away.

Up until this point, I had been skeptical but appreciative, worried that the story would glamorize the abusive relationship at its center. It's the same basic format of awkward, naive girl and gorgeous but dangerously aggressive boyfriend that you can see in Twilight, and to a greater extent, 50 Shades of Grey. But the way in which Phantom's plot is finally resolved is completely different from the other two: the salvation comes through an act of unmerited grace born of reality, not escapist dreams.

Love is not love until the lover is willing to sacrifice everything - their very self - for the object of that love - even and especially if that object doesn't deserve it. This love acts from complete humility in which there is no possibility of personal gain. The act of grace in The Phantom of the Opera is like this. It is a love which shows that only through sacrificing everything is one made complete.