Mirror, Mirror: How the Modern Fairy Tale Reflects Us 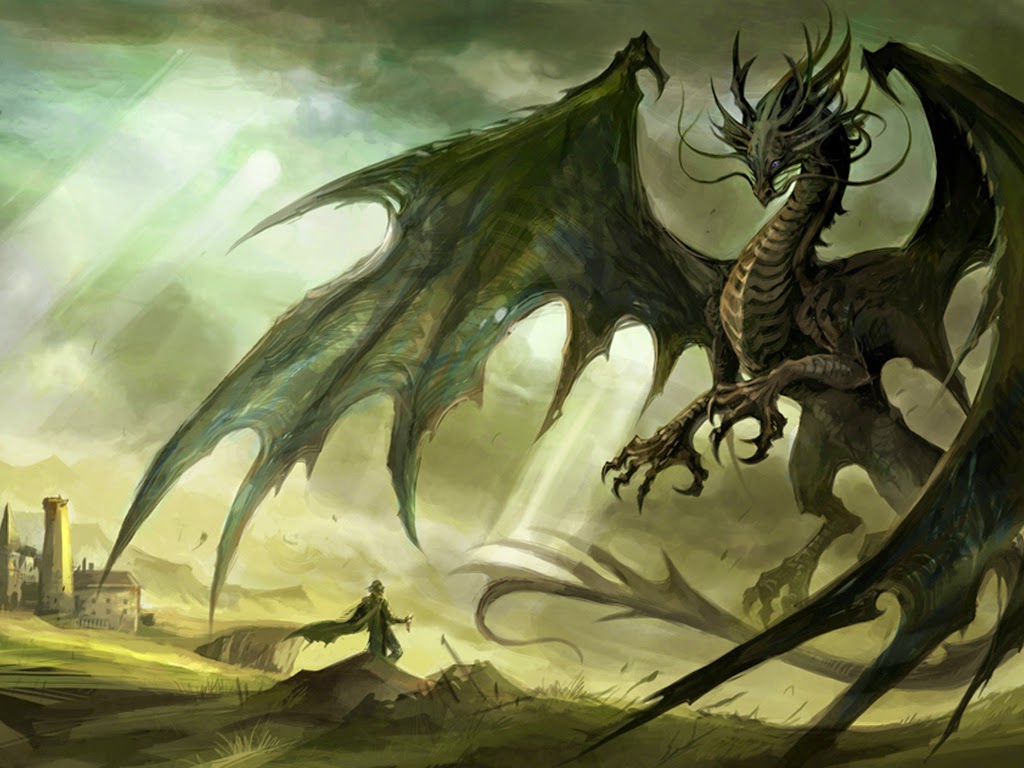 Mankind should have outgrown happy endings a long time ago. From merely a brief perusal of the daily news, it seems unlikely that we would still be interested in the whimsy of fantasy. Yet in the wake of such seminal tragedies as 9/11, in a world fractured by war, disease, and death, fairy tales remain one of our most recognizable cultural icons, as evidenced by the enduring popularity of books such as The Lord of the Rings and Harry Potter.

The present form of the fairy tale, like all literature to some extent, reflects the culture of the writers, but some things remain fixed points, among them the happy ending and a deep interest in the mystical.
Stories of the supernatural are hardly new. From ancient oral legends like Beowulf to modern blockbuster franchises like Harry Potter, we have long had a fascination with worlds ever so slightly different from our own. Opinions may differ on the precise definition of fairy tales, but there are a number of recognizable conventions—dragons, fell beasts, fair princesses, castles, magic, and other items alert the reader that he has entered the land of Faerie. Somewhere in the tale, the supernatural will invade the natural.

After a certain point, the plots fit into a mold, the classic Western convention of rising action, climax, and resolution. Fairy tales hardly ever lack a happy ending, as “The ending is actually the beginning. The once upon a time is not a past designation but futuristic: the timelessness of the tale and its lack of geographical specificity endow it with utopian connotations” (Zipes, xiii). Often the turning of the tables comes at the very apex of catastrophe. At the moment that the night is at its darkest there is an abrupt reversal that Tolkien dubbed the “eucatastrophe” (68). When all hope seems lost, the prince arrives, the villain slips, the heroine returns from the dead, and

“…the sudden ‘turn’ comes, we get a piercing glimpse of joy, and heart’s desire, that for a moment passes outside the frame, rends indeed the very web of story, and lets a gleam come through” (Tolkien, 69-70).

These things have long distinguished the fairy tale from other literature, but new stories have their own specific characteristics.
Modern fairy tales reflect modern sensibilities and evolving social norms. While older stories imitate the paternalistic, primarily white societal structure of the tellers’ world, recent tales also reproduce the mindset of their period, the changing face of the Everyman, and contemporary desires which drive the plot. For instance, Disney’s 2009 film The Princess and the Frog is set in New Orleans, with a female African-American protagonist whose dream is to start her own restaurant. 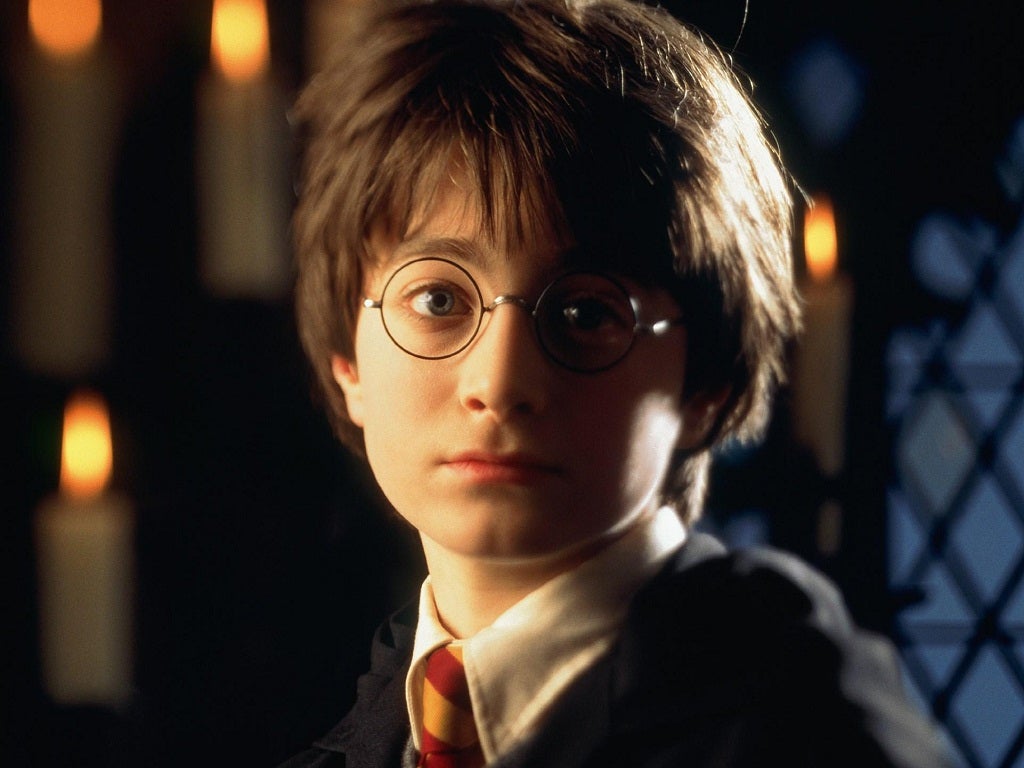 A real-world setting is the common denominator of several recent fantasy bestsellers. Part of a subgenre called Contemporary Fantasy, the tales takes place in ordinary surroundings, with fantastical elements added in. In this regard, the books of early 20th Century writers such as E. Nesbit and Charles Williams were the forerunners of the Twilight, Harry Potter, Artemis Fowl, and Percy Jackson series, all of which feature magical creatures living in a current setting.

Another subset of Fantasy, Low Fantasy, is also set in a realistic world, but not necessarily in the modern day. An example of this would be both the books and the television adaptations of George R.R. Martin’s medieval era Game of Thrones. Game of Thrones likewise slips into Dark Fantasy, an edgier and grittier vision of reality perhaps triggered by a reaction, beginning in the 1970s (Zipes, xxvii), against the perception of fantasy as sanguine and escapist. Martin, criticizing fellow fantasists said their stories were set in the “Disneyland Middle Ages” (“GRRM Interview”).

Dark Fantasy is one sample of how modern fantasy is become less “child-proofed.” Interestingly, this heralds a return to the roots of fairy tales, for it is well-established that they were not originally meant for children (Zipes, i; Tolkien, 33-46). Perhaps originating in the Christianity of several key writers (Murphy, 31-43; Anderson, 143-145), this tradition is, in fact, a relatively new one, emerging from 1830 to 1900 (Zipes, xxiv), with the advent of the Victorian age, an era noted for its high moral standards. The Grimm Brothers, as early as 1819, in the preface to the second edition of their collection of German fairy tales, wrote “[W]e have carefully removed from this new edition every expression that is unsuitable for children” (“Preface,” 2).
Walt Disney’s popular versions of archaic tales cemented this mindset into the popular mentality with his highly saccharine and lighthearted animated revisionism (Zipes, xxvii). While Disney’s 1950 Cinderella ends—if not blissfully, at least peaceably—for all, in the grisly original story, Cinderella’s stepsisters cut off their own toes to fit the all-important shoe. The prince is alerted by scarlet blood soaking up their white stockings (Jacobs). 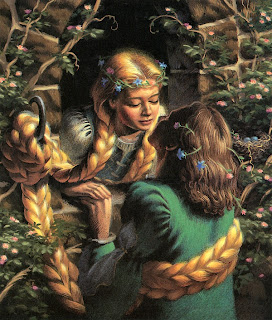 However, despite some lessening of gruesome violence, the Grimm brothers’ censorship “focused more on editing out sexual references”—Rapunzel, for instance “in its original version clearly indicates a sexual relationship between the title character and her rescuer, but Wilhelm [Grimm] downplays this in later editions” (Campbell, xxvii).
Today, even the well-known happy ending is put up for grabs. We are experiencing an upsurge in the “anti-fairy tale” that “tend[s] to concentrate on the specific problems of the fairy tales [as] they reflect today’s social reality” (Mieder). Many retellings of old tales excise the “happily ever after,” setting events after the blissful conclusion and showing the consequences of fairy tales’ often dramatic and drastic endings. In Margaret Peterson Haddix’s Just Ella, the story picks up right after Cinderella has moved into the castle and is experiencing second thoughts about marrying the prince, who was, after all, rather quick off the mark. Other ways of subverting classic tales include adding a cynical twist to the traditional mores of fairy-stories, or shifting the perspective to that of a secondary character or the antagonist. The Frog Prince is often used as an allegory of sexual maturation, or provides fodder for erotic humor in publications such as Penthouse and Playboy (Mieder). In Wicked, a popular Broadway show, the protagonist is Elphaba, Wicked Witch of the West from L. Frank Baum’s original tale, The Wizard of Oz, and C.S. Lewis’s dark retelling of the Cupid and Psyche tale, Till We Have Faces, is from the point of view of beautiful Psyche’s very ordinary sister, Orual.
New stories throw in some volatility into the cast by breaking characters from the mold of their fairy tale role—in the 2007 film Enchanted, for instance, the princess ultimately rescues her love interest rather than vice versa (he, it turns out, isn’t a prince, but a divorce lawyer) and in Andrew Peterson’s Wingfeather Saga, much to firstborn son Janner’s chagrin and surprise, the kingdom passes to the second-born, while Janner must act as his younger brother’s bodyguard. This reversal and increased character development is also common on television, where fantasy has distanced itself from the quest narrative, instead adapting to the necessary serial format. Popular series Once Upon a Time, a mixture of low fantasy and drama, is set in the small town of Storybrooke, Maine. A cast of characters under an amnesiac curse attempt to vanquish an evil queen, while simultaneously discovering their true identities as fairy tale characters such as Rumplestiltskin, Snow White, and Prince Charming. The fairy tale format morphs into television standards, drama abounds—romantic entanglements, mysterious paternity and unsolved murders.
But in the end, despite drama and flawed heroes, despite the fact that new tales reflect our troubled age, happy endings are, and perhaps will always be, the prevalent conclusion. While the heroine in Just Ella doesn't end up with the handsome but not-so-charming prince as assured in the original tale, she does elope with Jed, the local priest's son, and makes a new life doing charity work among war refugees. Amidst the drama of Once Upon a Time, the curse is still broken. The Beast may be more beastly, but he’s still a prince underneath it all.

Introducing machine warfare, and kicking off an increasingly mechanized, mechanistic age, World War I symbolized, perhaps more than anything, the end of Victorianism and a worldwide death of innocence. But the twin hearts of the fairy tale, the happy ending and the lure of the mythical, predate Victorianism, springing from both idealistic and cynical stories, and still thrive in the barren soil of the modern world. Great War veteran Tolkien's eucatastrophe remains “the true form of fairy-tale, and its highest function” (68), and tales are still populated with the stuff of legends.
If current conventions in fairy tales reflect the cultural moment, perhaps their unchanging elements say something about humanity as a whole. These are beliefs that are written into our beings:
There are dragons. And despite all evidence to the contrary, we will live happily ever after.