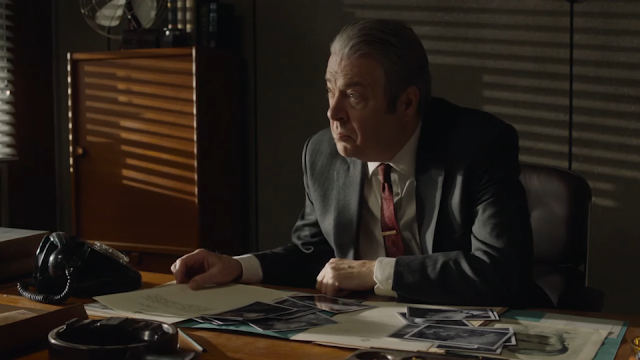 The investigation into the man with the slit throat on the tow path is ongoing. Morse thinks it's clearly a different case from the Molly Andrews murder, which seemed to be nicely wrapped up in the previous episode. Professor Blish, of course, didn't explicitly confess to the murder, which bothered me at the time, but this coyness was actually the writer's intentional choice - to allow Thursday's doubt to continue. And continue it does, to the point that Thursday has been following around his preferred suspect, the dead girl's boyfriend, Carl Sturgis, after hours. This seemed indefensible at first, until Thursday hears the same eerie whistling that turned up in the first episode. Could that be the girl with the sword? Or is the real killer still loose?

The actual story of the episode centers on two murdered Pakistani men. The first instance was clearly a killing motivated by racism, albeit the panicked, probably unpremeditated racism of a stupid young skinhead calling himself Gary Rogers (played by Roger Allam's real-life son, William). His hatred was ginned up by a local conservative politician. He lives with his mother, Mrs. Radowicz (played by Roger Allam's real-life wife, Rebecca Saire - and who showed up in series 5 previously in the same role). 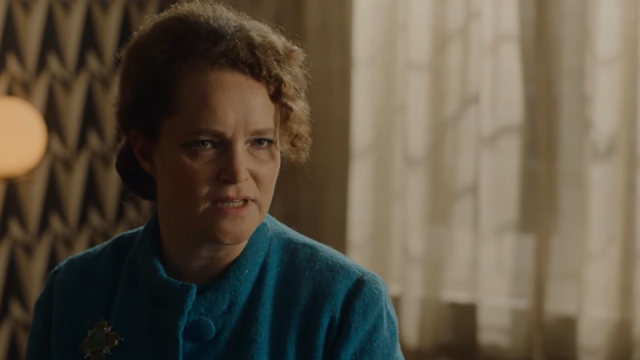 The A plot is that of a murdered delivery man, Mr. Aziz, who's killed right as he steps into the flat where he's dropping off food. He works for the Jolly Rajah, a restaurant operated by a multi-generational Pakistani family. The father, Uqbah Sardar, is suffering the early stages of dementia, but refuses to stop working. His brother, Rafiq, slaves away in the kitchen, and his two sons, Farook (a doctor) and Salim (married to Nuha) are poised to inherit their father's money.

The dead man died in the flat of Oberon Prince, a famous food critic. Prince goes missing immediately after the murder, which shoots him up the list of suspects. His ex-wife, Rosemary, tells Morse that her former husband could be violent when he drank. Her brief interview is so long and well-acted that I was convinced she was the real Number One Suspect.

In the same apartment building is Ilsa Trent, Martin Gorman's daughter. She's having an affair with Farook. Everyone knows everyone in this case, it seems like.

The theme of this story is guilt - and more specifically, sin. "Do you believe in sin?" Violetta asks Morse.

A difficult situation - to not believe in sin and yet be unable to forgive!

It's a strange episode, this - this will be the first series of Endeavour which is only three episodes, so the story almost feels like an unusually long film, with this as the middle act. The family drama at the center of the story is engaging, but the final solution is logistically unlikely. My suspicion for a while has been that the next series (Endeavour has been renewed for another season) will be the last, and this season so far feels a bit like the show treading water before a big finale. Big status quo shifts are not really on the table for the characters. But perhaps they'll turn up in the next episode.

That's not really a criticism - I do find the throughlines of the story intriguing - is Thursday pursuing a phantom or a reality? Is Morse being set up by two bored rich people - and if so, why? He has no money to give them - and I can think of no reason why they'd want revenge. But there's something definitely not right about the way both of them seem intent to seduce him.


My review of the next episode: Zenana