Much of the story feels fresh because we're seeing it through the eyes of new companion Bill Potts (Pearl Mackie).

I’ll be the first to admit I was unsure about Bill as a companion. The first clip sold a sort of Donna 2.0, and I didn't find the scene funny out of context. However, I’m very happy to be proved wrong. Pearl Mackie’s Bill is adventurous and optimistic. Her occasional, Donna-like brashness covers an appealing innocence and naivety that reminds me more of Rose. Katherine Sas pointed out the importance of her “honest face.” She’s the Arthur Hastings of Doctor Who (which reminds me: David Suchet is guest-starring later this season! Be still, my fan girl heart!), mixing Leela’s tough ingenuousness with a modern sensibility.

That’s not to say there aren’t some character missteps. For instance, Bill’s first speech about the girl in the cafeteria felt simultaneously out of character (surely she wouldn’t spill out such a personal story to a man as intimidating as the Twelfth Doctor?) and a clumsy, fairly unfunny way to reveal she's gay. However, she quickly recovers as she peppers the Doctor with awkward questions about the TARDIS, time travel, and Daleks.

The story isn't Moffat's strongest, but it's serviceable. Heather is appropriately scary, but Moffat’s choice to resolve the situation with a “power of love” solution instead of a “man who stops the monsters” solution is a bit of a letdown. The puddle monster is menacing, but the fact that the Doctor and company can zip around the galaxy so quickly to avoid it never allows a situation to arise in which the water puts them in genuine, sustained danger. The TARDIS can be a bit of a suspense-killing, Deus ex machina at times.

As for Capaldi himself, he’s thoroughly at home as the Doctor, bickering with Nardole and delivering stream-of-consciousness, artsy lectures. He keeps a few of his "aging rock star" props, but avoids some of their more painful "how do you do, fellow kids?" moments from last season. These days, he's more like the hip teacher. Speaking of which, I’d love to be a fly on the wall in one of the Doctor’s faculty meetings. 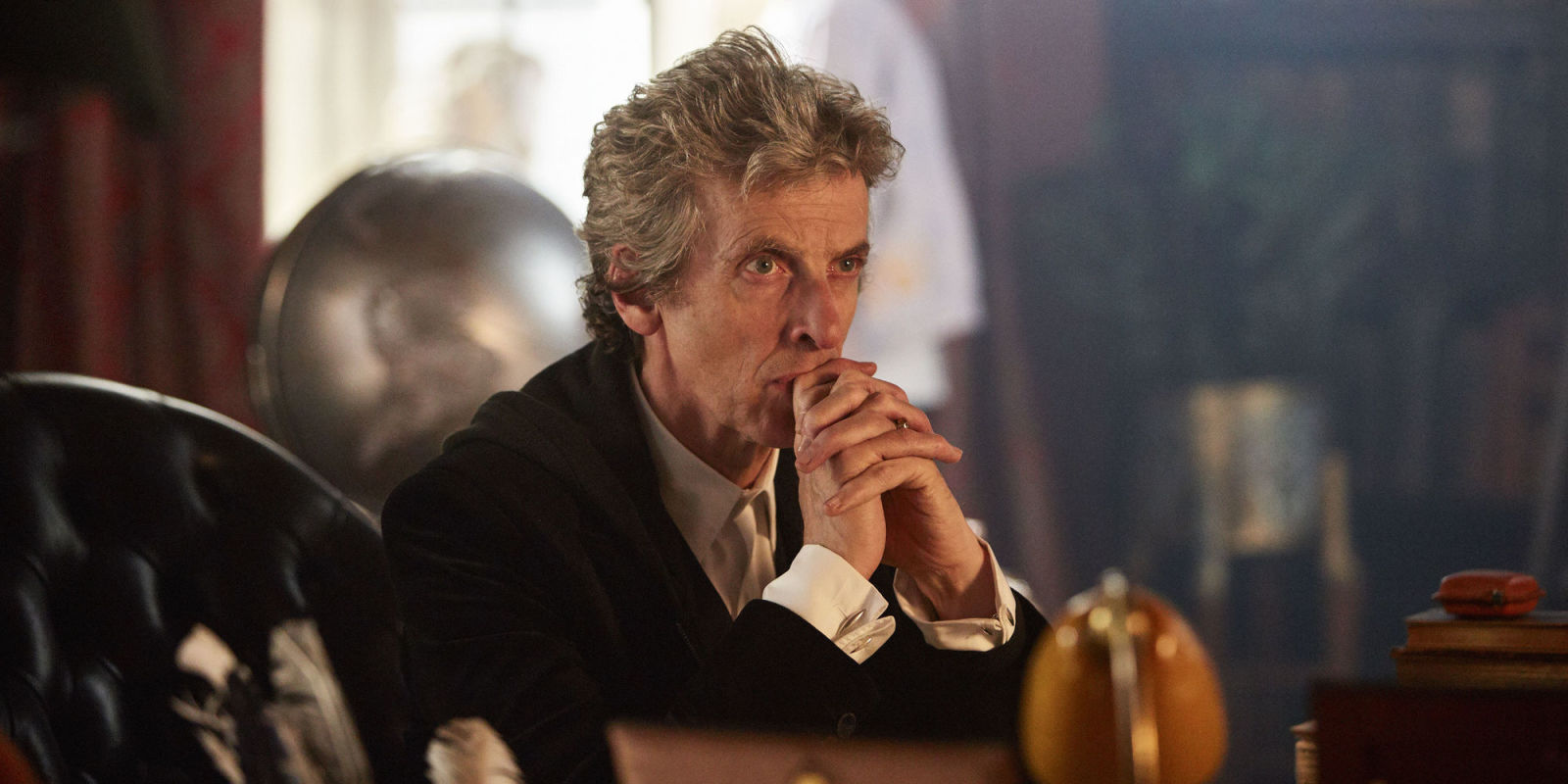 Nardole is more entertaining than his silly introduction in The Husbands of River Song. His dour pessimism and fussiness contrast well with Capaldi’s confidence and growly intensity. What are they guarding in the vault? The mystery does not have the same resonance as the mysterious crack in the wall, but it’s simple and doesn’t require the same sort of mythological theorizing and continuity weight as “the Hybrid.” (All of that compounded the dumbness by conveniently ignoring the fact that we’d already seen a Dalek/human hybrid in Daleks in Manhattan.)

The Pilot brings to mind several previous episodes. Evil watery creature? Waters of Mars. A mindless alien entity that needs a pilot who wants to leave? The Lodger. Mysterious gap into which people drop? The cracks in The Eleventh Hour.

There are other callbacks. The Doctor has a portrait of both his wife—River Song—and his granddaughter—Susan Foreman—on his desk. They’re interesting choices of portraits. After all, the Doctor’s traveled with hundreds of people, why those two? River makes sense: the Doctor’s just spent his last night with River on Darillium, before she heads back to meet him for the first and last time in the library. Susan could appear for one of two reasons: a personal wish by Capaldi (he's long wanted Susan to come back to the show), or Steven Moffat, teasing a potential cameo by Carole Ann Ford. Of course, Clara is entirely absent, except for a short musical callback (“Maybe some of them become songs.”)

Overall, this was a good, but not great, episode. It pares it down to the basics and lets the show get free of some of the burden of continuity, while giving us a charismatic new companion. I'm excited to see where we go next.

My review of next week's episode: Smile.

Heeeey, JOHN SIMMMM. I can't help but be excited by this, even though I couldn't stand Simm's trippy take on the Master. Hopefully, Moffat will tone him down a bit.

My sister initially speculated that the regeneration we see in the “Coming Soon” clip is actually the Master regenerating into Missy, even if the coat worn by that character is also shown on the Doctor. Now, she’s thinking it’s a flash-forward dream of some character. I like the Master theory, because it sounds just like the sort of rug-pull trick which Steven Moffat would throw at us. However, Moffat has said he's written an episode in which Missy and John Simm's Master interact, so I don't know how that theory fits in.