Back in the ’90s, the two British actors co-starred in Jeeves and Wooster. Fry and Laurie played, respectively, the unflappable, omniscient valet, Jeeves, and his dimwitted, talkative employer, Bertrum Wilberforce Wooster. The stories are set in an idyllic pre-war atmosphere, where the greatest ill that can befall a man is ridiculous romantic dilemmas or bogus get-rich-quick schemes. Let’s be honest, it’s pure escapism—albeit escapism with lively wit, brilliant plotting, and hilarious (if somewhat one-dimensional) characters. No one ages and, of course, no one dies.


That’s why it’s so weird to see old Fry and Laurie. I had a similar reaction to seeing Anthony Valentine in a modern movie. I’d had a crush on him in the 1975 TV show Raffles…and suddenly, he was in his seventies. He's old enough to be my grandfather.


Why this violent reaction, this jerking back from reality?


C.S. Lewis writes in Reflections on the Psalms:


We are so little reconciled to time that we are even astonished at it. “How he’s grown!” we exclaim, “How time flies!” as though the universal form of our experience were again and again a novelty. It is as strange as if a fish were repeatedly surprised at the wetness of water. And that would be strange indeed; unless of course the fish were destined to become, one day, a land animal.


Wikipedia tries to quantify it: Death is the permanent cessation of all biological functions that sustain a particular living organism. 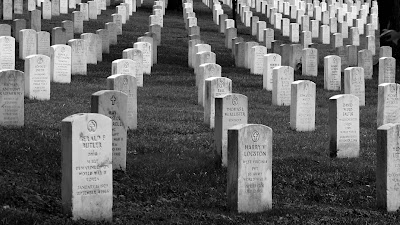 Aging and death are things that seldom intrude into escapist fiction, but often into modern novels. Reading lists are packed with stories written by intrepid, Ivy-league graduates willing to take an unflinching look at the gritty world and describe the random, ugly squalor of death and life. There is no room for happiness in this Quentin Tarantino outlook.

This is true intellectual bravery, we are told.

“Fantasy is escapist, and that is its glory. If a soldier is imprisoned by the enemy, don't we consider it his duty to escape?. . .If we value the freedom of mind and soul, if we're partisans of liberty, then it's our plain duty to escape, and to take as many people with us as we can!”
Thus his purpose was to effect an escape from materialism—from the idea that we are at home here. We are destined to become land animals.

Secondly, he turned the criticism back at the critics, pointing out that modern culture in general is obsessed with escaping the one reality which cannot be escaped: death. By contrast, his books, and many fairytales, take death by the horns and defeat it properly. Tolkien, speaking about fantasy writers, replies via his poem Mythopoeia:

It is not they that have forgot the Night,
or bid us flee to organized delight,
in lotus-isles of economic bliss
forswearing souls to gain a Circe-kiss
(and counterfeit at that, machine-produced,
bogus seduction of the twice-seduced).
Such isles they saw afar, and ones more fair,
and those that hear them yet may yet beware.


I return to the subject. All you have to do is look at society to see we will do anything humanly possible to escape death. Like a condemned prisoner in A Tale of Two Cities, our “hold on life is strong, and…very, very hard, to loosen; by gradual efforts and degrees unclosed a little here, it clenched the tighter there.”


That’s not to say it’s true over the board. Many, rather than avoiding it, give in to it. These are the aforementioned Ivy League Tarantino worshippers. The result is despair.


Tolkien: “Before them gapes/ the dark abyss to which their progress tends.”


N.D. Wilson: “Does God tell stories of heroin addicts and alleys in Seattle? Yes, he does. And so you have the edgy hipster types who say ‘That’ll be the only story I tell.’ I will spend all my time in the alleys of Seattle, and I will not acknowledge the presence of anything cute. Sunsets…kinda tacky. I will always have the sun setting over an industrial wasteland. I will never have that pink fluffy cumulus effect…because that’s just weak.”


You have the right-to-die movement, who try to gloss over the despair with a stern-faced, so-called bravery, but this too, is really the desire to run. They want to escape too. They want to escape suffering or a “loss of dignity”, which are apparently fates worse than death. They are afraid of pain and humility, two elements which God has used countless times to refine his protagonists.

To be, or not to be: that is the question:
Whether 'tis nobler in the mind to suffer
The slings and arrows of outrageous fortune,
Or to take arms against a sea of troubles,


And by opposing end them?


No more; and by a sleep to say we end