Meanwhile, the new boss - Joe Moody - is settling in. Superintendent Innocent has transferred, going out in a blaze of karaoke glory. Moody is from London, so, as you can imagine, the poor greenhorn has no idea what he's in for. To him, happy-go-lucky Robbie Lewis appears some absentminded old duffer, rather than a battle-hardened 28-year veteran of England's bloodiest city. Moody's inclined to micromanage, and instructs Hathaway to call him "Joe." One gets the impression that Moody is a man who has read a dozen how-to books on good management at the workplace, but never developed people skills to pad out platitudes. And who needs that in the calm streets of London? But this is war.

Soon after the first body is discovered, artist Talika Desai is found dead of an overdose above a taxidermy shop. The shop is owned by Jasper Hammond (Tim Piggott-Smith), who's left her part of the shop in his will. This, understandably, annoys his nephew, Sean Wilkinson - a flashy dresser and suspiciously sleazy character. Motives abound. 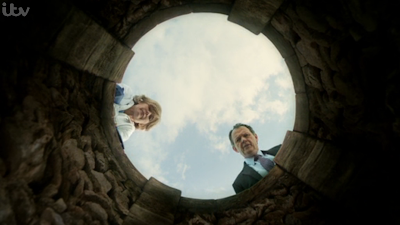 As for other suspects, there's Talika's tutor Vivienne Tedman (Helen Schlesinger) and Vivienne's husband, Ian (played by Steve Pemberton, and you know the usual rule for august guest stars). As it turns out, Ian had an affair with Talika, but he and his wife patched up their differences and are about to celebrate their 25th wedding anniversary. Their son, Ollie, is the boyfriend of Talika's cutesy vlogger sister, Sahira. When Sahira finds out about Talika and Ian's affair, she is, to put it lightly, not amused.

Hathaway and Hobson visit Talika's art exhibition, where Hobson giggles at two teenagers "falling in love over the dead things." Pot, meet kettle. Hathaway misses this opportunity for a joke, instead showing about 300% more emotion than he has in the last eight seasons, while staring at a dead animal and talking to a pathologist about his father. That guy really needs to get his priorities straight. But James's joking self is back in time to make fun of Lewis when the latter tries to bemoan his possible firing. I thought Lewis wanted to retire.

While these questions are left hanging as we reach the end of part one, the twin conflicts - Hathaway's father, Lewis's job - have, so far, given the show (somewhat sleepy of late) more momentum than usual. Even better, these come accompanied by a genuinely intriguing cliffhanger. After a bit of footwork, Lewis identifies the body in the well as Indrek Kalda, and one of Talika's performance art videos appears to show his murder. Our deaths are connected.

Suspecting Jasper Hammond of murdering her sister, Sahira Desai posts a video accusing him of the murder. His house is vandalized, and while he's inclined to shrug it off, his nephew is less forgiving. Which is ironic, because it soon turns out Sean has his own secrets. 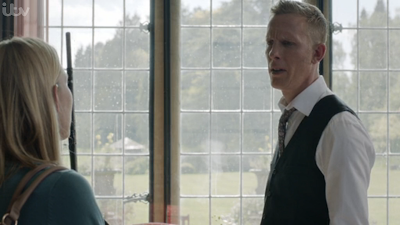 Related to this: Bryony Willet, a woman who runs a homeless shelter and employs Ollie Tedman, is shown to be dealing cocaine. Soon after her arrest (a team effort by Lizzie and gung-ho Chief Super Moody), she collapses from poison. After the doctor examines her, it is revealed she had trace amounts of arsenic in her system - a sign she was somehow involved in taxidermy. Soon enough, Hathaway finds wads of cash hidden inside Talika's artwork.

At last, the meaning of the performance art is tied in. Hathaway finds the location where the video was shot (and, I believe, thereby visits the roof of Trinity College chapel, a notable location from Endeavour: it's where Fred Thursday confronted the killer in the finale of Fugue), the lads take a trip to the library and find all the evidence they need. 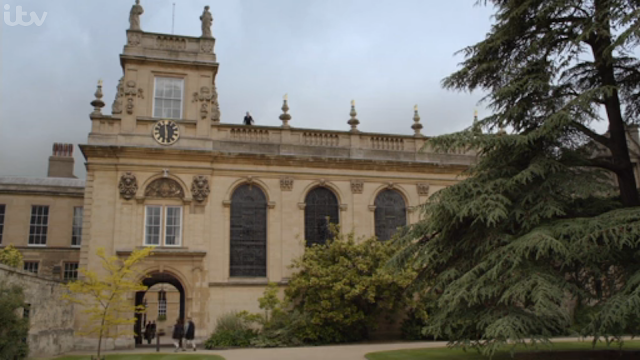 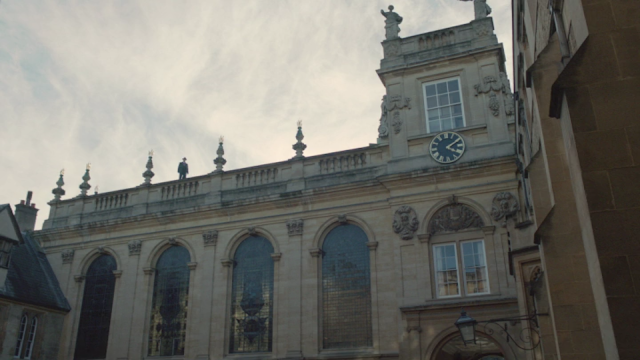 The solution itself feels a little rushed, coming after an episode which was overstuffed with events and characters. By the time Hathaway and Paterfamilias Hathaway get around to a little bonding time (with Lewis there as third wheel, just to remind us that this is still his show), we've nearly forgotten about James's family troubles. As it is, the bonding that does take place is instant and does not feel earned. Perhaps this will be revisited in future episodes.

Overall: not bad, but it leaves no time for closure or growth, and because of the superfluity of plot, we don't get to know the characters. One last thing: Hathaway stops reading one of my favorite poems - Gerard Manley Hopkins's God's Grandeur - right before the best part, which needs to be corrected, showrunners. That was just cruel.

My review of next week's episode: Magnum Opus