Tolkien on the Incarnation

Incarnation proves the intrinsic worth of each human person.

The Incarnation of Jesus Christ was one of the central ideas in J.R.R. Tolkien's theology. Besides his philological attention to the whole idea of the word-made-flesh, he was interested in in the Incarnation’s refutation of the perceived schism between body and spirit, an idea particularly fostered in modern times. In the good old days, it was branded a heresy: Gnosticism. The Gnostics believed in the supremacy of the spirit over uncouth bodies. The vice versa equivalent would probably be modern secular materialism, placing all emphasis on what can be quantified. Both ideas are popular now, with trendy pop-Buddhism taking the place of Gnostic spiritualism. Tolkien rebelled against this attitude. As a Christian he saw clearly that the Incarnation sanctified both the body and the spirit—if God took on flesh, the body could hardly be unclean, and yet Jesus insisted on spiritual realities, being himself an incarnation of an abstract—the word made flesh.

But what does this have to do with Tolkien’s writing? He wrote fantasy novels, which surely have no relation to the real world, much less theology.

Well, since you ask.

Tolkien famously despised allegory, but he also insisted that the moral structure of his universe emulate the real-world forms good and evil (see letters 131, 172, 288). It was a difference of truth, a foundation, as it were, and facts, which, if merely window-dressing, can be changed. Like Chesterton, he believed that “On plains of opal, under cliffs cut out of pearl, you would still find a notice-board, ‘Thou shalt not steal’” (GKC, The Blue Cross.) 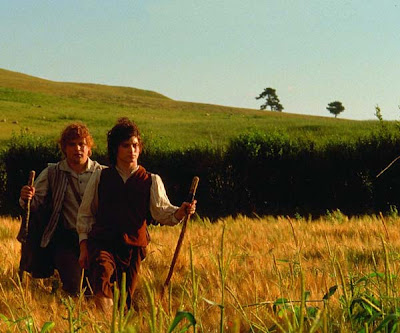 Tolkien also believed a renewed interest in fairytales would do much towards the renewal of the modern world. In one way, the medium is the message. Fantasy lends us an escape from materialism (of course it’s escapist! Tolkien would exclaim to his detractors), and The Lord of the Rings in particular is too grounded in the ordinary and the absurd to appeal to Gnostics.

Think about it. In a world where heroes love ale, pipeweed, and a hot bath, and resurrected gods immediately ask for broiled fish, who can seriously discount ordinary life? On the other hand, when the world is full of dragons and wizards, or even more odd, cats and rhinoceroses and Old Testament prophets, who could deny the spiritual?

I’m not just reading this into it. The world of The Lord of the Rings not only combines all those elements into the plot-line, but several characters comment on it. For instance: two countries are identified as more grounded and homely: the Shire and Rohan. They have forgotten the legends and myths of the world’s making. But the heroes coming from these countries are forced to remember the forgotten stories (these characters are the closest to the modern secular audience Tolkien knew he was writing for.)

King Theoden, an elderly ruler longing for the grandeur of his ancestors, is astonished to encounter Ents, semi-angelic beings from legends he had dismissed as old wives’ tales.

The king was silent. ‘Ents!’ he said at length. ‘Out of the shadows of legend I begin a little to understand the marvel of the trees, I think. I have lived to see strange days. Long we have tended our beasts and our fields, built our houses, wrought our tools, or ridden away to the in the wars of Minas Tirith. And that we called the life of Men, the way of the world. We cared little for what lay beyond the borders of our land. Songs we have that tell of these things, but we are forgetting them, or teaching them only to children, as a careless custom. And now the songs have come down among us out of strange places, and walk visible under the Sun.’


The word made flesh. As for the hobbits (who the Rohirrim also consider legendary), Merry and Pippin are forced to cope with a world much larger than their England prototype existence has prepared them for. While the Shire is a sort of Eden, it is imperfect—people are ignorant and shackled to dull respectability (though Tolkien looks on these offenses with a humorous eye). Merry, Pippin, and Bilbo all grow by leaving their homes and becoming mature heroes.

Parenthetically, Frodo has a much more complex journey. Tim Keller quotes an unnamed critic on the subject saying that “The Hobbit is an Adventure, but the The Lord of the Rings is a Quest. The Hobbit is…a ‘there and back again.’ It’s an exciting thing you choose. You go...it spices up your life and then you come home again.…But a Quest is not something you choose, it comes to you....you never really come back from a Quest....you either die...or if you do come back you are so changed that you never in a sense really do come back.” As Sam says, “Don't the great tales never end?” They don't. Frodo never comes back. For him it is “the long defeat.”

But what about the others? The adventurers? What is it that the hobbits find in the world outside the shire? Trolls. Elven palaces. Dragon hoards. Kingdoms of men. Bravery. Honor. The Divine. Tolkien consciously connected the elves with the divine magic of Ilúvatar, creator of Middle-Earth (and a mixture of elves and men in the unions of Beren and Luthien, Aragorn and Arwen, could be seen as an echo of the Incarnation). Frodo already had an idea of this grace without even leaving the Shire. Others, like Sam, Merry, and Pippin, needed to travel to encounter this spirituality outside the sheltered countryside of Hobbiton. Other lands have a closer connection to the lost glory of Valinor, remaining in such customs as a prayer-like ritual before meals.

Before they ate, Faramir and all his men turned and faced west in a moment of silence. Faramir signed to Frodo and Sam that they should do likewise.

‘So we always do,’ he said, as they sat down: ‘we look towards Numenor that was, and beyond to Elvenhome that is, and to that which is beyond Elvenhome and will ever be.’


After the battle of the Pelennor Fields, Pippin and Merry are marveling at the grandeur and nobility of Aragorn, and musing on this growth in their lives. Pippin says of Aragorn:

‘Was there ever any one like him?...Except Gandalf, of course. I think they must be related….Dear me! We Tooks and Brandybucks, we can’t live long on the heights.’

‘No,’ said Merry. ‘I can’t. Not yet at any rate. But at least, Pippin, we can now see them and honour them. It is best to love first what you are fitted to love, I suppose: you must start somewhere and have some roots, and the soil of the Shire is deep. Still there are things deeper and higher; and not a gaffer could tend his garden in what he calls peace but for them, whether he knows about them or not. I am glad that I know about them, a little.’

~The Return of the King 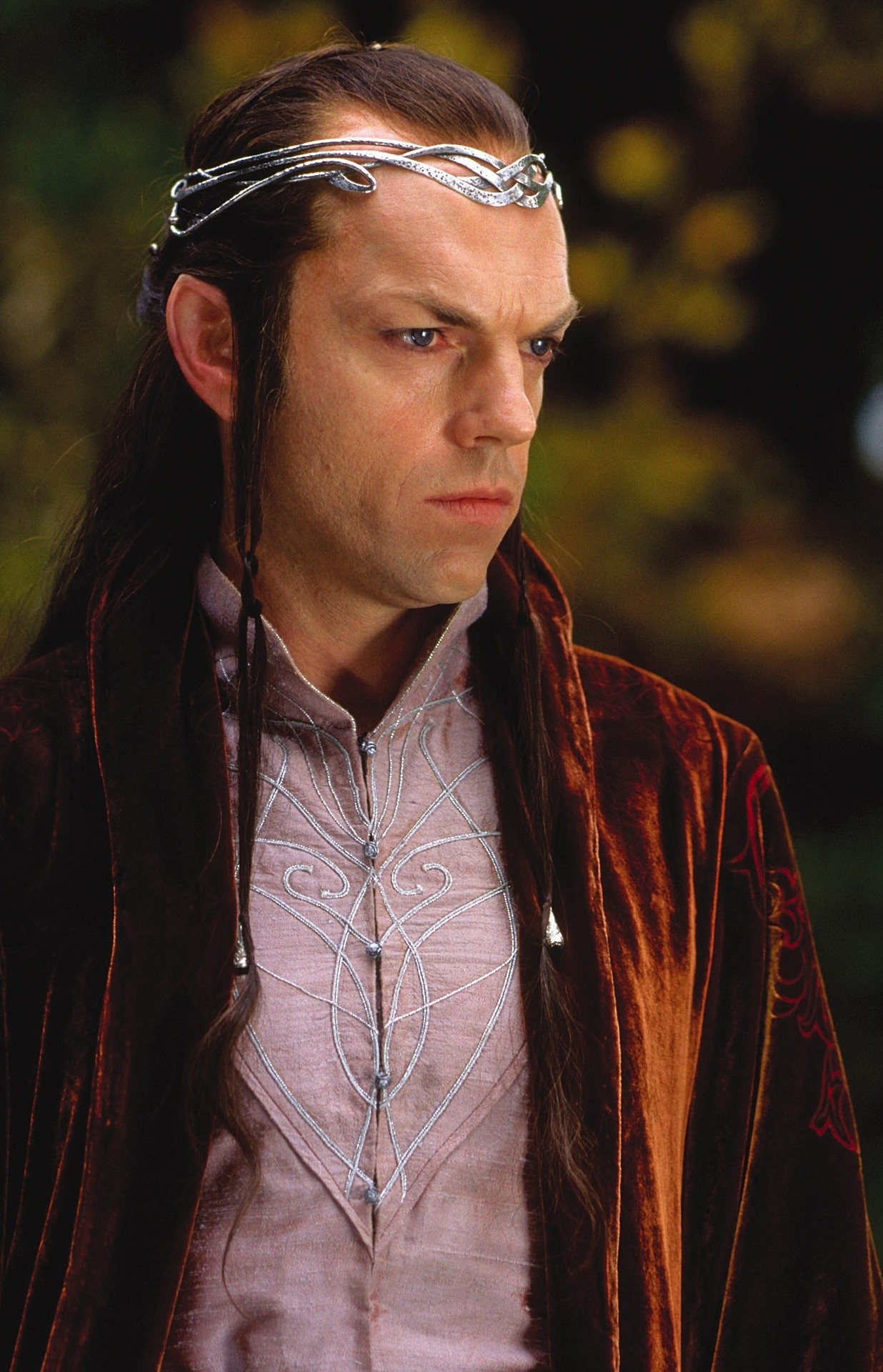 The Shire is not enough. At the same time, these peaceful, ordinary little men use what they gained from that inadequate, sheltered life in Westfarthing to save all of Middle-Earth (more or less: the ultimate credit goes to slippery rocks...or, more likely, Providence). The myth-saturated, spiritual world of Gondor, Rivendell, and Lothlorien are all, in the end, humbled because of the bravery of a lower-class gardener (I mean, of course, Sam—Tolkien himself called him “the chief hero,” letter 131).

The more spiritual races are inadequate as well. Men and dwarves are obviously fallen, and while the elves are shown in a positive light for most of The Lord of the Rings, in The Silmarillion their flaws are more prominent. (For instance, see the corruption of Feanor, creator of the Silmarils and Palantiri.)


For Tolkien these two contrasting paradigms are both flawed, but must necessarily meet somewhere in the middle. Of course, he wasn’t consciously identifying each party with Gnosticism and materialism—he was adamant that any allegory in The Lord of the Rings was not intentional, but merely incidental to his worldview shaping the story. These two camps can also be examples of elitism versus humility, and knowledge versus ignorance, but the high-minded spiritualism versus pragmatic materialism is a relation worth noting.

It’s also important that Tolkien ascribed to G.K. Chesterton’s view of the world as caught between two opposing mindsets: optimism which can see no flaws in the universe, and pessimism, which can see nothing but flaws. The solution was a sort of happy medium that Chesterton called patriotism (Tolkien had Gandalf channel this for the famous line “All we have to do”, letter 312):

My acceptance of the universe is not optimism, it is more like patriotism. It is a matter of primary loyalty. The world is not a lodging-house at Brighton, which we are to leave because it is miserable. It is the fortress of our family, with the flag flying on the turret, and the more miserable it is the less we should leave it. The point is not that this world is too sad to love or too glad not to love; the point is that when you do love a thing, its gladness is a reason for loving it, and its sadness a reason for loving it more.

This, too, echoes the Incarnation. We mustn’t, as the materialists, embrace the world as completely sufficient for our needs (in particular avoiding the reality of death, like the Numenorians), nor eschew it for an abstract spiritualism (as Denethor does at the last, abandoning ship, as it were). Instead, we must love it as a patriot love his country—“its gladness is a reason for loving it, and its sadness a reason for loving it more.”

Or, as it might be said: “There’s some good in this world, Mr. Frodo—and it’s worth fighting for.”

What of the fate of Middle-Earth? Tolkien always described it as existing in a pre-Christ period…but would Iluvatar ever take on flesh and dwell among hobbits? In his posthumously published tale The Debate Between Finrod and Andreth Tolkien hints at the possibility. And yet, he says, “The incarnation of God is an infinitely greater thing than anything I would dare to write” (letter 237).

And the Word was made flesh, and dwelt among us (and we beheld His glory, the glory as of the only Begotten of the Father), full of grace and truth.
~John 1:1-14